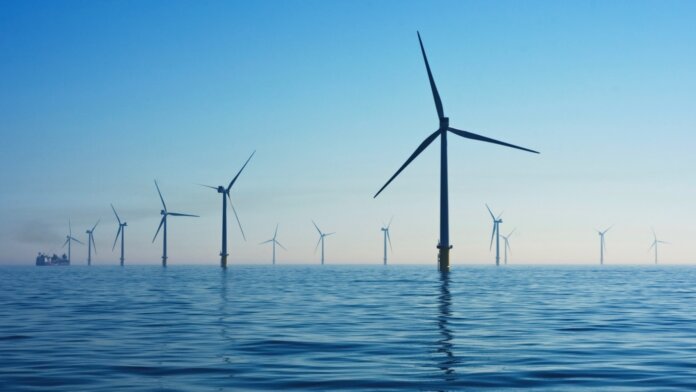 Wind is to the North Sea as sun is to the Sahara. And just as the latter is a tantalizing location to generate solar power, so the former is for making electricity from wind.

Of course, it comes with a special set of engineering challenges. You have to assemble, lift, and anchor (or float) giant wind turbines in the middle of a notoriously rough sea—then you have to figure out how to transport electricity from these sea turbines to thousands of households back on land.

It’s no easy task. But countries bordering the North Sea are pushing to more fully exploit their wind advantage. The UK claims the biggest offshore wind farm in the world and also leads the world in installations. Germany comes next, and Denmark and Belgium aren’t far behind. Still, offshore wind is yet a small, relatively expensive fraction of total wind power worldwide.

Denmark, an early leader in offshore wind, is hoping to help change that with a big new project. The country’s government has committed to building a $34 billion artificial island 50 miles off the coast of the Jutland peninsula. Once complete, the island will host a power plant to gather electricity from 200 towering offshore wind turbines—each of which will stand near the height of the Eiffel Tower, from the sea’s surface to blade tips.

Initially, the island will produce 3 gigawatts of electricity, but that could scale to as much as 10 gigawatts—over 5 times Denmark’s current offshore wind capacity and enough to provide electricity to 10 million households.

The project was announced and approved by the Danish government last summer. It’s one of two “energy islands”—the other, slated to produce 2 gigawatts, is an actual island called Bornholm in the Baltic Sea—that the government hopes will help it reach a goal of carbon neutrality by 2050.

This week, the country officially announced selection of the Jutland location and ownership details of the public-private project. Initial studies also got the green light to begin mapping the seafloor, investigating drilling needs, and looking into the project’s impact on wildlife.

Beyond Denmark, the sea-based power station will supply electricity to several countries bordering the North Sea, likely including the Netherlands, Germany, and the UK. The platform will also make room for grid-scale battery storage and even equipment to make carbon-free fuels, like hydrogen. It will be the country’s largest-ever construction project.

If both energy islands are completed as planned and reach full capacity, according to the Financial Times, they would increase Europe’s current offshore wind by 54 percent.

Of course, as is always the case for ambitious infrastructure projects, timelines are malleable, and a lot can change over the course of a decade.

But recent trends suggest such projects will continue to be desirable.

The price of electricity from new onshore wind power plants fell 70 percent in the last decade. Offshore wind is still relatively more expensive, according to Our World in Data’s Max Roser, but he suggests offshore cost declines may accelerate. Offshore winds are more consistent, installations can take advantage of bigger, more efficient wind turbines, and to a degree, learnings from onshore installations should transfer to offshore.

Already, there are signs offshore wind is beginning to support its own weight in the windiest places. In recent years, energy firms have begun signing offshore wind farm agreements they believe will be profitable at market rates without subsidies.

Ultimately, Denmark’s energy islands will be one (albeit significant) project to harvest the North Sea’s abundant wind energy. According to the Danish government, the North Sea could generate 150 gigawatts of electricity by 2040—enough to power 150 million households. So stay tuned—the race to more fully harness the sun and wind is just getting started.