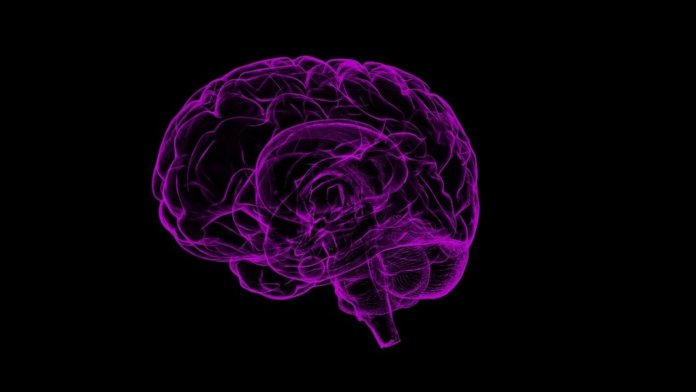 Unless you’re in the lithium battery or paint business, you’re probably not familiar with cobalt. Yet according to a new paper, it may be the secret sauce for an entirely new kind of computer—one that combines quantum mechanics with the brain’s inner workings.

The result isn’t just a computer with the ability to learn. The mechanisms that allow it to learn are directly embedded in its hardware structure—no extra AI software required. The computer model also simulates how our brains process information, using the language of neuron activity and synapses, rather than the silicon-based churning CPUs in our current laptops.

The main trick relies on the quantum spin properties of cobalt atoms. When cleverly organized into “networks,” the result is a “quantum brain” that can process data and save it inside the same network structure—similar to how our brains work. To sum up: it’s a path towards a true learning machine.

That’s great news for AI. Powerful as it is, machine learning algorithms are extremely energy-hungry. While the tech giants have massive data centers tailored to process computational needs, it’s inefficient and generates a huge carbon footprint. More troubling is when experts look ahead. Although computing prowess has doubled every year and half to two years—known colloquially as “Moore’s law”—recent observations show that it may be on its last legs.

“Our new idea of building a ‘quantum brain’ based on the quantum properties of materials could be the basis for a future solution for applications in AI,” said lead author Dr. Alexander Khajetoorians at Radboud University in Nijmegen, the Netherlands.

How can neuroscience, quantum mechanics, and AI mesh?

It starts with similarities between the brain and machine learning methods like deep learning. No surprise here, since the latter was loosely based on our minds. The problem comes when these algorithms are run on current computers. You see, even state-of-the-art computers process information and store them in separate structures. The CPU or GPU, by itself, can’t store data. This means that data needs to be constantly shuttled between the processing and memory units. It’s not a big deal for small things, like recognizing images, but for larger problems it rapidly slows the whole process down, while increasing energy use.

In other words, because AI mimics the brain, which has a completely alien structure to modern computers, there’s a fundamental incompatibility. While AI algorithms can be optimized for current computers, they’re likely to hit a dead end when it comes to efficiency.

Enter neuromorphic computing. It asks you to forget everything you know about computer design—chips, CPUs, memory hard drives. Instead, this type of new-age “computer” taps into the brain’s method for logging, processing, and storing information—all in one place. No data shuttling means less time and energy consumption, a win for AI and for the planet.

In rough strokes, the brain’s neural networks use several types of computing. One relies on the neuron, which determines based on input whether it should “fire”—that is, pass on the data to its neighbor. Another method uses synapses, which fine-tunes the degree a neuron can transmit the data and store them at the same time, using “states.” Say you have a network of neurons, connected by synapses, that collectively store a chili recipe. You learned that adding bacon and beer makes it better. The synapses, while processing this new data—what we call “learning”—also update their state to encode and store the new information.

The takeaway: in the brain, data processing, learning, and memory all occur at the same spot.

Still with me? Now for the third member of our ménage à trois—cobalt.

To tackle the problem of learning hardware, back in 2018 the team found that single cobalt atoms could potentially take over the role of neurons. At this atomic level, the mechanics of quantum physics also come into play, with some seriously intriguing results. For example, an atom can have multiple states—called “spin”—simultaneously. At any time, an atom will have a probability to be in one state, and another probability for a different state—a bit similar to whether a neuron decides to fire or not, or a synapse will pass on data or not. In quantum mechanics, this weird “is the cat alive or dead” state is dubbed superposition.

Another feature, quantum coupling, allows two atoms to functionally “bind” together so that the quantum spin state of one atom changes another—similar to neurons talking and bonding with each other.

The team’s insight is that they could leverage these quantum properties to build a system similar to neurons and synapses in the brain. To do so, they fabricated a system that overlays multiple cobalt atoms on top of a superconducting surface made of black phosphorus.

They then tested whether they could induce firing and networking between the cobalt “neurons.” For example, is it possible to embed information in the atom’s spin states? Can we make these atoms simulate a neuron firing?

The answer is a clear yes. Using tiny currents, the team fed the system simple binary data of 0s and 1s. Rather than encoding practical information—such as an image or sound—the data here represented different probabilities of atoms in the system encoding 0 or 1.

Next, the team zapped the network of atoms with a small voltage change, similar to the input our neurons receive. The tiny electrical zap generated behavior eerily similar to the brain’s mechanics. For example, it “double-tapped” the system, so that the quantum brain exhibited both processes analogous to neurons firing and changes in their synapses.

This is especially neat: other neuromorphic computing systems—those based on the brain—generally focus on either an artificial neuron or artificial synapses. Many are built from rare materials requiring strict temperatures to function. Combining both inside a single material, cobalt, isn’t just novel. It’s efficient, more affordable, and easier.

Similar to neurobiology, the system’s “synapses” also changed with time, based on the electrical input they experienced.

“When stimulating the material over a longer period of time with a certain voltage, we were very surprised to see that the synapses actually changed,” said Khajetoorians. “The material adapted its reaction based on the external stimuli that it received. It learned by itself.”

For now, the team will have to scale up their system, and demonstrate that it can process real-world information. They’ll also need to build a machine based on the entire setup, showing that it works not just in bits and pieces, but practically as a whole. And there’s always competition from customized AI-tailored chips, now being optimized by many tech giants.

But the quantum brain is nothing to roll your eyes at. With one major component, the team was able to mimic key brain processes—neuron firing, synapse processing, and learning—at an atomic scale. With the rise of quantum computing, algorithms tailored to the machine’s “spooky action at a distance” could further increase the system’s efficiency. Parallel processing, something our brains do very well but that stumps modern computers, has been scientists’ stretch goal for quantum computers since the 1990s.

For their next pursuit, the team plans to uncover more quantum materials with different properties that may be more efficient than cobalt. And they’d like to dig into why the quantum brain works as well as it does.

“We are at a state where we can start to relate fundamental physics to concepts in biology, like memory and learning,” said Khajetoorians. “Yet, only when we understand how it works—and that is still a mystery—will we be able to tune its behavior and start developing it into a technology.”

Despite the unknowns, the study opens up an exciting field at the nexus between neuroscience, quantum computing, and AI. “It is a very exciting time,” said Khajetoorians.