AI Is an Energy-Guzzler. We Need to Re-Think Its Design, and Soon 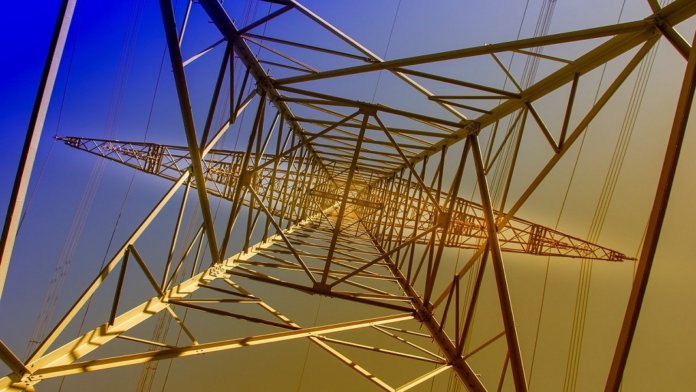 There is a saying that has emerged among the tech set in recent years: AI is the new electricity. The platitude refers to the disruptive power of artificial intelligence for driving advances in everything from transportation to predicting the weather.

Of course, the computers and data centers that support AI’s complex algorithms are very much dependent on electricity. While that may seem pretty obvious, it may be surprising to learn that AI can be extremely power-hungry, especially when it comes to training the models that enable machines to recognize your face in a photo or for Alexa to understand a voice command.

The scale of the problem is difficult to measure, but there have been some attempts to put hard numbers on the environmental cost.

For instance, one paper published on the open-access repository arXiv claimed that the carbon emissions for training a basic natural language processing (NLP) model—algorithms that process and understand language-based data—are equal to the CO2 produced by the average American lifestyle over two years. A more robust model required the equivalent of about 17 years’ worth of emissions.

The authors noted that about a decade ago, NLP models could do the job on a regular commercial laptop. Today, much more sophisticated AI models use specialized hardware like graphics processing units, or GPUs, a chip technology popularized by Nvidia for gaming that also proved capable of supporting computing tasks for AI.

OpenAI, a nonprofit research organization co-founded by tech prophet and profiteer Elon Musk, said that the computing power “used in the largest AI training runs has been increasing exponentially with a 3.4-month doubling time” since 2012. That’s about the time that GPUs started making their way into AI computing systems.

Getting Smarter About AI Chip Design

While GPUs from Nvidia remain the gold standard in AI hardware today, a number of startups have emerged to challenge the company’s industry dominance. Many are building chipsets designed to work more like the human brain, an area that’s been dubbed neuromorphic computing.

One of the leading companies in this arena is Graphcore, a UK startup that has raised more than $450 million and boasts a valuation of $1.95 billion. The company’s version of the GPU is an IPU, which stands for intelligence processing unit.

To build a computer brain more akin to a human one, the big brains at Graphcore are bypassing the precise but time-consuming number-crunching typical of a conventional microprocessor with one that’s content to get by on less precise arithmetic.

The results are essentially the same, but IPUs get the job done much quicker. Graphcore claimed it was able to train the popular BERT NLP model in just 56 hours, while tripling throughput and reducing latency by 20 percent.

An article in Bloomberg compared the approach to the “human brain shifting from calculating the exact GPS coordinates of a restaurant to just remembering its name and neighborhood.”

Graphcore’s hardware architecture also features more built-in memory processing, boosting efficiency because there’s less need to send as much data back and forth between chips. That’s similar to an approach adopted by a team of researchers in Italy that recently published a paper about a new computing circuit.

The novel circuit uses a device called a memristor that can execute a mathematical function known as a regression in just one operation. The approach attempts to mimic the human brain by processing data directly within the memory.

Daniele Ielmini at Politecnico di Milano, co-author of the Science Advances paper, told Singularity Hub that the main advantage of in-memory computing is the lack of any data movement, which is the main bottleneck of conventional digital computers, as well as the parallel processing of data that enables the intimate interactions among various currents and voltages within the memory array.

Ielmini explained that in-memory computing can have a “tremendous impact on energy efficiency of AI, as it can accelerate very advanced tasks by physical computation within the memory circuit.” He added that such “radical ideas” in hardware design will be needed in order to make a quantum leap in energy efficiency and time.

It’s Not Just a Hardware Problem

The emphasis on designing more efficient chip architecture might suggest that AI’s power hunger is essentially a hardware problem. That’s not the case, Ielmini noted.

“We believe that significant progress could be made by similar breakthroughs at the algorithm and dataset levels,” he said.

He’s not the only one.

One of the key research areas at Qualcomm’s AI research lab is energy efficiency. Max Welling, vice president of Qualcomm Technology R&D division, has written about the need for more power-efficient algorithms. He has gone so far as to suggest that AI algorithms will be measured by the amount of intelligence they provide per joule.

One emerging area being studied, Welling wrote, is the use of Bayesian deep learning for deep neural networks.

It’s all pretty heady stuff and easily the subject of a PhD thesis. The main thing to understand in this context is that Bayesian deep learning is another attempt to mimic how the brain processes information by introducing random values into the neural network. A benefit of Bayesian deep learning is that it compresses and quantifies data in order to reduce the complexity of a neural network. In turn, that reduces the number of “steps” required to recognize a dog as a dog—and the energy required to get the right result.

The DSNN actually imitates the way neurons interact with synapses, which send signals between brain cells. Individual “spikes” in the network indicate where to perform computations, lowering energy consumption because it disregards unnecessary computations.

The system is being used by cancer researchers to scan millions of clinical reports to unearth insights on causes and treatments of the disease.

Helping battle cancer is only one of many rewards we may reap from artificial intelligence in the future, as long as the benefits of those algorithms outweigh the costs of using them.