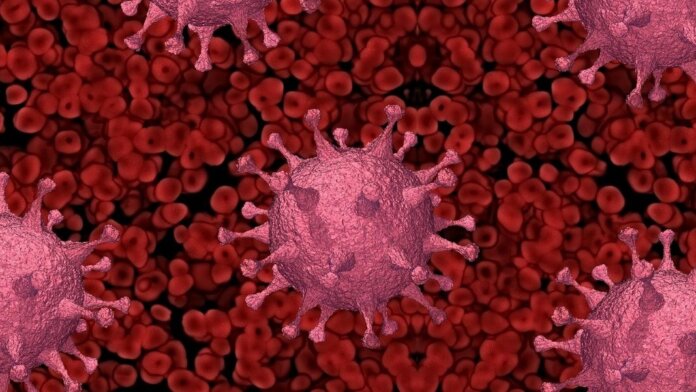 When I was asked to calculate the total volume of SARS-CoV-2 in the world for the BBC Radio 4 show “More or Less,” I will admit I had no idea what the answer would be. My wife suggested it would be the size of an Olympic swimming pool. “Either that or a teaspoon,” she said. “It’s usually one or the other with these sorts of questions.”

So how to set about calculating an approximation of what the total volume really is? Fortunately, I have some form with these sorts of large-scale back-of-the-envelope estimations, having carried out a number of them for my book The Maths of Life and Death. Before we embark on this particular numerical journey, though, I should be clear that this is an approximation based on the most reasonable assumptions, but I will happily admit there may be places where it can be improved.

So where to start? We’d better first calculate how many SARS-CoV-2 particles there are in the world. To do that, we’ll need to know how many people are infected. (We’ll assume humans rather than animals are the most significant reservoir for the virus.)

According to stats website Our World in Data, half a million people are testing positive for Covid every day. Yet we know that many people will not be included in this count because they are asymptomatic or choose not to get tested, or because widespread testing is not readily available in their country.

Using statistical and epidemiological modeling, the Institute for Health Metrics and Evaluations has estimated that the true number of people infected each day is more like three million.

The amount of virus that each of the people currently infected will carry around with them (their viral load) depends on how long ago they were infected. On average, viral loads are thought to rise and peak about six days after infection, after which they steadily decline.

Let’s work with the higher end of the estimates so that we get an overestimate of the total volume at the end. When you add up all the contributions to the viral load of each of the three million people who became infected on each of the previous days (assuming this three million rate is roughly constant), then we find that there are roughly two quintillion (2×10¹⁸ or two billion billion) virus particles in the world at any one time.

This sounds like a really big number, and it is. It is roughly the same as the number of grains of sand on the planet. But when calculating the total volume, we’ve got to remember that SARS-CoV-2 particles are extremely small. Estimates of the diameter range from 80 to 120 nanometers. One nanometer is a billionth of a meter. To put it in perspective, the radius of SARS-CoV-2 is roughly 1,000 times thinner than a human hair. Let’s use the average value for the diameter of 100 nanometers in our subsequent calculation.

Assuming a 50 nanometer radius (at the center of the estimated range) of SARS-CoV-2 for the value of r, the volume of a single virus particle works out to be 523,000 nanometres³.

Multiplying this very small volume by the very large number of particles we calculated earlier, and converting into meaningful units gives us a total volume of about 120 milliliters (ml). If we wanted to put all these virus particles together in one place, then we’d need to remember that spheres don’t pack together perfectly.

If you think about the pyramid of oranges you might see at the grocery store, you’ll remember that a significant portion of the space it takes up is empty. In fact, the best you can do to minimize empty space is a configuration called “close sphere packing” in which empty space takes up about 26 percent of the total volume. This increases the total gathered volume of SARS-CoV-2 particles to about 160ml, easily small enough to fit inside about six shot glasses. Even taking the upper end of the diameter estimate and accounting for the size of the spike proteins all the SARS-CoV-2 still wouldn’t fill a Coke can.

It turns out that the total volume of SARS-CoV-2 was between my wife’s rough estimates of the teaspoon and the swimming pool. It’s astonishing to think that all the trouble, the disruption, the hardship, and the loss of life that has resulted over the last year could constitute just a few mouthfuls of what would undoubtedly be the worst beverage in history. 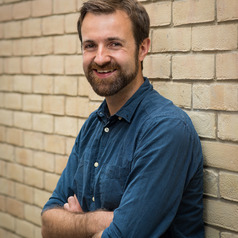 Christian Yateshttps://kityates.com/
I'm a Senior Lecturer in Mathematical Biology and also an author. In my first book, the Maths of Life and Death (https://amzn.to/2MkmdcM) I explore the true stories of life-changing events in which the application (or misapplication) of mathematics has played a critical role: patients crippled by faulty genes and entrepreneurs bankrupt by faulty algorithms; innocent victims of miscarriages of justice and the unwitting victims of software glitches. I follow stories of investors who have lost fortunes and parents who have lost children, all because of mathematical misunderstanding. I wrestle with ethical dilemmas from screening to statistical subterfuge and examine pertinent societal issues such as political referenda, disease prevention, criminal justice and artificial intelligence. I show that mathematics has something profound or significant to say on all of these subjects, and more. Rather than just pointing out the places in which maths might crop up, I also try to arm the readers with simple mathematical rules and tools which can help them in their everyday life: from getting the best seat on the train, to keeping one’s head when on the receiving end of an unexpected test result from the doctor. I suggest simple ways to avoid making numerical mistakes and gets his hands dirty with newsprint when untangling the figures behind the headlines. I also get up close and personal with the maths behind consumer genetics and display maths in action as I highlight the steps we can all be taking to help halt the spread of deadly diseases. For my day job I work on a diverse range of areas of Biology in which randomness plays an important role. I have studied the migration behaviours of cells in order to understand early embryonic diseases and the collective behaviour of locusts in order to help prevent outbreaks. I have worked to understand how ants make their descisions as a group and modelled how parasites can effectively evade the immune system. I have developed frameworks for better representing evolutionary game theory and tools for tracking the movement patterns of bacteria. I have even tried to demonstrate how birds' eggs and zebrafish get their beautiful patterns. Who knew that Maths could be so useful?
RELATED