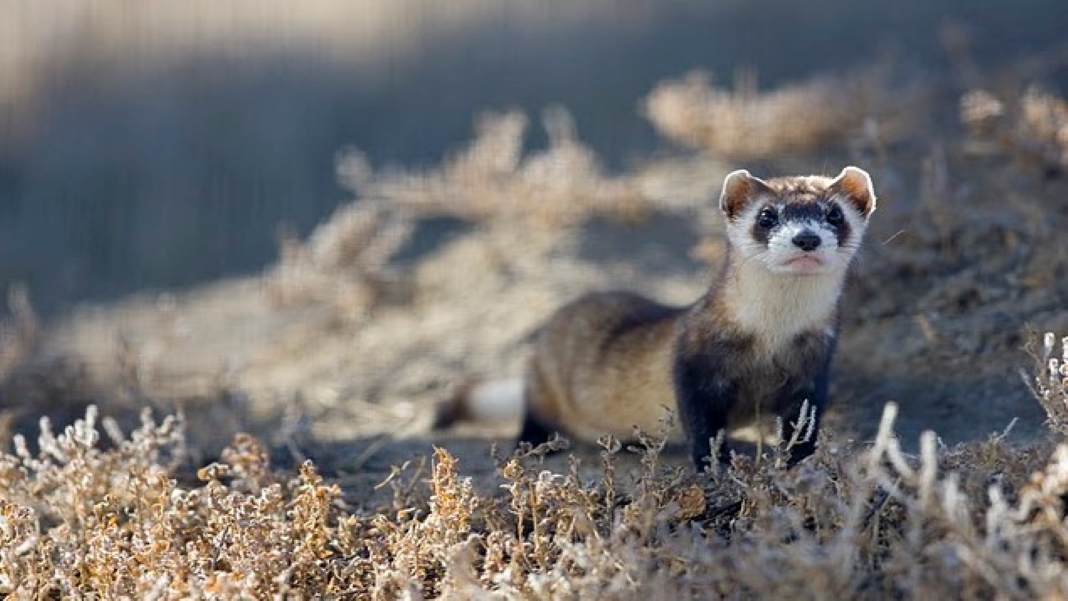 Last summer a horse named Kurt was born in Texas. Kurt wasn’t just any horse—he was a clone made from DNA that had been frozen for 40 years and came from an endangered wild horse species from Central Asia.

Kurt was—and still is—pretty special. But now he’s got some competition for the title of “most amazing endangered animal cloned from frozen DNA.” The new contender is a black-footed ferret named Elizabeth Ann.

Elizabeth Ann was born in December in a conservation center in Colorado, the result of years’ worth of careful research and planning. She’s the first-ever endangered American animal to be cloned—and she may be her species’ best hope for long-term survival.

Black-footed ferrets were endemic to Western US states like Wyoming and Colorado, but started to die off in the mid-1900s when their main food source, prairie dogs, also died off due to disease and habitat loss. A small population of the ferrets was discovered in Wyoming in the 1980s, and skin biopsies from several of them were sent to San Diego’s Frozen Zoo, where they went into a deep-freeze for over 30 years.

Scientists from conservation nonprofit Revive & Restore sequenced four of the ferrets’ genomes using cells from the frozen biopsies, finding that genetic variation in the species had declined by an average of 55 percent since the 1980s. They chose the most genetically diverse male and female (Willa, the mother, had three times more genetic diversity than the average black-footed ferret) and sent their cells to a lab, which used them to create the embryo that became Elizabeth Ann.

How do you make an embryo from frozen skin cells, you ask? Scientists used an egg from a domestic ferret, the black-footed ferret’s closest living relative. They removed the egg’s nucleus and replaced it with the nucleus from one of Willa’s cells. With a small electric zap used as an activation stimulus, the cells were able to divide as normal. This process is known as somatic cell nuclear transfer, and it’s how Kurt the horse was born, as well as Dolly the sheep.

The embryo was implanted in a surrogate (non-black-footed) ferret, and the healthy clone of an endangered animal that lived almost 40 years ago was born in December. Revive & Restore calls the clone “the most genetically valuable black-footed ferret alive.”

As far as science goes, this is pretty cool stuff. Elizabeth Ann is the beginning of an effort to make her species more genetically diverse, thus increasing its chances of long-term survival; she’ll soon be joined by other clones produced using the long-frozen cells, and they’ll be mated and bred based on the strongest genetic outcome. They’ll live at the National Black-footed Ferret Conservation Center near Fort Collins, Colorado, and could be reintroduced into the wild as soon as 2025.

“It will be a slow, methodical process,” said Samantha Wisely, a conservation geneticist at the University of Florida who was part of the project. “We need to make absolutely sure that we’re not endangering the genetic lineage of black-footed ferrets by introducing this individual.”

The ferret population will be closely monitored as new clones are born, but the outlook is positive. In a US Fish and Wildlife Service statement, Ryan Phelan, executive director of Revive & Restore, said, “It was a commitment to seeing this species survive that has led to the successful birth of Elizabeth Ann. To see her now thriving ushers in a new era for her species and for conservation-dependent species everywhere. She is a win for biodiversity and for genetic rescue.”