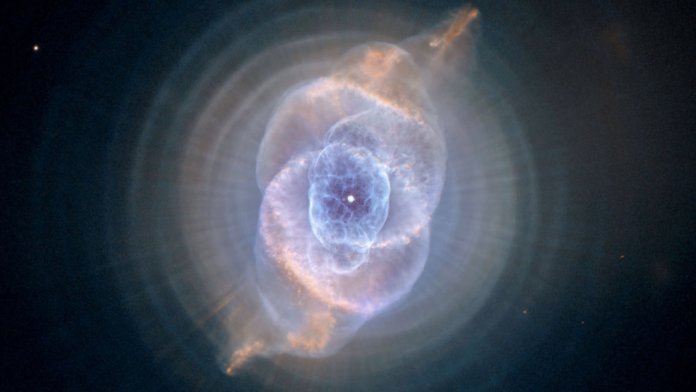 The universe is brimming with light that’s invisible to us humans.

The electromagnetic spectrum extends far beyond visible light in both directions. Longer wavelengths include radio waves and shorter wavelengths reach into X-rays and gamma rays.

To study the universe in full, then, we need to extend our eyes. Some telescopes reach into the radio part of the spectrum to penetrate the occluding clouds of dust between us and the center of the galaxy, while others study X-rays from high-energy black holes and supernova remnants.

But the mind-blowing images we know and love are always rendered in full color—converted from invisible X-rays or radio waves to visible light so we can see the universe in all its splendor.

Now, NASA has taken it a step further and converted light to sound.

In a series of sonifications, scientists and musicians translate beautiful images into compelling soundscapes. The latest edition, released this week, features data from the Chandra X-ray Observatory and Hubble Space Telescope, among others.

A Field of Supermassive Black Holes and Galaxies

First up, the Chandra Deep Field.

Nearly every point of color in the image is a galaxy or supermassive black hole.

The sonification sweeps from bottom to top. If you have headphones,  you’ll notice points of light on the right are played into your right ear, and points on the left into your left ear. Warmer colors are assigned lower tones and cooler colors higher tones.

While the incredibly broad range of X-rays gathered by Chandra have to be compressed so we can see them in reds and blues, the sonification includes the full spectrum.

Outburst of a Dying Sun

The Cat’s Eye Nebula was formed when a sun, like our own, ran low on the helium burning in its core, blew off its outer layers, and then lit them up.

This sonification is a team effort. The center includes X-ray data from Chandra, while further out we encounter visible light from Hubble.

Instead of bottom to top, the sonification sweeps around the nebula like hands on a clock face. Visible light is softer, X-rays harsher, and in both cases brighter is louder. The rings provide a steady background hum punctuated by spoke-like features in the nebula. Someday, in the far future, our own sun may sound like this.

A (Haunted) Home Away From Home

M51, or the Whirlpool Galaxy, is what the Milky Way would look like if we could take a trip above its plane. But seeing as warp drive remains firmly beyond reach, we’ll have to settle for images of M51. If this sonification is any indication though, it’s a tense place.

Again, the composition sweeps around the radius of the galaxy, but here, the tones belong to the melodic minor scale. Creative choice clearly plays a role in the character of each piece.

This sonification combines four wavelengths from four telescopes: infrared (Spitzer), optical (Hubble), ultraviolet (GALEX), and X-ray (Chandra). Each one gets its own sonic frequency. Frequencies corresponding to wavelengths in the spiral arms are assigned higher pitches the further they are from the galactic center.

Let’s just say this one is…unsettling.