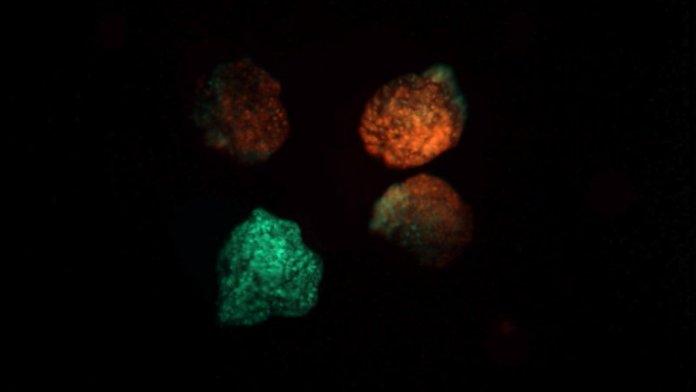 The line between animals and machines was already getting blurry after a team of scientists and roboticists unveiled the first living robots last year. Now the same team has released version 2.0 of their so-called xenobots, and they’re faster, stronger, and more capable than ever.

In January 2020, researchers from Tufts University and the University of Vermont laid out a method for building tiny biological machines out of the eggs of the African claw frog Xenopus laevis. Dubbed xenobots after their animal forebear, they could move independently, push objects, and even team up to create swarms.

Remarkably, building them involved no genetic engineering. Instead, the team used an evolutionary algorithm running on a supercomputer to test out thousands of potential designs made up of different configurations of cells.

Once they’d found some promising candidates that could solve the tasks they were interested in, they used microsurgical tools to build real-world versions out of living cells. The most promising design was built by splicing heart muscle cells (which could contract to propel the xenobots), and skin cells (which provided a rigid support).

Impressive as that might sound, having to build each individual xenobot by hand is obviously tedious. But now the team has devised a new approach that works from the bottom up by getting the xenobots to self-assemble their bodies from single cells. Not only is the approach more scalable, the new xenobots are faster, live longer, and even have a rudimentary memory.

In a paper in Science Robotics, the researchers describe how they took stem cells from frog embryos and allowed them to grow into clumps of several thousand cells called spheroids. After a few days, the stem cells had turned into skin cells covered in small hair-like projections called cilia, which wriggle back and forth.

Normally, these structures are used to spread mucus around on the frog’s skin. But when divorced from their normal context they took on a function more similar to that seen in microorganisms, which use cilia to move about by acting like tiny paddles.

“We are witnessing the remarkable plasticity of cellular collectives, which build a rudimentary new ‘body’ that is quite distinct from their default—in this case, a frog—despite having a completely normal genome,” corresponding author Michael Levin from Tufts University said in a press release.

“We see that cells can re-purpose their genetically encoded hardware, like cilia, for new functions such as locomotion. It is amazing that cells can spontaneously take on new roles and create new body plans and behaviors without long periods of evolutionary selection for those features,” he said.

Not only were the new xenobots faster and longer-lived, they were also much better at tasks like working together as a swarm to gather piles of iron oxide particles. And while the form and function of the xenobots was achieved without any genetic engineering, in an extra experiment the team injected them with RNA that caused them to produce a fluorescent protein that changes color when exposed to a particular color of light.

This allowed the xenobots to record whether they had come into contact with a specific light source while traveling about. The researchers say this is a proof of principle that the xenobots can be imbued with a molecular memory, and future work could allow them to record multiple stimuli and potentially even react to them.

What exactly these xenobots could eventually be used for is still speculative, but they have features that make them a promising alternative to non-organic alternatives. For a start, robots made of stem cells are completely biodegradable and also have their own power source in the form of “yolk platelets” found in all amphibian embryos. They are also able to self-heal in as little as five minutes if cut, and can take advantage of cells’ ability to process all kinds of chemicals.

That suggests they could have applications in everything from therapeutics to environmental engineering. But the researchers also hope to use them to better understand the processes that allow individual cells to combine and work together to create a larger organism, and how these processes might be harnessed and guided for regenerative medicine.

As these animal-machine hybrids advance, they are sure to raise ethical concerns and question marks over the potential risks. But it looks like the future of robotics could be a lot more wet and squishy than we imagined.