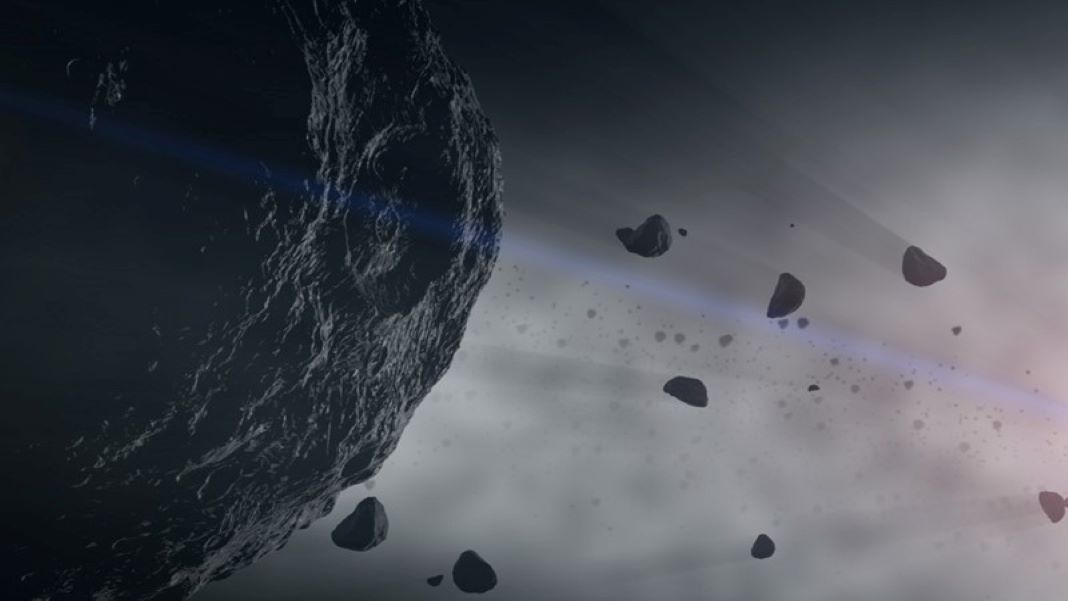 About a month ago, an asteroid that was estimated to be at least a quarter-mile wide zoomed past Earth at a speed of 77,000 miles per hour. Though it was 1.25 million miles away even at its closest, the asteroid (called, unimaginatively, Object 2001 FO32) was considered “close” to Earth; in the grand scheme of the entire galaxy and beyond, 1.25 million miles isn’t much.

Though space is replete with asteroids of all sizes flying about, it seems the risk of one of them hitting Earth anytime in the near future is slim to nonexistent. NASA, however, isn’t taking any chances. This week at the 7th IAA Planetary Defense Conference, the space agency’s Jet Propulsion Laboratory’s Center for Near Earth Object Studies (CNEOS) is leading a simulated asteroid impact scenario—in other words, pretending an asteroid is on its way to hitting Earth.

Why, you ask? To make sure we’re ready if it happens for real.

Since there’s not a way to physically simulate an asteroid hitting Earth (well, other than launching some kind of huge object into space in such a way that it comes flying back at us at warp-speed, which doesn’t sound worth trying even for whatever lessons we’d learn from it), the simulation is about practicing coordination between various US federal agencies, international space agencies, and other decision-makers, scientific institutions, and emergency managers.

Throughout this week, participants in the simulation are being briefed with consistently-evolving information about the fictitious asteroid—how fast it’s moving, how big it is, the trajectory it’s taking through space, where on Earth it’s likely to hit, etc. Participants then have to work together to make decisions and give feedback for next steps. In real life, there’s an international agreement that a 1 in 100 chance of impact is the threshold to begin response actions.

“Each time we participate in an exercise of this nature, we learn more about who the key players are in a disaster event, and who needs to know what information, and when,” said Lindley Johnson, NASA’s Planetary Defense Officer. “These exercises ultimately help the planetary defense community communicate with each other and with our governments to ensure we are all coordinated should a potential impact threat be identified in the future.”

This isn’t the first time this sort of simulation has taken place; the exercise is part of the National Near-Earth Object Preparedness Strategy and Action Plan that the White House published in 2018, and NASA has participated in several other impact scenarios, some in conjunction with the Federal Emergency Management Agency (FEMA).

Also, the simulation is about to get a little more real, with an actual attempt to deflect an asteroid in space initiating this summer. If that sounds very Armageddon-like to you, you’re not terribly far off; NASA’s Double Asteroid Redirection Test (DART) mission is scheduled to launch in July or later on one of SpaceX’s Falcon 9 rockets, heading for an asteroid called Didymos. The goal is to crash into the asteroid’s secondary body, a “moonlet” called Dimorphos that’s as wide as one and a half football fields, and change the speed of its orbit around the main body.

“DART will be the first test for planetary defense, and the data returned after it impacts Dimorphos will help scientists better understand one way we might mitigate a potentially hazardous Near Earth Object discovered in the future,” said Andrea Riley, program executive for DART at NASA Headquarters. “While the asteroid DART impacts poses no threat to Earth, it is in a perfect location for us to perform this test of the technology before it may actually be needed.”

Here’s hoping it won’t actually be needed anytime soon, or ever. In any case, there’s nothing wrong with hoping for the best but preparing for the worst.

Let’s say Object 2001 FO32 had hit Earth. It was, relatively speaking, pretty small, but at a speed of 77,000 miles per hour, it would have done some serious, serious damage. In the wake of the Covid-19 pandemic, it seems not just smart, but essential to prepare for crises that would require cooperation on a global scale. Many of the issues and differences nations squabble over would quickly become meaningless—and remind us of our shared humanity and shared home—if we were faced with this sort of threat. Given that the handling of the pandemic left much to be desired in terms of global cooperation, maybe we need more reminders of this, and more practice at doing it right.