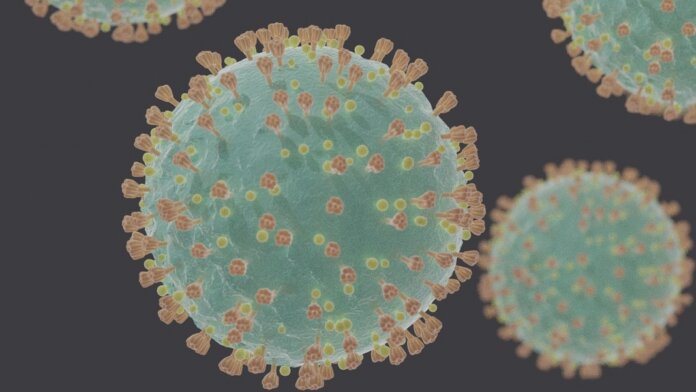 2020 was the year of the pandemic. But the arrival of Covid-19 in January not only threw an Earth-sized wrench into our lives, it also dictated the course of scientific discovery. Never before have so much attention, investment, and passion been devoted to one scientific problem. Never before have pre-print servers exploded in popularity, allowing scientists to share discoveries at lightning speed. And never before have we managed to build an arsenal to beat back a life form entirely novel to us, massively accelerating vaccine development by months, if not years—a true paradigm shift not just in vaccinology, but also in how science is done and communicated under fire.

Yet I don’t want to focus solely on Covid-19. We’re now in the end game. Last week, the FDA and its Canadian and British equivalents approved the Pfizer-BioNTech mRNA vaccine for emergency use. Moderna’s mRNA vaccine is hot on its heels, also boasting a success rate of over 90 percent. Front-line workers are receiving the jab all over the country. And dozens of other vaccines are still in the rat race.

There’s no escaping Covid-19 in an end-year retrospective. But there’s good reason to look ahead—the biotech and camaraderie that created an entirely new type of vaccine in record pace isn’t confined to the pandemic, vaccine research, or infectious diseases. They have the power to completely overhaul medicine.

You might have heard that mRNA vaccines have never previously been approved by the FDA. Yet the science behind them is decades long, courtesy of a young Hungarian-born biologist behind a key mRNA discovery—one so novel and groundbreaking it precipitated the death of her career.

Nearly all lifeforms are built by and run on proteins. But the instructions for building proteins are saved in our genetic material. Think of DNA as a library, and the cell’s protein-building factory as a far-off facility speaking a different language. mRNA, short for messenger RNA, is the translator that literally moves between our cells’ DNA library and the protein factory.

In other words, our bodies listen to mRNA to decide which proteins to build. If we could design and synthesize artificial mRNA and deliver them into cells, it’s possible in theory to hijack our cells’ own protein-building system to make any protein we want—even those that are foreign, such as viral proteins.

That’s the reasoning behind both Pfizer-BioNTech and Moderna’s vaccines. By delivering the mRNA of a viral part into our cells, our bodies will make these proteins. Because these proteins are basically “alien invaders,” our immune system learns to recognize them and creates a memory of those foes. When it encounters a real infection, the entire immune military of trained antibodies and killer cells can then rapidly spur to life, nixing the invader before they have a chance to spread or reproduce.

There’s a reason mRNA vaccines are so desirable. Compared to traditional protein-based ones, such as those involving dead viruses that need to be grown in chicken embryos (not kidding), mRNA is incredibly easy to scale in production with low costs. This also makes it possible to screen through candidates at super-sonic speed—and in a pandemic, speed is everything.

At least, that’s the theory on paper. Thanks to recent advances in biotech and Covid-19 lighting science’s behind on fire, mRNA drugs have finally become a widely successful reality.

A Recipe for mRNA Vaccines

The first step to combating any viral foe is to know thy enemy. By January 11, Chinese scientists had deposited parts of the virus’s genetic blueprint onto GenBank, a highly popular online database for genetic information. Whole-genome sequences soon followed, “digitizing” the virus and allowing comparisons between its genetic blueprint and other known viruses. Within a month, we knew that the virus belonged to the coronavirus family, allowing scientists to draw upon previous experience with similar viruses—SARS, MERS—to hone in on the newcomer’s surface “spike proteins,” named after their jagged shapes, as a potential vaccine target.

Genetic sequencing soon took the reins. As an offshoot of synthetic biology, a field that reshuffles the building blocks of life, the cost of making artificial genetic sequences has dropped dramatically—so much so that it’s now simple to order these molecules through commercial companies at dollars a pop.

It’s also made it possible to recreate an entire genome from scratch halfway across the world. A Swiss group, for example, used China’s data to synthesize SARS-CoV-2’s entire genome in the lab, essentially instantly teleporting it into their hands without having to wait for physical samples. Other teams reproduced only the spike protein to analyze for portions that are especially incendiary towards our immune system, which could spark a larger immune response. In early February, long before the world realized we’d be in the midst of a pandemic, scientists had already nailed down the sequence and shape of the protein that eventually spurred the development of our newfangled mRNA vaccines.

The next step was finding a weapon against the virus—and getting it inside a cell. Thanks to computational alignment tools, figuring out the genetic code for the spike protein was a piece of cake. The harder part was designing mRNA candidates, the “instructions,” to encode for the spike protein. One frustrating reason why mRNA vaccines have previously failed is because these molecules are extremely fragile. The body, with its relatively high heat and multitudes of molecular-digesting proteins, is a hostile place.

The hostility also goes the other way. Synthetic mRNAs are very foreign to our bodies. Without care, they can trigger the immune system to go into overdrive—a dangerous condition that could result in serious problems.

Here’s where new tech stood on the shoulders of age-old research. With hopes of making mRNA drugs a reality, scientists have long worked to change their basic components—“letters” very similar to DNA’s familiar quad squad of A, T, C, and G—with slightly chemically-improved ones to increase their stability. Other swaps fine-tune the mRNA’s efficacy so that it triggers a Goldilocks-like immune response—not too much, not too little.

Finally, naked mRNA needs to get inside a cell to work. But once it does, it’s almost instantaneously chopped up. Without mRNA sticking around, our bodies can’t make the viral spike protein, hence no immunity. To deliver it into cells, scientists relied on fatty bubbles—also known as lipid nanoparticles—to form a vessel around the mRNA strands. These cellular spaceships are also a gift from the past: back in 2018, the FDA approved their use for delivering another type of RNA molecules. Pfizer-BioNTech and Moderna’s results provide some of the strongest evidence that they also work well with mRNAs.

The success is indisputable: Moderna went from analyzing the virus’s genetic sequence to an experimental jab in the arm in just 63 days. Pfizer-BioNTech broke lightspeed with its vaccine for emergency use in less than a year.

The biotechnologies that made Covid-19 mRNA vaccines are here to stay. So are the fountains of knowledge we’ve gained from this terrifying trial by fire. From the ins and outs of immune responses to what makes mRNA more stable, less toxic, and easier to deliver, to advances in synthetic biology and seamless global collaboration, the battle against Covid-19 highlights how a decade-long scientific dream just blossomed to fruition.

Covid-19 is only one foe. A similar strategy could now be used, with far more confidence, on our long-battled enemies such as HIV. Even novel vaccines are just a small slice of what’s possible. mRNA is the body’s “guidebook” for building protein—any protein. A synthetic mRNA strand that recognizes certain types of cancer could lead to highly-specific “cancer vaccines.” BioNTech, for example, reported in 2017 that a vaccine against melanoma, tailor-made to each of its 13 participants’ unique cancer genetic profile, had higher immunity against their tumors and reduced the chance of spread. Synthetic mRNA could artificially produce missing or defective proteins in the body, such as those critical for normal eyesight or nerve function.

The dream of mRNA therapeutics has been alive since the 90s. One just came true. Keep your eyes peeled for others in 2021.