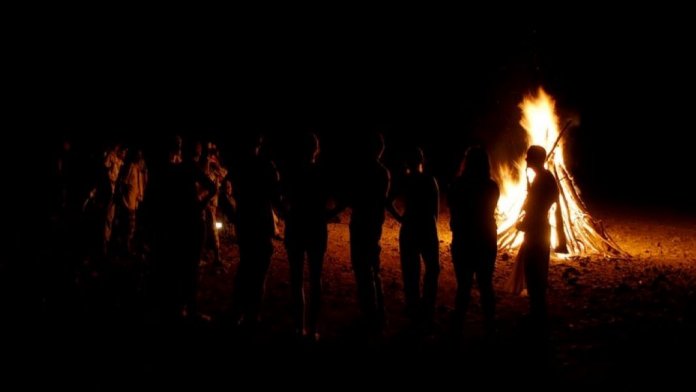 How far back in time would you need to go in this place to discover an entirely natural environment?

Our work has shown that it would be a very long time indeed: at least 85,000 years, 8 times earlier than the world’s first land transformations via agriculture.

We are part of an interdisciplinary collaboration between archaeologists who study past human behavior, geochronologists who study the timing of landscape change, and paleoenvironmental scientists who study ancient environments. By combining evidence from these research specialties, we have identified an instance in the very distant past of early humans bending environments to suit their needs. In doing so, they transformed the landscape around them in ways still visible today.

Digging for Behavioral and Environmental Clues

The dry season is the best time to do archaeological fieldwork here, and finding sites is easy. Most places we dig in these red soils, we find stone artifacts. They are evidence that someone sat and skillfully broke stones to create edges so sharp they can still draw blood. Many of these stone tools can be fit back together, reconstructing a single action by a single person, from tens of thousands of years ago.

So far we’ve recovered more than 45,000 stone artifacts here, buried many feet (1 to 7 meters) below the surface of the ground. The sites we are excavating date to a time ranging from about 315,000 to 30,000 years ago known as the Middle Stone Age. This was also a period in Africa when innovations in human behavior and creativity pop up frequently, and earlier than anywhere else in the world.

How did these artifacts get buried? Why are there so many of them? And what were these ancient hunter-gatherers doing as they made them? To answer these questions, we needed to figure out more about what was happening in this place during their time.

For a clearer picture of the environments where these early humans lived, we turned to the fossil record preserved in layers of mud at the bottom of Lake Malawi. Over millennia, pollen blown into the water and tiny lake-dwelling organisms became trapped in layers of muck on the lake’s floor. Members of our collaborative team extracted a 1,250-foot (380-meter) drill core of mud from a modified barge, then painstakingly tallied the microscopic fossils it contained, layer by layer. They then used them to reconstruct ancient environments across the entire basin.

Today, this region is characterized by bushy, fire-tolerant open woodlands that do not develop a thick and enclosed canopy. Forests that do develop these canopies harbor the richest diversity in vegetation; this ecosystem is now restricted to patches that occur at higher elevations. But these forests once stretched all the way to the lakeshore.

Based on the fossil plant evidence present at various times in the drill cores, we could see that the area around Lake Malawi repeatedly alternated between wet times of forest expansion and dry periods of forest contraction.

As the area underwent cycles of aridity, driven by natural climate change, the lake shrank at times to only five percent of its present volume. When lake levels eventually rose each time, forests encroached on the shoreline. This happened time and time again over the last 636,000 years.

The mud in the core also contains a record of fire history, in the form of tiny fragments of charcoal. Those little flecks told us that around 85,000 years ago, something strange happened around Lake Malawi. Charcoal production spiked, erosion increased and, for the first time in more than half a million years, rainfall did not bring forest recovery.

At the same time this charcoal burst appears in the drill core record, our sites began to show up in the archaeological record, eventually becoming so numerous that they formed one continuous landscape littered with stone tools. Another drill core immediately offshore showed that as site numbers increased, more and more charcoal was washing into the lake. Early humans had begun to make their first permanent mark on the landscape.

Fire use is a technology that stretches back at least a million years. Using it in such a transformative way is human innovation at its most powerful. Modern hunter-gatherers use fire to warm themselves, cook food, and socialize, but many also deploy it as an engineering tool. Based on the wide-scale and permanent transformation of vegetation into more fire-tolerant woodlands, we infer that this was what these ancient hunter-gatherers were doing.

By converting the natural seasonal rhythm of wildfire into something more controlled, people can encourage specific areas of vegetation to grow at different stages. This so-called “pyrodiversity” establishes miniature habitat patches and diversifies opportunities for foraging, kind of like increasing product selection at a supermarket.

Just like today, changing any part of an ecosystem has consequences everywhere else. With the loss of closed forests in ancient Malawi, the vegetation became dominated by more open woodlands that are resilient to fire, but these did not contain the same species diversity. This combination of rainfall and reduced tree cover also increased opportunities for erosion, which spread sediments into a thick blanket known as an alluvial fan. It sealed away archaeological sites and created the landscape you can see here today.

Human Impacts Can Be Sustainable

Although the spread of farmers through Africa within the last few thousand years brought about more landscape and vegetation transformations, we have found that the legacy of human impacts was already in place tens of thousands of years before. This offers a chance to understand how such impacts can be sustained over very long timescales.

Most people associate human impacts with a time after the Industrial Revolution, but paleo-scientists have a deeper perspective. With it, researchers like us can see that wherever and whenever humans lived, we must abandon the idea of “pristine nature,” untouched by any human imprint. However, we can also see how humans shaped their environments in sustainable ways over very long periods, causing ecosystem transformation without collapse.

Seeing the long arc of human influence therefore gives us much to consider about not only our past, but also our future. By establishing long-term ecological patterns, conservation efforts related to fire control, species protection, and human food security can be more targeted and effective. People living in the tropics, such as Malawi today, are especially vulnerable to the economic and social impacts of food insecurity brought about by climate change. By studying the deep past, we can establish connections between long-term human presence and the biodiversity that sustains it.

With this knowledge, people can be better equipped to do what humans had already innovated nearly 100,000 years ago in Africa: manage the world around us. 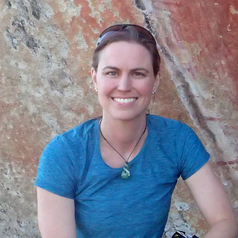 Jessica Thompsonhttps://campuspress.yale.edu/jcthompson/
I am a paleoanthropologist/paleoarchaeologist who works primarily in Africa. I lead excavations in Malawi, and I work/have worked on other archaeological projects in Ethiopia, Tanzania, and South Africa. I am most interested in the origins of modern human behavior in Africa, although the project I currently lead in Malawi deals with issues and information mostly available in later time periods (human sociality, human mobility, ancient DNA, etc.). I also work in Ethiopia on the origins of the entry of human ancestors such as Australopithecus/ early Homo into the predatory/omnivorous niche. My primary approaches are archaeological field recovery and zooarchaeology - analysis of animal bones from archaeological sites. However, in doing these various projects I have acquired working knowledge of a wide range of analytical approaches used in the paleosciences (isotopes, ancient DNA, bioarchaeology, dating, lithic analysis, etc.). I did my B.S. at the University of New Mexico (2000) and my M.Phil at the University of Cambridge (2002). I was a postdoc for six years at the University of Queensland in Australia (2009-2014), and then an Assistant Professor of Anthropology for four years at Emory University (2015-2018). I have been an Assistant Professor of Anthropology at Yale for two years now, and I am very interested in public outreach and science dissemination.
RELATED