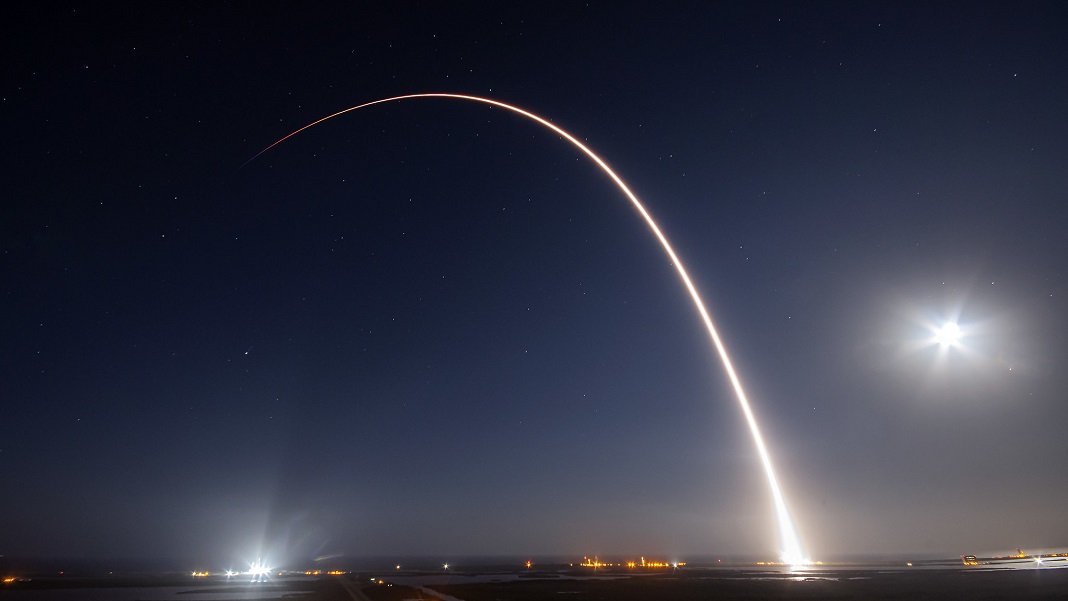 A booming space industry is making it easier than ever to get into orbit, but Japan is betting that it could revolutionize terrestrial travel, too. The country’s science ministry has unveiled a plan to develop intercontinental passenger spaceships by the early 2040s.

The idea of using spaceships to travel from one point on the Earth’s surface to another has been around since at least the 1960s, but the cost and complexity of the idea have meant it’s been little more than a pipe dream.

In principle, the approach isn’t that different from the one used by intercontinental ballistic missiles. A rocket is used to blast the payload, be it a nuclear weapon or a passenger spaceship, on a big looping trajectory into space before re-entering the atmosphere on the other side of the planet.

The approach could make it possible to travel between continents in under an hour, and now Japan has outlined its vision for how to make the idea a reality. In a roadmap unveiled at an expert panel earlier this month, its science ministry put forward a two-phase plan it predicts could support a 5 trillion yen ($46 billion) market for spaceships departing from and arriving in Japan.

Local reports on the strategy are light on detail, but it seems to rely on the Japan Aerospace Exploration Agency (JAXA) achieving dramatic reductions in the cost of launching vehicles into space.

The country’s next-generation H3 rocket, which is due for a maiden flight this year, costs roughly five billion yen, and the roadmap predicts that tactics like reusing rocket parts will allow them to halve that cost by 2030, and get it down to as low as 10 percent by the early 2040s.

They will then rely on private companies to develop transport vehicles that can carry passengers. They envisage two different kinds of spaceships: a spaceplane similar to the space shuttle that can land on a runway like a normal aircraft, and one that lands vertically like SpaceX’s reusable rockets.

The Japanese aren’t the only ones becoming increasingly bullish about the prospect of intercontinental spaceflight. Back in 2017 Elon Musk suggested that SpaceX’s Starship could be used to travel anywhere around the planet in under an hour, and in 2019 he speculated that the vehicle could carry as many as 1,000 passengers per trip.

NASA also recently announced a partnership with Virgin Galactic to develop a new vehicle for high-speed civilian air travel, which is likely to refer to the company’s oft-stated goal of using its sub-orbital space planes to transport people across the globe.

If these ideas get off the ground, they’re likely to be incredibly expensive—but don’t expect any first-class treatment. Musk compared the approach to “an intercontinental ballistic missile traveling at Mach 25 that lands,” and said the flights were likely to be all coach, with no toilets or food and the kind of restraints one might expect on a rollercoaster.

Others think the problems will go further than the lack of a drinks trolley, though. Humans simply aren’t built for the kind of acceleration and G-Force an intercontinental ballistic missile undergoes, Brian Weeden, from space advocacy organization Secure World Foundation, told The Verge, and could easily be killed on launch or re-entry.

Even if our bodies hold together, the vehicles themselves are far from reliable at present, and the safety of space travel is a long way from the rigorous standards set by commercial air travel.

The Space Shuttle program had two fatal disasters in 135 missions, which is a 1.5 percent failure rate, and both SpaceX and Virgin Galactic have had high-profile mission failures. In contrast, commercial aviation experienced just one fatal crash every 3.7 million flights last year.

The colossal cost of spaceflight compared to standard aviation also means it is likely to be difficult to achieve the kinds of passenger volumes required to justify the investment in vehicle development, spaceports, pilot training, and all the infrastructure required to support an entirely new form of travel.

On the flip side, though, many of the same arguments could have been made about the early aviation industry, which took its time to become a mainstay of our transportation networks. It may take some time to come to fruition, but don’t be surprised if most peoples’ first trip to space comes on their way to their vacations.