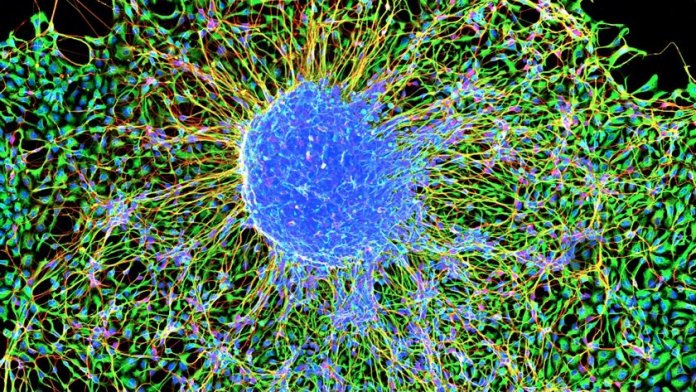 How do old cells in adult humans give rise to the youthful cells found in infants? New research suggests they reset to their lowest biological age in early embryonic development, with potential ramifications for longevity science.

For a long time, it was assumed that germline cells—those that form eggs and sperm and pass a parent’s genetic information on to their children—were essentially ageless. But how this could be was never clear and more recent research had shown that germline cells do accumulate the signs of aging.

This led to the conclusion that there must be some kind of rejuvenation event that allows the offspring’s cells to start with a clean slate. But when and how this occurs was a mystery.

Now a team from Harvard has shown that the age of mouse embryo cells resets about a week into development, representing the “ground zero” of aging. The finding not only provides insight into the fundamental dynamics of aging, but also suggests we might mimic the process in adult cells to rejuvenate aging tissues.

Pinpointing the exact timing of the rejuvenation event involved using so-called “epigenetic clocks.” While the DNA sequence of our genes doesn’t change over time, small chemical and structural alterations build up as we age. By carrying out a statistical analysis of these changes at multiple sites along strands of DNA, it’s possible to work out the biological age of the organism the DNA came from.

The team developed a new epigenetic clock and applied it to data gathered from mouse embryos over the course of their growth. They found the average epigenetic age of embryos at around the seven-day mark was consistently lower than in earlier stages of development.

They then checked the epigenetic age of cells from 10 days to birth and found a consistent increase in age. To double check that the changes weren’t occurring earlier in the development process, they also applied their approach to eggs, sperm, and zygotes and found they were of similar epigenetic ages to normal adult tissues.

While it’s not possible to directly extrapolate the findings in mice to humans, the combined results suggest human cells also undergo some kind of rejuvenation event early in embryonic development that resets their epigenetic age.

This isn’t the first demonstration of cells reversing their age.

In 2016, researchers at the Salk Institute showed that activating certain genes associated with embryonic development could “reprogram” the age of cells and boost the age of mice. Last year, they even managed to use the process to restore vision in old mice.

But the natural “reprogramming” described in the new Harvard study is unlikely to be exactly the same and may be far more comprehensive as it resets cellular age to ground zero, rather than simply reversing it by a few years.

Now that they know when this process happens, the researchers hope they can discover what the actual mechanism is, how similar it is to artificial cellular programming, and whether it can be induced in normal adult cells to rejuvenate them. That’s likely to be a long road, but could eventually lead to major breakthroughs in longevity science.