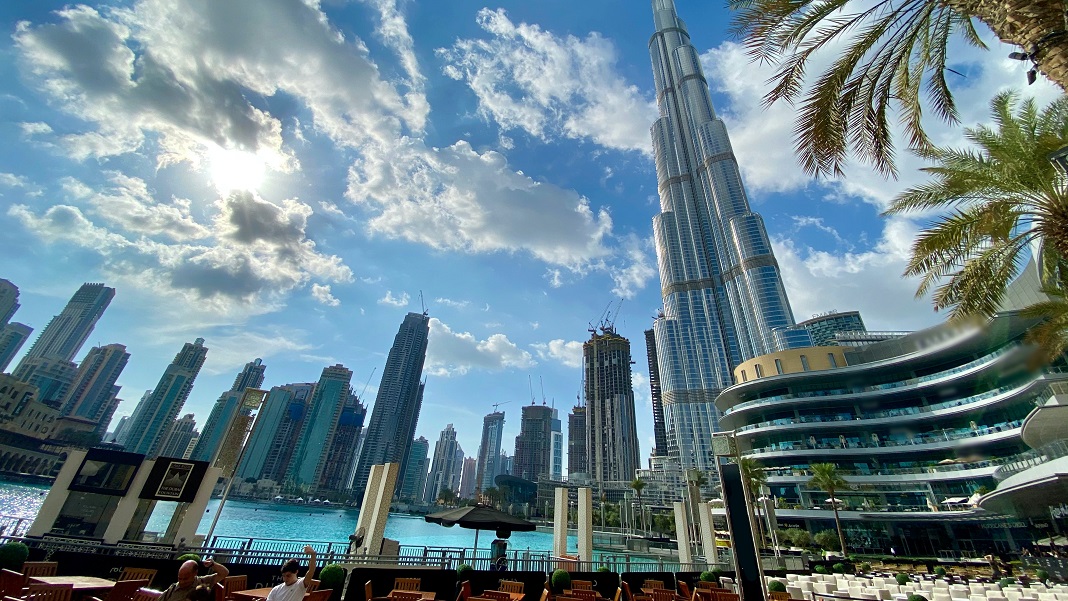 Extreme weather events seem to be getting more common. In the last month in particular, we’ve seen dramatic flash floods in various parts of the world, including Germany, China, and the US. But while some regions get an excess of rainfall, others are seeing a dearth of it. They’re not all waiting for Mother Nature to show them some love, though. Scientists in the United Arab Emirates are taking matters into their own hands. In the face of searing temperatures and ongoing drought, the UAE’s National Center of Meteorology is using a new technique to literally make it rain.

Given its location on the Tropic of Cancer in the Persian Gulf, the UAE was never going to be anything but hot; between the dry, desert-heated winds blowing in from neighboring Saudi Arabia and Oman and the humidity from the sea, winters tend to be toasty, and summers unbearable.

But the region has seen record high temperatures of 125 degrees Fahrenheit (51.8 degrees Celsius) this summer, coupled with characteristic low rainfall; Dubai gets a total of about 2.7 inches of precipitation per year. For comparison’s sake, London gets 27.2 inches, New York 44.8, and Las Vegas 6.2. The UAE is so dry it was used for a field test of a substance called liquid nanoclay, which is applied to sandy soil to help it hold moisture and nutrients for plants to grow.

The country imports a whopping 80 to 90 percent of its food, so while rain isn’t crucial for food production there, it’s important for alleviating heat waves, allowing at least some agriculture to take place, and for general water security. These are among the reasons the nation was willing to take extreme measures to make it rain (and absorb the expense—Forbes reports the UAE has spent more than $15 million on ‘rain enhancement projects’).

Cloud seeding has traditionally been done by releasing compounds like silver iodide into clouds. The chemicals function as a sort of scaffold that water molecules latch onto, becoming heavy enough to drop to the ground as rain. Despite its lack of naturally-occurring rain, the UAE does have plenty of clouds, which are generated by moisture and evaporation from the Gulf of Oman, the Persian Gulf, and the Arabian Sea.

Amid concern that pumping silver iodide and other chemicals into clouds could cause invisible but harmful pollution on the ground, scientists started to look for new ways to catalyze rainfall. The UAE funded research at the University of Reading in the UK, where meteorologists developed a cloud seeding technology based on electricity. They discovered that when cloud droplets have a positive or negative electrical charge, the smaller droplets will combine and form raindrops.

“Our project is about changing the balance of charges on the tiniest cloud droplets, a neglected aspect of clouds which could revolutionize our ability to manipulate rainfall in areas that need it most,” said University of Reading professor Giles Harrison.

Custom-built drones with a six-foot wingspan fly at low altitudes, with sensors measuring temperature, charge, and humidity. Charge emitters on the drones deliver electric charges to the molecules in clouds.

Videos from the last few weeks show it not only raining in Dubai and surrounding areas, but raining so much that some streets started to flood, a rare if not unheard of occurrence there.

#Cloudseeding | When streets of hot and sweltering #Dubai looked like they were right out of a Bollywood #monsoon scene. pic.twitter.com/8IopLgIqNG

These downpours are hard to argue with, but some scientists would say it can’t be proved that the rain was caused by cloud seeding. On top of the larger controversy around geoengineering as a whole, this is an ongoing controversy with cloud seeding specifically: how can we be sure it really works? As one environmental science researcher put it, “The problem with the atmosphere is that you can never do a controlled experiment. You can never say what would have happened—in all certainty—if you didn’t seed an area.”