Surprise! Our Bodies Have Been Hiding a Trojan Horse for Gene Therapy 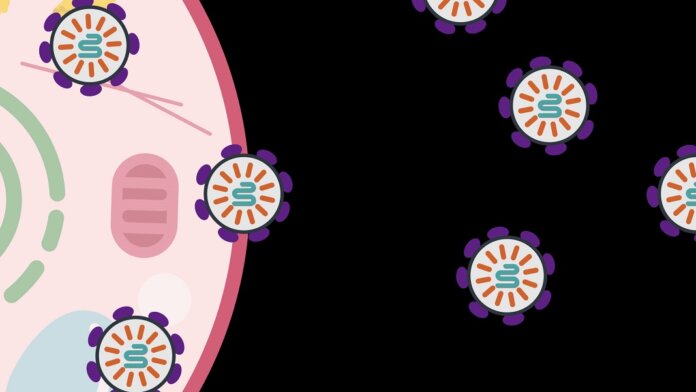 Take CRISPR, the transformative gene editing tool. It was inspired by a lowly bacterial immune defense system and co-opted to edit our genes to treat inherited diseases, bolster cancer treatments, or even extend lifespan. Now, Dr. Feng Zhang, one of the pioneers of CRISPR, is back with another creation that could unleash the next generation of gene therapy and RNA vaccines. Only this time, his team looked deep inside our own bodies.

Powerful as they are, DNA and RNA therapeutics need to hitch a ride into our cells to work. Scientists usually call on viral vectors—delivery vehicles made from safe viruses—or lipid nanoparticles, little blobs of protective fat, to encapsulate new genetic material and tunnel into cells.

The problem? Our bodies aren’t big fans of foreign substances—particularly ones that trigger an undesirable immune response. What’s more, these delivery systems aren’t great with biological zip codes, often swarming the entire body instead of focusing on the treatment area. These “delivery problems” are half the battle for effective genetic medicine with few side effects.

“The biomedical community has been developing powerful molecular therapeutics, but delivering them to cells in a precise and efficient way is challenging,” said Zhang at the Broad Institute, the McGovern Institute, and MIT.

Enter SEND. The new delivery platform, described in Science, dazzles with its sheer ingenuity. Rather than relying on foreign carriers, SEND (selective endogenous encapsidation for cellular delivery) commandeers human proteins to make delivery vehicles that shuttle in new genetic elements. In a series of tests, the team embedded RNA cargo and CRISPR components inside cultured cells in a dish. The cells, acting as packing factories, used human proteins to encapsulate the genetic material, forming tiny balloon-like vessels that can be collected as a treatment.

Even weirder, the source of these proteins relies on viral genes domesticated eons ago by our own genome through evolution. Because the proteins are essentially human, they’re unlikely to trigger our immune system.

Although the authors only tried one packaging system, far more are hidden in our genomes. “That’s what’s so exciting,” said study author Dr. Michael Segel, adding that the system they used isn’t unique; “There are probably other RNA transfer systems in the human body that can also be harnessed for therapeutic purposes.”

Our cells are massive chatterboxes. And they’ve got multiple phone lines.

Electricity is a popular one. It’s partly what keeps neurons hooked up into networks and heart cells in sync. Hormones are another, linking up cells from halfway around the body through chemicals in the bloodstream.

But the strangest comes from an age-old truce between human and virus. Scouring the human genome today, it’s clear we have viral DNA and other genetic elements embedded inside our own double helices. Most of these viral additions have lost their original functions. Some, however, have been recruited to build our bodies and minds.

Take Arc, a protein made from a gene otherwise known as gag—a core viral gene that’s common in our genomes. Arc is a memory grandmaster: as we learn, the protein forms tiny capsules that transfer biological material, which in turn helps to cement new memories into our neural network repertoire. Another protein similar to gag, dubbed PEG10, can grab onto RNA and also form bubbly spaceships to help develop the placenta and aid reproduction.

If PEG10 makes the cardboard packaging for genetic material, then the mail stamp comes from another viral gene family, fusogens. The gene creates a zip code of sorts, allowing each spaceship, carrying the cargo, to dock onto targeted cells.

Although originally viral in nature, these genes have immigrated into our genomes and adapted into an amazingly specific transportation system that allows cells to share information. It’s basically an ice cream ball (or mochi or dumplings), where you can insert any kind of filling. Since our cells already communicate using these biological balloons, stuffed with genetic data, why don’t we hijack the process to add in our own genetic components?

The new delivery system relies on three components: the packaging gene, an entry code, and the cargo.

As with solving an escape room, each one is necessary for a genetic message to get out of a cell. The first step is finding a packaging gene inside the human body that can form a bubble around its cargo. With a computational survey, the team scanned both human and mouse genomes for gag-like genes—similar to the ones that form protective capsules to help build our memories. 48 candidates popped up initially as cargo carriers. Eventually, the team narrowed down their search to a protein called MmPEG10.

It’s viral in origin, the authors said, though it’s harmless in our bodies. PEG10’s special power is its warm hug. It can capture RNA inside a cell, form a bubble around it, and secrete the bubble like miniature spaceships from a cellular mothership. Surprisingly, these spaceships are quite particular on their choice of cargo. With the aid of a CRISPR assay, the team realized that the bubbles only bind to and shuttle a specific group of RNA as cargo.

The next step was to hack and reprogram PEG10’s cargo preference. With genetic analysis, the team found a section on PEG10 that allows the capsule to recognize and package its cargo. As for the cargo, the team experimented with adding two genetic “tickets,” or sequences that allowed them to enter a PEG10 ship. It’s roughly similar to a passenger recognizing their Lyft driver by matching up the color on the car’s dashboard to their app.

Once the two meet up, the PEG10 “driver” forms proteins that swirl around the genetic rider, forming a blob that makes up the molecular vehicle, with a goal to escape the cell.

But what about directions? Here’s where the entry code, or fusogens, comes in. Like Amazon return codes, fusogens are proteins that dot the outside of a PEG10 taxi, directing them to go inside different cell types and tissues. By slapping on different fusogens, the team can direct where the genetic cargo goes as if labeled by a zip code.

Putting It All Together

A SEND is a trifecta of components, each encoded using a vector—a small, round piece of DNA that can tunnel into cells.

Once inside the cell, the magic happens. Each vector taps into the cell’s protein-making factory. PEG10 drives the factory to make the packing. The fusogen dots the packaging with delivery slips. And the cargo RNA, with modifications to better tag onto SEND, is neatly packaged within the resulting vehicle, which drifts off towards its destination.

“By mixing and matching different components in the SEND system, we believe that it will provide a modular platform for developing therapeutics for different diseases,” said Zhang.

As a proof of concept, the team used SEND to deliver a CRISPR system that snips out a cancer-causing gene in cells in a dish originally derived from brain cancer. The system efficiently cut out roughly 60 percent of the gene in recipient cells. But it only did so when SEND shuttled the CRISPR components into the cell, showing that SEND only delivers genetic material that’s been custom-made for its transport.

Going forward, the team is testing SEND in animal models and engineering a toolbox to target different tissues and cells. They’ll also keep scouring the human genome for ancient genetic components that could add to the SEND platform.

“We’re excited to keep pushing this approach forward,” said Zhang, “[It] is a really powerful concept.”

Image Credit: After assembly inside the cell, SEND packages are released to be collected for gene therapy. Photo courtesy of the McGovern Institute.