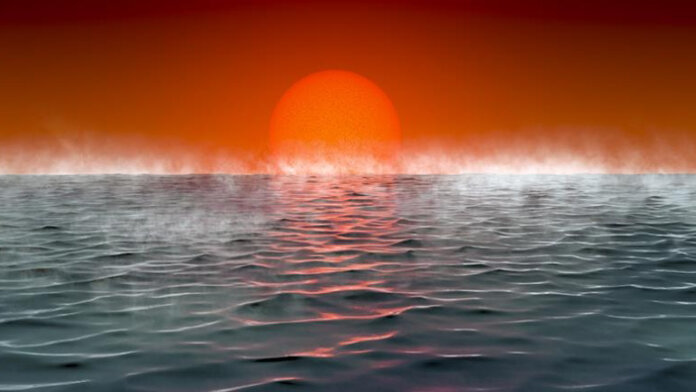 In the search for life beyond our planet, scientists have long focused on conditions similar to those found here. This makes sense. Earth is the only place we know life exists.

But in recent years, exactly where such conditions might occur—in particular the presence of liquid water oceans—has expanded. Scientists now believe there are oceans with the potential for life in the interiors of moons, dwarf planets, and even large asteroids.

Space agencies plan to visit some of these interior ocean worlds in the not-too-distant future. But of course, we can’t yet visit or study such tiny planetary bodies around other stars. So scientists are focused on roughly Earth-sized exoplanets in the search for life.

Earth-like planets in the habitable zone, where liquid water on the surface is possible, do exist—and are even relatively abundant, scientists believe—but they may not be the only or even best place to search for life given the observational tools at hand.

A recent paper by a Cambridge team published in The Astrophysical Journal identified a new class of exoplanet with the potential for life—despite relatively extreme conditions.

These planets, classified as Hycean worlds (a mashup of hydrogen and ocean), are bigger than Earth and smaller than Neptune. Typically this class of exoplanets is divided into rocky planets like Earth, dubbed super-Earths, and ice giants like Neptune, called mini-Neptunes. Hycean worlds sit in between the two.

They have extensive atmospheres dominated by hydrogen and large, planet-wide oceans. They can be up to 2.6 times larger than Earth with temperatures as high as 395 degrees Fahrenheit (202 degrees Celsius). Despite crushing pressures and scorching temperatures, the team defines these conditions “habitable” because we know they’re amenable to microbial life we see on Earth in extreme oceanic environments.

Previously, another recent study by the same team of researchers looked at a specific mini-Neptune (K2-18b) and found that under certain circumstances, such planets could host life. This led them to model the full range of planetary and stellar attributes that, in theory, would allow for the possibility of life and to look into the likelihood we could detect it.

The team says Hycean planets could broadly expand the number of worthy exoplanets in our search. This is, in part, because the Hycean habitable zone is wider than the habitable zone for Earth-like planets. Further, conditions suitable for life could exist on the dark sides of tidally locked Hycean planets close to their stars (where one side never faces their sun) as well as more distant, relatively chilly planets receiving less sunlight.

They also may be very common. Of the thousands of exoplanets discovered, the “vast majority” belong to the class of planets sized between Earth and Neptune. Indeed, the team identified a group of 11 potential Hycean planets orbiting red dwarf stars near Earth—within 35 and 150 light years—worthy of observation.

In addition to widening the pool of potential candidates, the team argues it could be easier to look for the telltale chemical signs of life on Hycean planets given today’s tools.

One such tool, the James Webb Space Telescope (JWST), Hubble’s successor, was packed up for shipping to its launch site this week. The JWST is scheduled to launch later this year.

In addition to peering deep into the early universe, the telescope will scan the atmospheres of promising exoplanets. To detect the byproducts (or biosignatures) of living creatures, scientists will analyze the spectrum of starlight shining through their atmospheres.

For Earth-like planets, where the atmosphere hugs the surface fairly closely, this may be relatively difficult and require data gathering from multiple orbits of—and transits across—a candidate’s host star. Hycean planets, on the other hand, are bigger and have atmospheres extending higher above the surface—allowing for more sunlight to pass through them. This may make them more effective, efficient early targets for observations.

The team proposed Hycean-specific biosignatures to keep an eye out for include traces of nitrous oxide, carbon disulfide, dimethyl sulfide, carbonyl sulfide, and methyl chloride.

“It’s exciting that habitable conditions could exist on planets so different from Earth,” said Cambridge scientist and co-author Anjali Piette in a statement.

By scanning a much wider range of potentially habitable planets, we may find evidence of life sooner. Indeed, although Earth-like planets may well yield the first breakthrough, even truly alien worlds, it seems, can give them a run for their money.

“A biosignature detection would transform our understanding of life in the universe,” said lead author Nikku Madhusudhan. “We need to be open about where we expect to find life and what form that life could take, as nature continues to surprise us in often unimaginable ways.”