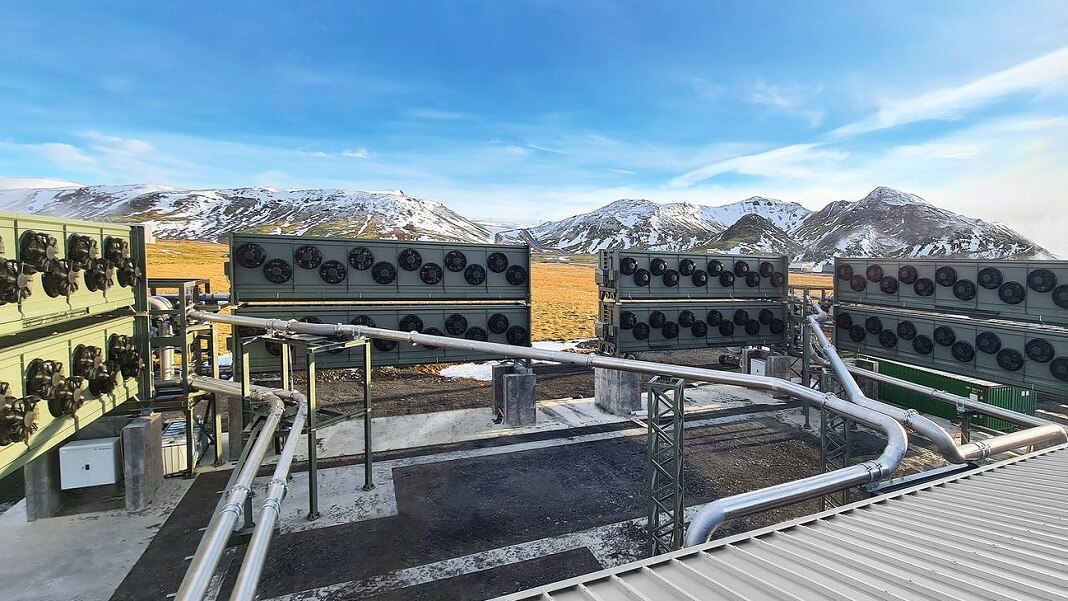 A little over four years ago, the world’s first commercial plant for sucking carbon dioxide out of the air opened near Zurich, Switzerland. The plant was powered by a waste heat recovery facility, with giant fans pushing air through a filtration system that trapped the carbon. The carbon was then separated and sold to buyers, such as a greenhouse that used it to help grow vegetables. The plant ran as a three-year demonstration project, capturing an estimated 900 tons of CO2 (the equivalent to the annual emissions of 200 cars) per year.

This week, a plant about four times as large as the Zurich facility started operating in Iceland, joining 15 other direct air capture (DAC) plants that currently operate worldwide. According to the IEA, these plants collectively capture more than 9,000 tons of CO2 per year.

Christened Orca after the Icelandic word for energy, the new plant was built by Swiss company Climeworks in partnership with Icelandic carbon storage firm Carbfix. Orca is the largest of existing facilities of its type, able to capture 4,000 tons of carbon per year. That’s equal to the emissions of 790 cars.

The plant consists of eight “collector containers” each about the size and shape of a standard shipping container. Their fans run on energy from a nearby geothermal power plant, which was part of the reason this location made sense; Iceland has an abundance of geothermal energy, not to mention a subterranean geology that lends itself quite well to carbon sequestration. Orca was built on a lava plateau in the country’s southwest region.

This plant works a little differently than the Zurich plant, in that the captured carbon is liquefied then pumped underground into basalt caverns. Over time (less than two years, according to Carbfix’s website), it turns to stone.

One of the biggest issues with direct air capture is that it’s expensive, and this facility is no exception. Climeworks co-founder Christoph Gebald estimates it’s currently costing $600 to $800 to remove one metric ton of carbon. Costs would need to drop to around a sixth of this level for the company to make a profit. Gebald thinks Climeworks can get costs down to $200 to $300 per ton by 2030, and half that by 2040. The National Academy of Sciences estimated that once the cost of CO2 extraction gets below $100-150 per ton, the air-captured commodity will be economically competitive with traditionally-sourced oil.

The other problem that detractors of DAC cite is its energy usage relative to the amount of CO2 it’s capturing. These facilities use a lot of energy, and they’re not making a lot of difference. Granted, the energy they use will come from renewable sources, but we’re not yet to the point where that energy is unlimited or free. An IEA report from May of this year stated that to reach the carbon-neutral targets that have been set around the world, almost one billion metric tons of CO2 will need to be captured using DAC every year. Our current total of 9,000 tons is paltry in comparison.

But Climeworks and other companies working on DAC technology are optimistic, saying that automation and increases in energy efficiency will drive down costs. “This is a market that does not yet exist, but a market that urgently needs to be built,” Gebald said. “This plant that we have here is really the blueprint to further scale up and really industrialize.”