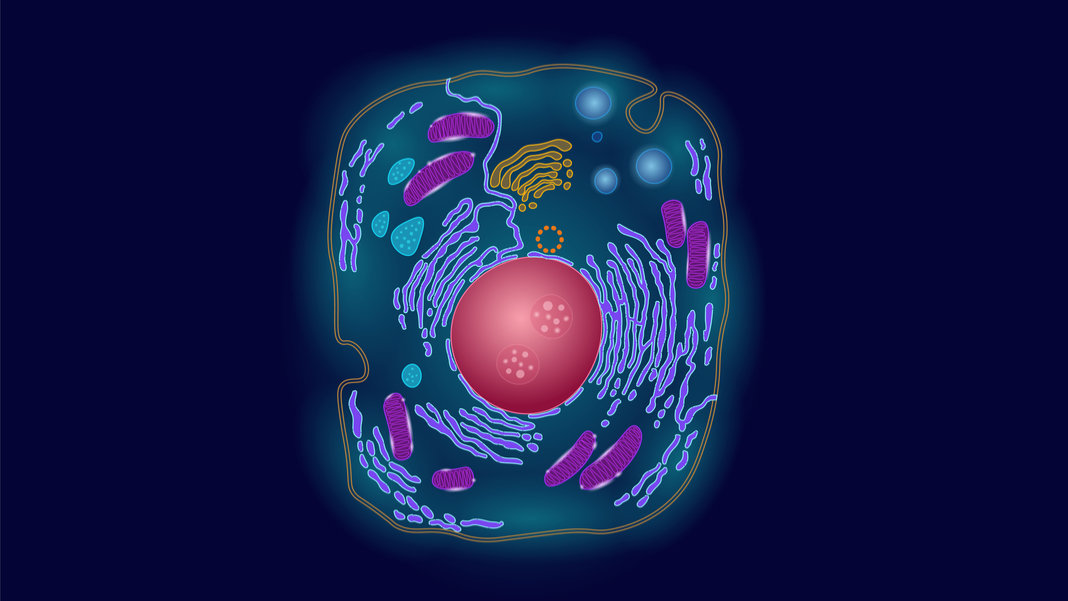 Cells like to gulp and burp. It’s not indigestion. Rather, cells squeeze out little fatty blobs that can merge with another cell as a way to share materials and information. It’s an integral part of the body’s communications infrastructure.

And it can be hacked.

The authors of a new study in Nature Catalysis reprogrammed these blobs—called exosomes—into an army of living nanobioreactors. It’s a seemingly simple process of mix and match: each blob is filled with a different chemical that’s involved in a biological reaction. By bringing two together, the blobs merge into a single squishy container, allowing the two chemicals to react.

The results were explosive. The tiny bioreactors pumped out energy molecules, called ATP, inside living cells. The burst of energy saved injured cells, providing them with a boost of power to fight back against dangerous molecules that otherwise lead to cell death.

“We assembled an artificial component that can communicate effectively within the living system,” the authors said.

Generating energy is a great use—it can potentially save tissue from stroke or other injuries. But that’s just scratching the surface. The nanobioreactors are a new way to tinker with the inner workings of the cell. Potential uses are wide, such as saving tissues from aging or cancer.

“This approach could…address important challenges in bottom-up synthetic biology and bioinspired engineering,” the team wrote. It “represents an advance in the mimicking of nature’s own organelles.”

You’ve heard of organs, but what are organelles? Let’s zoom into a cell.

Our cells are basically tiny living cities, each with an intricate infrastructure. For a visual, imagine a large snow globe with multiple smaller structures—some globular, some like floating bits of seaweed—all nestled happily inside that fatty shell. Each of these components are called organelles, because similar to organs, they have individualized functions.

There’s the nucleus, a peach core-like structure with holes that houses our DNA. There’s the lysosome, a bag of sizzling acid that’s a waste disposal tool to break down the cell’s gunk. There’s the mitochondria, a floppy, alien-looking organelle that’s smooth on the outside but has hairbrush-like fingers on the inside that house the materials for generating energy.

Each organelle makes up a microenvironment, so they can function semi-independently. It’s how our cells are such efficient chemical factories—thanks to organelles, they can perform parallel cascades of reactions in tandem that support life. Basically, organelles allow cells to be multitaskers, because each one is its own bioreactor.

What happens if one goes down?

When a city’s electrical grid fizzles out, it’s nice to have a backup generator to keep the energy flowing.

The new study wondered if we can build a micro-generator for the cell. The body’s main energy-producing organelle is the mitochondria. In diseases like stroke or cancer, or even as we age, their functions go down. This can cause tissue damage, which in turn scars the heart, the muscle, and the mind.

Can we replace a dying organelle with an artificial one?

Enter synthetic biology. Scientists have long understood the intricate biochemical reactions that rumble inside a specific organelle—for example, those that make the energy molecule, ATP. We have the recipe. The problem is building an extra kitchen when the original burns down so we can still produce the same final molecular dish.

Here’s where the cell’s digestive quirks come in. A cell has a fluid outer membrane—like a double-layered soap bubble—that can pinch off into a separate, smaller bubble that wraps around cellular chemicals. It’s a bit like making dumplings or tortellini from a giant blob of dough and filling. Once these exosomes are released from cells, they float over to a nearby cell, get gulped up, and release their contents into that cell.

In other words: exosomes are great wrappers to stuff in chemical ingredients to mimic an organelle.

The next step is controlling their fusion. Exosomes are perfectly happy to meld with one another, regardless of the cargo they’re carrying. That can get dangerous. Think dumping every single cooking ingredient into a pan and setting off a fire alarm—not the best outcome inside cells. Instead, we want to add those ingredients in steps.

The team’s solution was magnets. Sort of. They dotted the surface of the exosome wrappers with a molecule, catechol, that grabs onto metal ions. Catechol was then linked with different protein “zip codes” that direct the exosome to specific cells.

This way, the exosomes can hone in on their target tissue as sleeper agents. They only fuse and react, generating the final product, when doused with a dusting of iron.

In their first test tube experiment, the team coaxed cells in a Petri dish to burp up exosomes. These “wrappers” were then purified and each re-stuffed with two separate, different chemicals. When they mixed and reacted, the chemicals released a fluorescent signal that was easy to see under a microscope. To tether two different exosomes together, the team bioengineered catechol—the sticky hand for iron particles—onto their outer shells. With one drop of metal iron, the exosomes were pulled close to each other and fused into one giant blob.

The two chemicals blended, and voilà—the newly-minted artificial organelle lit up with fluorescence like a Christmas tree. The same mixing happened when three different blobs, each carrying a single reactant, fused together.

To the authors, it was proof that their nanobioreactor worked reliably: each could carry highly reactive chemicals, but only flip on production when given a cue.

Encouraged, the team moved to engineering an artificial mitochondria, the organelle that pumps out ATP, the energy molecule.

Cells are fragile beings. When starved of oxygen, they’ll rapidly cook up a toxic soup of chemicals, including tiny little bullets dubbed reactive oxygen species (ROS), which shoot holes through the cell’s various compartments. One way to combat this decline is to boost the cell’s energy resource, which helps battle these damaging molecules. Unfortunately, the cell’s main ATP-producing factory, the mitochondria, is the first to go down.

As an alternative, the team stuffed four proteins and chemicals into exosome bioreactors, with a main one being ATPsynthase, which (you guessed it) helps synthesize ATP, in the presence of sugar.

With the cell’s own mitochondria in distress, the team sent in these reprogrammed exosomes. Once fused, the nanoreactors boosted the cell’s energy production nearly twofold. Levels of dangerous ROS molecules also tanked, suggesting that the artificial replacement organelle provided a lifeline.

“To the best of our knowledge, there are no studies reporting this ability related to exosome fusion,” the authors said.

As a next step, the scientists will tease out how the immune system responds to these natural bioreactors, how long they last inside the body, and how well they work for other biochemical reactions. But thanks to the system’s plug-and-play mode—just pop in your favorite chemical reactants—we now have a new way to control and reprogram a living cell’s life.