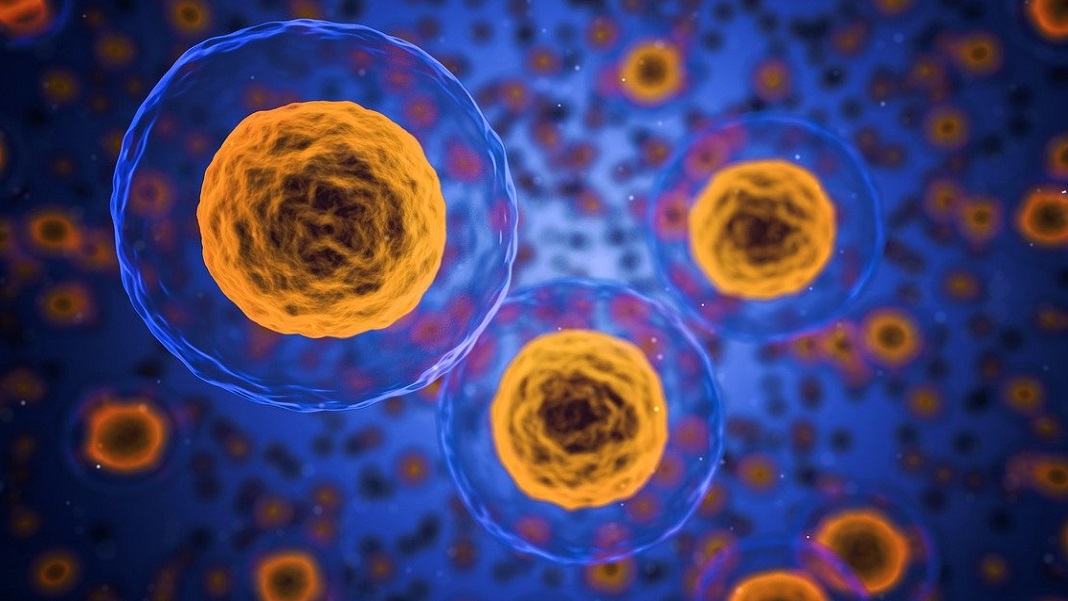 Longevity research always reminds me of the parable of blind men and an elephant. A group of blind men, who’ve never seen an elephant before, each touches a different part of the elephant’s body to conceptualize what the animal is like. Because of their limited experience, each person has widely different ideas—and they all believe they’re right.

Aging, thanks to its complexity, is the biomedical equivalent of the elephant. For decades, researchers have focused on one or another “hallmark” of aging, with admirable success. For example, we now know that energy production in aging cells goes haywire. Immune responses ramp up, stewing aging tissue in a soup of inflammatory molecules. Dying cells turn into zombie-like “senescent cells,” where they abdicate their normal functions and instead pump out chemicals that further contribute to inflammation and damage.

Yet how these hallmarks fit together into a whole picture remained a mystery. Now, thanks to a new study published in Nature Metabolism, we’re finally starting to connect the dots. In mice, the study linked up three promising anti-aging pathways—battling senescent cells, inflammation, and wonky energy production in cells—into a cohesive detective story that points to a master culprit that drives aging.

Spoiler: senolytics, the drug that wipes out senescent cells and a darling candidate for prolonging healthspan, may also have powers to rescue energy production in cells.

From Metabolism to Zombie Cells

Individual cells are like tiny cities with their own power plants to keep them running. One “celebrity” molecular worker in the process of generating energy is nicotinamide adenine dinucleotide (NAD). It’s got a long name, but an even longer history and massive fame.

Discovered in 1906, NAD is a molecule that’s critical for helping the cell’s energy factory, the mitochondria, churn out energy. NAD is a finicky worker that appears on demand—the cell will make more if it needs more; otherwise, extra molecules are destroyed (harsh, I know). As we age, our cells start losing NAD. Without the critical worker, the mitochondria factory goes out of whack, which in turn knocks the cell’s normal metabolism into dysfunction.

At least, that’s the story in mice. Although yet unproven for slowing aging or age-related disorders in humans, NAD boosters are already making a splash in the supplement world, raising even more need to understand how and why NAD levels drop as we age.

Giving NAD a run for its anti-aging fame are senolytics, a group of chemicals that destroy senescent “zombie” cells. These frail, beat-up cells are oddities: rather than dying from DNA damage, they turn to the dark side, staying alive but leaking an inflammatory cesspool of molecules called SASP (senescence associated secretory phenotype) that “spread” harm to their neighbors.

A previous study in ancient mice, the equivalent of a 90-year-old human, found that wiping out these zombie cells with two simple drugs increased their lifespan by nearly 40 percent. Others using a genetic “kill switch” in mice found that destroying just half of zombie cells helped the mice live 20 percent longer, while having healthier kidneys, stronger hearts, luscious fur, and perkier energy levels. Similar to NAD supplements, pharmaceutical companies are investigating over a dozen potential senolytics in a race to bring one to market.

But what if we can combine the two?

A Hub for Aging

The new study, led by aging detectives Drs. Judith Campisi and Eric Verdin at the Buck Institute for Research on Aging in Novato, California, asked if we can connect the line between NAD and zombie cells, like suspects on an evidence board.

Their “lightbulb” clue was a third molecule of interest, highlighted in a 2016 study. Meet CD38, a molecule that plays double roles as an aging culprit. It wreaks havoc as an immune molecule to boost inflammation, while chewing up and destroying NAD. If CD38 is a new drug flooding the streets, then the team’s goal is to hunt down where it came from.

Using tissue from both mice and humans, the team traced CD38 to a type of immune cells. These cells, called M1 macrophages (literally, “big eaters”) are well known to increase inflammation in the body and cause DNA damage with age. When comparing fat tissue isolated from young and old mice, the team realized that these over-hyper immune cells pump out CD38 like crazy as the cells age—which, in turn, breaks down the good-for-you molecule, NAD.

One mystery in aging, explained Verdin, is whether NAD levels drop because of a faucet problem—our ability to make NAD—or leaky sink problem, where aging cells break down NAD too fast. “Our data suggests that, at least in some cases, the issue stems from the leaky sink,” he said.

Here’s the evidence so far: aging triggers a type of immune cells to pump out CD38, a nasty chemical from immune cells that eats up NAD. But why? More importantly, how can we stop it?

In an unexpected twist of events, the connection seemed to be zombie cells.

Remember, zombie cells leave a chemical evidence trace of inflammatory chemicals called SASP. They also change their “molecular look” so it’s possible to tease them out from a sea of healthy cells (think zombies versus humans in any zombie movie). In fatty tissue from aged mice, the team identified zombie cells and found that their “toxic waste” massively increased the amount of CD38 floating around. Going back to the drug analogy, if CD38 is a drug, then the specific immune cells are the manufacturers pumping it out to eat up NAD and wreck the cell’s energy production. Here, zombie cells are the drug kingpin, and their SASP molecules direct immune cells to make more CD38.

If zombie cells are the kingpin, then getting rid of them should reduce the inflammatory CD38 “drug,” and in turn, preserve good guy NAD. To test it out, the team used a genetically engineered mouse, which allows scientists to identify zombie cells and selectively kill them off.

The team injected the mice with a drug that damaged their DNA. This mimics aging, in the sense that it increased zombie cells and CD38. Killing zombie cells lowered CD38 levels—like clearing a drug off the streets—and preserved NAD.

“We are very excited to link two phenomena which have been separately associated with aging and age-related disease,” said Verdin.

For now, zombie cells seem to be a master-level culprit that drives inflammation, decreases NAD levels, and breaks the cell’s energy production. This suggests that senolytics, which selectively kills off zombie cells, could as a secondary effect also increase NAD—something we didn’t know previously.

To Verdin, however, that doesn’t mean NAD supplements are useless or that senolytics are the one-and-only silver bullet against aging. “Ultimately I think supplementation will be part of the equation, but filling the sink without dealing with the leak will be insufficient to address the problem,” he said. In other words, for NAD supplementation to better work, we may need to also use senolytics to decrease zombie cells and CD38 levels, thus “plugging the leak.”

If all this makes your head spin—yup, same here! Our bodies run multiple “aging programs,” and we’ve just begun linking all these disparate culprits together. But the rewards could be great for creating therapies that slow or even reverse aging. After all, if we can find several masters that drive aging, why go after the little guys when you can target the boss?