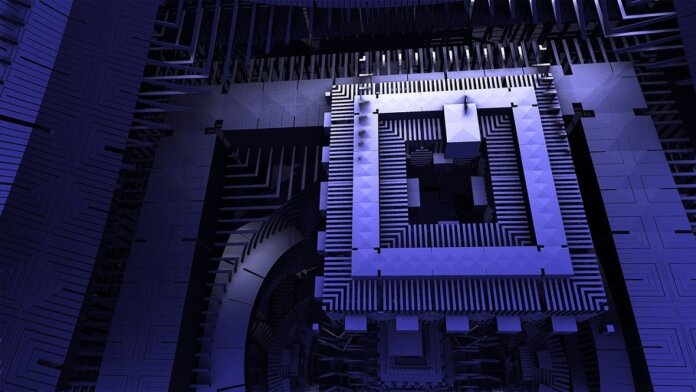 Electronic design automation tools started to become commonplace in the early 1980s as the complexity of processors rose exponentially, and today they are an indispensable tool for chip designers.

More recently, Google has been turbocharging the approach by using artificial intelligence to design the next generation of its AI chips. This holds the promise of setting off a process of recursive self-improvement that could lead to rapid performance gains for AI.

Now, New Scientist has reported on a team from the University of Science and Technology of China in Shanghai that has applied the same ideas to another emerging field of computing: quantum processors. In a paper posted to the arXiv pre-print server, the researchers describe how they used a quantum computer to design a new type of qubit that significantly outperformed their previous design.

“Simulations of high-complexity quantum systems, which are intractable for classical computers, can be efficiently done with quantum computers,” the authors wrote. “Our work opens the way to designing advanced quantum processors using existing quantum computing resources.”

At the heart of the idea is the fact that the complexity of quantum systems grows exponentially as they increase in size. As a result, even the most powerful supercomputers struggle to simulate fairly small quantum systems.

This was the basis for Google’s groundbreaking display of “quantum supremacy” in 2019. The company’s researchers used a 53-qubit processor to run a random quantum circuit a million times and showed that it would take roughly 10,000 years to simulate the experiment on the world’s fastest supercomputer.

This means that using classical computers to help in the design of new quantum computers is likely to hit fundamental limits pretty quickly. Using a quantum computer, however, sidesteps the problem because it can exploit the same oddities of the quantum world that make the problem complex in the first place.

This is exactly what the Chinese researchers did. They used an algorithm called a variational quantum eigensolver to simulate the kind of superconducting electronic circuit found at the heart of a quantum computer. This was used to explore what happens when certain energy levels in the circuit are altered.

Normally this kind of experiment would require them to build large numbers of physical prototypes and test them, but instead the team was able to rapidly model the impact of the changes. The upshot was that the researchers discovered a new type of qubit that was more powerful than the one they were already using.

Any two-level quantum system can act as a qubit, but most superconducting quantum computers use transmons, which encode quantum states into the oscillations of electrons. By tweaking the energy levels of their simulated quantum circuit, the researchers were able to discover a new qubit design they dubbed a plasonium.

It is less than half the size of a transmon, and when the researchers fabricated it they found that it holds its quantum state for longer and is less prone to errors. It still works on similar principles to the transmon, so it’s possible to manipulate it using the same control technologies.

The researchers point out that this is only a first prototype, so with further optimization and the integration of recent progress in new superconducting materials and surface treatment methods they expect performance to increase even more.

But the new qubit the researchers have designed is probably not their most significant contribution. By demonstrating that even today’s rudimentary quantum computers can help design future devices, they’ve opened the door to a virtuous cycle that could significantly speed innovation in this field.