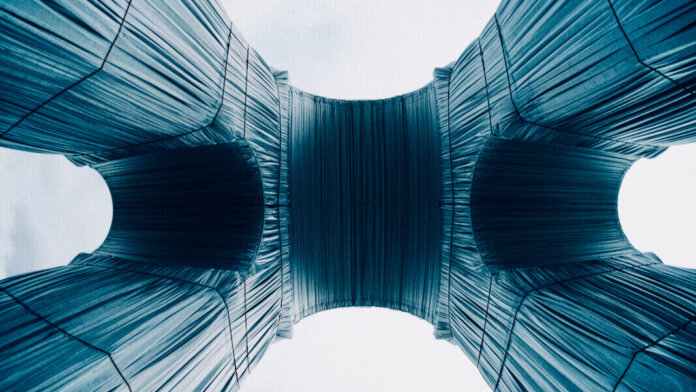 How the World’s Biggest Brain Maps Could Transform Neuroscience
Alison Abbott | Nature
“To truly understand how the brain works, neuroscientists also need to know how each of the roughly 1,000 types of cell thought to exist in the brain speak to each other in their different electrical dialects. With that kind of complete, finely contoured map, they could really begin to explain the networks that drive how we think and behave.”

A Gene-Editing Experiment Let These Patients With Vision Loss See Color Again
Rob Stein | NPR
“Carlene Knight’s vision was so bad that she couldn’t even maneuver around the call center where she works using her cane. …But that’s changed as a result of volunteering for a landmark medical experiment. …Knight is one of seven patients with a rare eye disease who volunteered to let doctors modify their DNA by injecting the revolutionary gene-editing tool CRISPR directly into cells that are still in their bodies.”

Light Field Lab Shows off Solidlight High-Res Holographic Display
Dean Takahashi | VentureBeat
“…the company [says] it is the highest-resolution holographic display ever designed. And yes, the little chameleon that I saw floating in the air looked a lot better than the pseudo-hologram of Princess Leia in the original Star Wars movie. While it’s not hard to beat the vision of holograms in a movie from 1977, it has taken an extraordinarily long time to create real holograms that look good.”

Airless Tires Are Finally Coming in 2024: Here’s Why You’ll Want a Set
Brian Cooley | CNET
“Nails become minor annoyances and sidewall cuts that usually render a tire unrepairable are no longer possible. There would be no need to check tire inflation (you’ve probably ignored my admonitions to do that anyway) and we’d say goodbye to spare tires, jacks and inflation kits that most drivers view as mysterious objects anyway. Blowouts that cause thousands of crashes a year would be impossible.”

These 5 Recent Advances Are Changing Everything We Thought We Knew About Electronics
Ethan Siegel | Big Think
“As we race to miniaturize electronics, to monitor more and more aspects of our lives and our reality, to transmit greater amounts of data with smaller amounts of power, and to interconnect our devices to one another, we quickly run into the limits of these classical technologies. But five advances are all coming together in the early 21st century, and they’re already beginning to transform our modern world. Here’s how it’s all going down.”

The Facebook Whistleblower Says Its Algorithms Are Dangerous. Here’s Why.
Karen Hao | MIT Technology Review
“Frances Haugen’s testimony at the Senate hearing today raised serious questions about how Facebook’s algorithms work—and echoes many findings from our previous investigation. …We pulled together the most relevant parts of our investigation and other reporting to give more context to Haugen’s testimony.”

D-Wave Plans to Build a Gate-Model Quantum Computer
Frederic Lardinois | TechCrunch
“For more than 20 years, D-Wave has been synonymous with quantum annealing. …But as the company announced at its Qubits conference today, a superconducting gate-model quantum computer—of the kind IBM and others currently offer—is now also on its roadmap. D-Wave believes the combination of annealing, gate-model quantum computing and classic machines is what its businesses’ users will need to get the most value from this technology.”

The Decreasing Cost of Renewables Unlikely to Plateau Any Time Soon
Doug Johnson | Ars Technica
“Past projections of energy costs have consistently underestimated just how cheap renewable energy would be in the future, as well as the benefits of rolling them out quickly, according to a new [University of Oxford] report. …if solar, wind, and the myriad other green energy tools followed the deployment trends they are projected to see in the next decade, in 25 years the world could potentially see a net-zero energy system.”

The Turbulent Past and Uncertain Future of Artificial Intelligence
Eliza Strickland | IEEE Spectrum
“Today, even as AI is revolutionizing industries and threatening to upend the global labor market, many experts are wondering if today’s AI is reaching its limits. …Yet there’s little sense of doom among researchers. Yes, it’s possible that we’re in for yet another AI winter in the not-so-distant future. But this might just be the time when inspired engineers finally usher us into an eternal summer of the machine mind.”

Facebook and Google’s New Plan? Own the Internet
James Ball | Wired UK
“The name ‘cloud’ is a linguistic trick—a way of hiding who controls the underlying technology of the internet—and the huge power they wield. Stop to think about it for a moment and the whole notion is bizarre. The cloud is, in fact, a network of cables and servers that cover the world: once the preserve of obscure telecoms firms, it is now, increasingly, owned and controlled by Big Tech—with Google and Facebook claiming a lion’s share.”

The Moon Didn’t Die as Soon as We Thought
Tatyana Woodall | MIT Technology Review
“The moon may have been more volcanically active than we realized. Lunar samples that China’s Chang’e 5 spacecraft brought to Earth are revealing new clues about volcanoes and lava plains on the moon’s surface. In a study published [Thursday] in Science, researchers describe the youngest lava samples ever collected on the moon.”