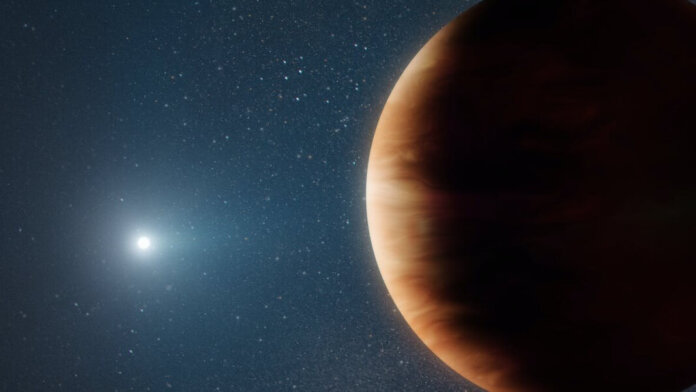 How will the solar system die? It’s a hugely important question that researchers have speculated a lot about, using our knowledge of physics to create complex theoretical models. We know that the sun will eventually become a “white dwarf,” a burnt stellar remnant whose dim light gradually fades into darkness. This transformation will involve a violent process that will destroy an unknown number of its planets.

So which planets will survive the death of the sun? One way to seek the answer is to look at the fates of other similar planetary systems. This has proven difficult, however. The feeble radiation from white dwarfs makes it difficult to spot exoplanets (planets around stars other than our sun) which have survived this stellar transformation; they are literally in the dark.

In fact, of the over 4,500 exoplanets that are currently known, just a handful have been found around white dwarfs, and the location of these planets suggests they arrived there after the death of the star.

This lack of data paints an incomplete picture of our own planetary fate. Fortunately, we are now filling in the gaps. In our new paper, published in Nature, we report the discovery of the first known exoplanet to survive the death of its star without having its orbit altered by other planets moving around, circling a distance comparable to those between the sun and the solar system planets.

This new exoplanet, which we discovered with the Keck Observatory in Hawaii, is particularly similar to Jupiter in both mass and orbital separation, and provides us with a crucial snapshot into planetary survivors around dying stars. A star’s transformation into a white dwarf involves a violent phase in which it becomes a bloated “red giant,” also known as a “giant branch” star, hundreds of times bigger than before. We believe that this exoplanet only just survived; if it was initially closer to its parent star, it would have been engulfed by the star’s expansion.

When the sun eventually becomes a red giant, its radius will actually reach outwards to Earth’s current orbit. That means the sun will (probably) engulf Mercury and Venus, and possibly the Earth, but we are not sure.

Jupiter, and its moons, have been expected to survive, although we previously didn’t know for sure. But with our discovery of this new exoplanet, we can now be more certain that Jupiter really will make it. Moreover, the margin of error in the position of this exoplanet could mean that it is almost half as close to the white dwarf as Jupiter currently is to the sun. If so, that is additional evidence for assuming that Jupiter and Mars will make it.

So could any life survive this transformation? A white dwarf could power life on moons or planets that end up being very close to it (about one-tenth the distance between the sun and Mercury) for the first few billion years. After that, there wouldn’t be enough radiation to sustain anything.

Although planets orbiting white dwarfs have been difficult to find, what has been much easier to detect are asteroids breaking up close to the white dwarf’s surface. For exoasteroids to get so close to a white dwarf, they need to have enough momentum imparted to them by surviving exoplanets. Hence, exoasteroids have been long assumed to be evidence that exoplanets are there too.

Our discovery finally provides confirmation of this. Although in the system being discussed in the paper, current technology does not allow us to see any exoasteroids, at least now we can piece together different parts of the puzzle of planetary fate by merging the evidence from different white dwarf systems.

The link between exoasteroids and exoplanets also applies to our own solar system. Individual objects in the asteroid main belt and Kuiper belt (a disc in the outer solar system) are likely to survive the sun’s demise, but some will be moved by gravity by one of the surviving planets towards the white dwarf’s surface.

The new white dwarf exoplanet was found with what is known as the microlensing detection method. This looks at how light bends due to a strong gravitational field, which happens when a star momentarily aligns with a more distant star, as seen from Earth.

The gravity from the foreground star magnifies the light from the star behind it. Any planets orbiting the star in the foreground will bend and warp this magnified light, which is how we can detect them. The white dwarf we investigated is one-quarter of the way towards the center of the Milky Way galaxy, or about 6,500 light years away from our solar system, and the more distant star is in the center of the galaxy.

A key feature of the microlensing technique is that it is sensitive to planets that orbit stars at the Jupiter-sun distance. The other known planets which orbit white dwarfs have been found with different techniques which are sensitive to different star-planet separations. Two examples relate to planets which have survived a star’s transformation into a white dwarf and have ended up closer to it than before. One was found by transit photometry (a method to detect planets as they pass in front of a white dwarf, which creates a dip in the light received by Earth) and the other was discovered through the detection of the planet’s evaporating atmosphere.

One further detection technique—astrometry, which precisely measures the movement of white dwarfs in the sky—is also predicted to yield results. In a few years, astrometry from the Gaia mission is expected to find about a dozen planets orbiting white dwarfs. Perhaps these could offer better evidence as to exactly how the solar system will die.

This variety of discovery techniques bodes well for potential future detections, which may offer further insight into the fate of our own planet. But for now, the newly discovered Jupiter-like exoplanet provides the clearest glimpse into our future. 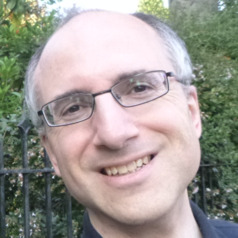 Dimitri Verashttps://warwick.ac.uk/fac/sci/physics/research/astro/people/veras/
I am an astrophysicist who researches the contents of planetary systems (including our own) in a wide variety of contexts, across both time and space. I have published academic articles about forming, destroying and evolving planets, asteroids, moons and comets while they interact with their parent star or stars. My most significant current research focus is on the future and fate of extrasolar asteroids, comets, moons and planets: how they traverse the violent giant branch stellar evolution phases and "pollute" these stars after they become "white dwarfs". The Sun will become a giant branch star and then white dwarf, and might very well be polluted by asteroids, comets or even planets such as the Earth!
RELATED