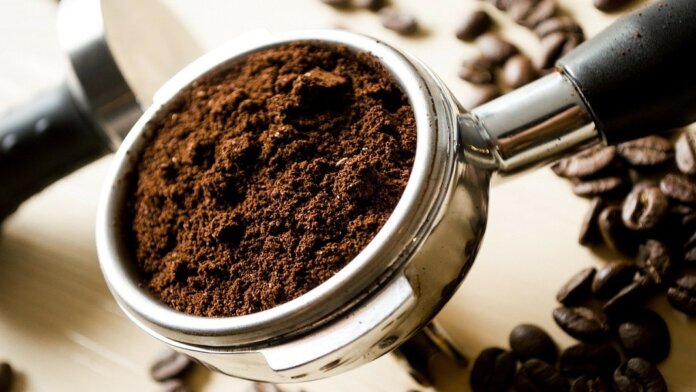 Ahh, coffee. Is there anything more delicious, more satisfying? It’s always there when you need it, be it first thing in the morning or for a mid-afternoon pick-me-up. According to the Sustainable Coffee Challenge, global consumption of this vital brew is around 600 billion cups per year (I know—I would have guessed higher, too).

But as with many of the products we consume, there’s a cost beyond what we pay at the store. Producing coffee—like producing meat, or almonds, or corn, or pretty much anything—has an environmental cost, too.

It’s that cost that’s led innovative entrepreneurs to seek a more Earth-friendly way to produce everything from beef to milk to salmon. Now coffee is joining the club, with startups in the US and Europe experimenting with new ways to make crave-worthy coffee—sans any coffee beans.

One of these is Finland’s VTT Technical Research Centre. VTT uses a technique called cellular agriculture to grow its pseudo-coffee, filling bioreactors with cell cultures then adding nutrients that encourage growth. Heiko Rischer, VTT’s head of plant biotechnology, described one of the first cups brewed with his company’s product as tasting like something “in between a coffee and a black tea.”

If Finland seems like a surprising location for one of the first artificial coffees to be made—I personally would have guessed Italy, or maybe Spain—it makes sense when you put together a couple key factors. First, Nordic countries tend to be a few steps ahead of the rest of the world in terms of environmentalism; from Greta Thunberg to electric car usage to Right to Repair laws, their help-the-planet game is strong. Also, Finland is actually the world’s biggest consumer of coffee per capita, with people throwing back an average of 26.45 pounds per year (as compared to the US average of 9.26 pounds per year).

Like most crops, coffee production simultaneously impacts the climate crisis and is impacted by it. One of the big problems coffee demand is causing is deforestation, with more and more land being cleared of trees and natural ecosystems to make way for coffee plants. Those plants require pesticides and fertilizer, and their beans then need to be shipped across the world to caffeine-addicted consumers.

VTT isn’t the only company working on making a more sustainable version of our favorite morning drink. Atomo Coffee, a startup based in Seattle, uses a different method than VTT, breaking down plant waste then converting the relevant compounds into a coffee-bean-like solid, and San Francisco-based Compound Foods uses microbes and fermentation to make bean-free coffee.

According to The Guardian, Atomo’s facility currently produces enough of the fake bean to equal around 1,000 servings of coffee a day, and aims to get that up to 10,000 a day in the next year—so, about enough to fulfill the coffee needs of a tiny fraction of its home city’s population.

That’s one of the major hurdles that companies producing synthetic foods will face; the supply chains, processes, and infrastructure serving our existing food production system grew and were refined over decades, and are able to meet consumer demand in their current form. Scaling production of lab-grown products to the level needed to continue meeting that demand—or, more likely, increased demand as the global middle class continues to grow—won’t be easy, even once fake meat tastes and feels just like real meat or lab-grown coffee goes down as smooth as the stuff that comes from plants.

Speaking of which, “in between a coffee and a black tea” isn’t going to cut it for coffee-lovers. Until the synthetic stuff smells, tastes, and feels a lot more like the real thing, switching to cell-cultured coffee is going to be a very hard… sell (pun not intended). In addition, VTT’s coffee will need to be approved by regulatory bodies in Europe and the US before the company can bring its product to market.

A final relevant issue is technological unemployment, which isn’t just a problem for people in factories getting replaced by robots; it’s a very real issue in the move towards synthetically-produced foods as well. Just as all the people working in meat packing plants would be out of a job if cultured meat goes mainstream, farmers all over the world would be left without an income if lab-grown coffee were to replace the real thing.

Scaling up production and meeting demand efficiently and effectively will take years, if not decades. But as we’ve all become increasingly aware, the planet needs all the help it can get—so though the road to sustainable food may be a slow and winding one, we don’t have much of a choice but to take it.