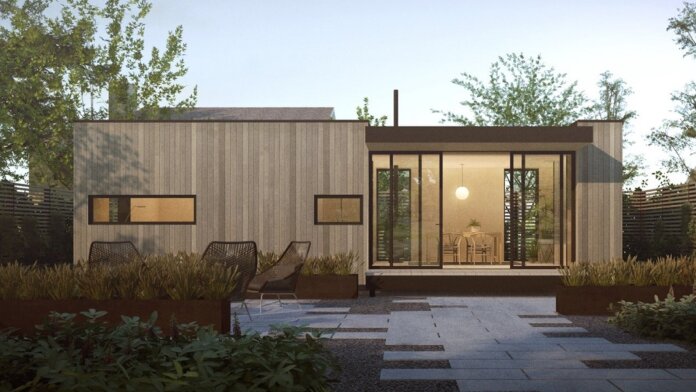 House prices have soared during the last year and a half, and the implications aren’t great (unless you’re a homeowner looking just to sell and not buy). Homelessness and housing insecurity have risen dramatically over the course of the pandemic, with millions of people unable to afford to live where they want to, and many unable to afford to live anywhere at all. A supply shortage is just one among many factors contributing to these problems, but it’s a big one; houses take a long time to build, require all sorts of permissions and inspections and approvals, and are, of course, expensive.

A Seattle-based company wants to be part of changing this, and they’ve just joined forces with a partner to make home building more sustainable and efficient while driving down its costs. Last week, construction tech company NODE, which got its start at Y Combinator, announced a merger with Green Canopy, a vertically-integrated developer, designer, general contractor, and fund manager. The new company’s goal is to offer accessible, green housing options at scale.

“The construction industry is ripe for disruption and evolution,” said NODE co-founder Bec Chapin. “It’s a giant industry that has been losing productivity over decades and is not meeting our most crucial demands for housing.”

NODE’s approach is similar to that of Las Vegas-based Boxabl, which ships pre-fabricated “foldable” houses to its customers in a 20-foot-wide load that can be up and running in as little as a day. In a 2018 GeekWire interview, Chapin said the company was “developing a component technology in which the walls, floors and ceilings are in separate pieces, as well as all of the things needed to make it a complete house: kitchens, baths, heating systems, etc. These houses can be packed more efficiently, then easily assembled on site.”

NODE homes come in flat-pack kits that fit in standard shipping containers, and they don’t require specialists to assemble; they’re essentially the IKEA furniture of houses (though IKEA furniture can, admittedly, be much harder to put together than the company would have you think, as you know if you’ve ever purchased one of their bed frames or shelving units…). Their assembly is guided by software and can be done by generalist construction workers, or even by homeowners themselves.

A 2019 McKinsey report noted that modular construction is seeing a comeback, largely thanks to the impact of new digital tools. Consumer perception of prefab housing is becoming more positive as the design of these homes gets more modern and visually appealing. Most importantly, modular construction assisted by digital technologies can make home building up to 50 percent faster, at a cost that’s comparable to or lower than traditional building costs.

Green Canopy NODE’s homes are priced between $90,000 (for a 260-square-foot-home that somehow fits in a kitchen and a bathroom) to $150,000 for a 500-square-foot model. These figures are well below the cost of using traditional building methods for homes of comparable size in the company’s native Seattle area.

So they seem to be on the right track. But where they’re really looking to set themselves apart from competitors is in their focus on sustainability. “We started Node because buildings account for 47 percent of carbon emissions, yet all of the technology exists for buildings to be carbon negative,” Chapin said.

The company’s homes are designed to be carbon neutral or carbon negative; they’re ultra energy-efficient and they use non-toxic materials. Their insulation, for example, is made of recycled denim, glass, and sand instead of fiberglass. The homes can also be outfitted with solar panels or mini wind turbines, and thus could end up generating more energy than they consume, enabling homeowners to sell power back to the grid.

The newly-merged company recently raised $10 million in new funding, and expects to double in size over the next year (it currently has 31 employees). Initially focused on the “backyard houses” popular in the Pacific Northwest and California (250- to 500-square-foot units suitable for use as guest houses, in-law units, or single-occupancy), the company is looking to build larger homes and expand its modular offerings so customers can design houses that suit their needs. As Chapin put it, “We want to create the buildings we’re going to want to use in the future, today.”