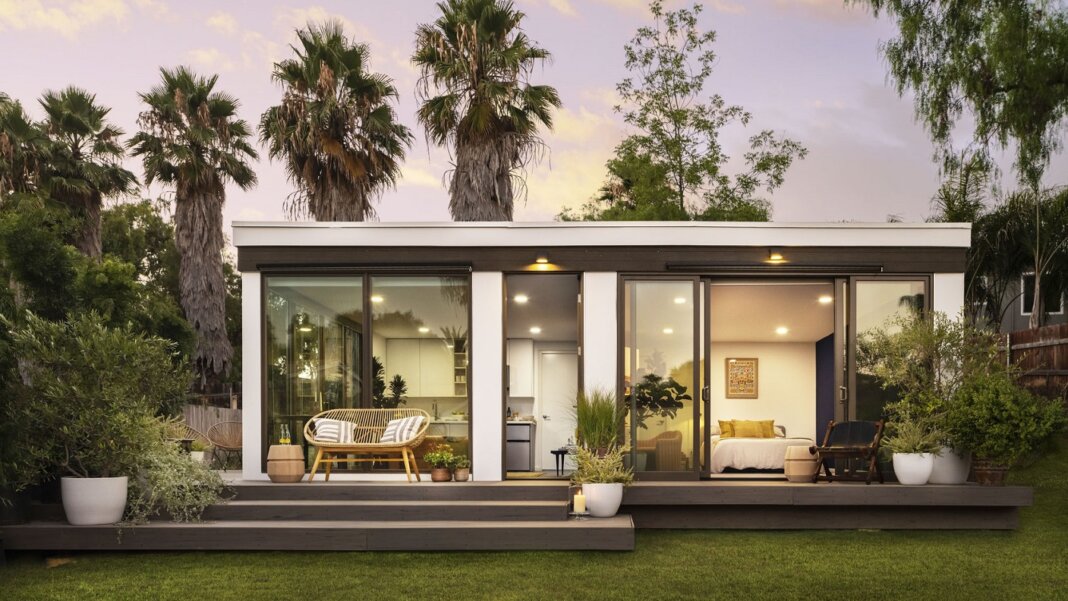 If you’d told me ten years ago that I could go live in a house built by a giant concrete-spitting 3D printer, I not only would’ve thought you were crazy, I wouldn’t have known what you were talking about.

Five years ago I still would have been very, very skeptical.

This week another company joined the 3D printed buildings melee. Oakland, California-based Mighty Buildings came out of stealth mode, to the tune of $30 million in venture capital funding. The construction technology company started out at Y Combinator, graduating in 2018, and is on track to become a major player in the industry.

In its warehouse in Oakland, the company recently printed a 350-square-foot studio demo unit in under 24 hours (this kind of time frame has become pretty standard for 3D printed homes), and it has already delivered two units to homeowners in northern and southern California.

Mighty Buildings’ homes are different from those of its 3D-printed-house peers in two ways.

First of all, they’re not made of concrete. Most existing 3D printed buildings are made of an enriched and reinforced concrete mixture, but Mighty Buildings developed its own synthetic stone to print with. Similar to Corian, a durable and heat-resistant material used in countertops, the stone dries and hardens as soon as it sees the light of day (in this case, as soon as it leaves the printer).

Secondly, while right now just the walls and floor of the houses are 3D printed, the company has plans in place to print the ceilings and roofs, too. Putting a traditional roof on is an extra step and adds cost; printing the roofs is part of the company’s push to automate as much of the construction process as possible.

“The 3D printing, robotic post-processing, and the ability to automate steps like the pouring of insulation means that Mighty Buildings will be able to automate up to 80 percent of the construction process,” Sam Ruben, chief sustainability officer and co-founder of the company, told Digital Trends.

Depending who you ask, though, these labor savings don’t quite carry over to cost savings for the final consumer. $115,000 for a studio and $285,000 for a three-bedroom, two-bath house are an absolute steal if you’re in the San Francisco Bay Area (though you still need to come up with a piece of land on which to plop your 3D printed haven). In less-expensive cities, these prices aren’t such a bargain, and in many places they’d be considered downright outrageous.

But Mighty Buildings plans to go for the low-hanging fruit first. With people stepping over each other to pay $2,000 a month for a studio in the Bay Area, homeowners with some extra space in their yards could pay off a Mighty Studio in just a few years—and it would undoubtedly be an investment that would keep on giving.

The company plans to start out by focusing on this market, and it will help that this type of housing unit is already legal in California. Ultimately, though, Mighty Buildings hopes to sell directly to developers who would buy multiple homes and build communities with them.

So whether it’s in a neighborhood full of other synthetic stone homes, floating on a pontoon in a river, or in someone’s backyard, it seems the future will see no shortage of opportunities to inhabit your very own 3D printed house.