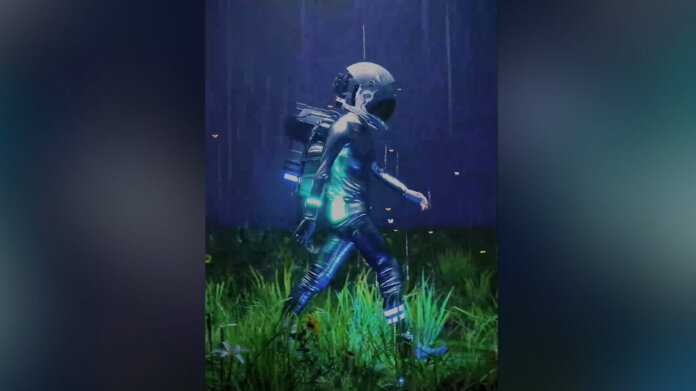 Just a few months ago, most of us had never heard of an NFT. Even once we figured out what they were, it seemed like maybe they’d be a short-lived fad, a distraction for the tech-savvy to funnel money into as the pandemic dragged on.

But it seems NFTs are here to stay. The internet has exploded with digital artwork that’s being bought and sold like crazy; in the third quarter of this year, trading volume of NFTs hit $10.67 billion, a more than 700-percent increase from the second quarter. Last month, both Coinbase and Sotheby’s announced plans to launch NFT marketplaces.

As a quick refresher in case you, like me, still don’t totally get it: NFT stands for non-fungible token, and it’s a digital certificate that represents ownership of a digital asset. The certificates are one-of-a-kind (that’s the non-fungible part), are verified by and stored on a blockchain, and allow digital assets to be transferred or sold.

Depending who you ask, NFTs were a thing as early as 2013 or 2014—but they didn’t really hit headlines until earlier this year, when artists like Grimes and Beeple sold their digital creations for millions of dollars. Soon everyone from Jack Dorsey to George Church to the NBA started jumping on the NFT bandwagon. And you’ve probably heard about the bizarre phenomenon that is the Bored Ape Yacht Club. This is just the beginning of an ever-growing list of artists, celebrities, crypto-enthusiasts, and others who are betting NFTs are the future of collectible art.

Re-enter Beeple, the American artist (whose given name is Mike Winkelmann) whose collage of 5,000 pieces of digital art, titled Everydays: The First 5000 Days, sold for $69 million in a Christie’s auction in March. Another piece of his sold this week, and though it went for less than half what Everydays did, it’s bringing a whole new twist to the NFT art world.

The new work, titled Human One, is a life-sized 3D video sculpture, and Winkelmann called it “the first portrait of a human born in the metaverse.” It shows a person in silver clothing and boots, wearing a backpack and a helmet (which is something of a cross between that of an astronaut and a motorcyclist) trekking purposefully across a changing landscape. It was purchased for $29 million at Christie’s 21st Century Evening Sale on Tuesday by Ryan Zurrer, a Swiss venture capitalist.

The piece is a box whose four walls are video screens, with a computer at its base. It’s over seven feet tall and can be viewed from any angle. But its key feature is the fact that it will be continuously updated, supposedly for the rest of Winkelmann’s life. “I want to make something that people can continue to come back to and find new meaning in. And the meaning will continue to evolve,” he said. “That to me is super-exciting. It feels like I now have this whole other canvas.”

The artist plans to change the imagery that appears in the box regularly. It will be sort of like having one of those digital photo frames, except instead of family and friends on a small, flat screen, who-knows-what will appear in 3D and larger than life. If some of the images in Everydays are any indication, Zurrer may end up seeing some pretty striking political commentary in his living room, or office, or wherever he chooses to keep Human One.

“You could come downstairs in the morning and the piece looks one way,” Winkelmann said. “Then you come home from work, and it looks another way.” However, he won’t be changing the piece according to any sort of schedule, but rather as the fancy strikes him—and, he noted, in response to current events.

If Zurrer chooses to keep the piece in his home or another private location, that would establish a sort of artistic intimacy between him and Winkelmann, with Zurrer being privy to the artist’s ideas and creativity in real time. Though Human One was doubtless an expensive and highly complex project, it’s likely just the beginning of a whole new type of “living art,” and we’ll see many imitators create their own dynamic 3D NFTs in the near future.

“This piece is about the journey and exploring, and that’s what I’m also on the ride for,” Winkelmann said.