2021 Will Set an All-Time Record for New Renewable Energy 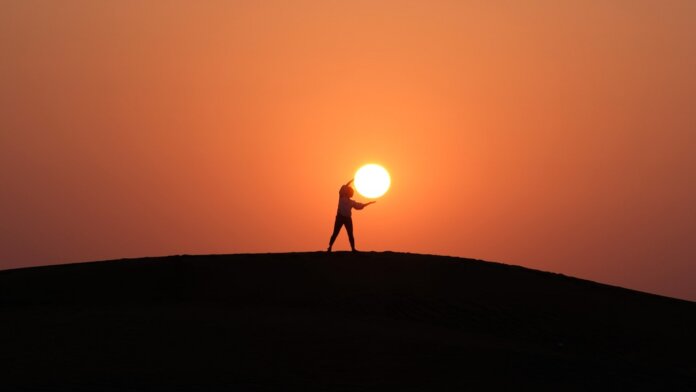 Many of the headlines that followed this year’s UN Climate Change Conference (also called the COP26) were pretty grim, with the overarching message being that we’ve done a lot of damage to the planet and it’s going to be hard to fix. But a report published this month by the International Energy Agency says there’s reason to be optimistic, because the world’s renewable energy capacity is exploding—and it doesn’t look like it’ll slow down anytime soon.

Though 2021 wasn’t as abysmal as 2020, it nonetheless panned out to be a pretty tough year; the ongoing pandemic and its restrictions—combined with labor shortages, real estate madness, supply chain disruptions, vaccine chaos, inflation, and more—made for some serious ups and downs. But renewable energy appears to have pulled through, because even though supply chains around the world have been a mess and the materials to make things like solar panels or wind turbines have gone up in cost, 2021 will set an all-time record for renewables installation. On top of that, the world’s carbon-free energy supply is predicted to skyrocket over the next five years.

290 gigawatts (GW) of power capacity from renewable sources will be added to the world’s energy supply in 2021. This beats last year’s record of 260 GW (so at least 2020 wasn’t a total bust in every way).

Putting these numbers in perspective is tough because it’s such a huge amount of energy, but here are a few figures to use as a basis of comparison. Mammoth Solar farm, which is under construction in northwest Indiana, will occupy an area equal to about 1,000 football stadiums and have a generating capacity of 1.65 GW. The biggest solar farm in the world is Bhadla Solar Park in India, which has a capacity of 2.25 GW. The Hoover Dam at its peak (when Lake Mead actually had water in it, that is) could generate 2.08 GW. The biggest coal-fired power plant in the US is Plant Scherer in Georgia, and its four generating units have a combined capacity of 3.5 GW.

These figures are all dwarfed by the IEA’s reported figure of 290 GW; in just one year, the world added renewable energy capacity equivalent to more than 128 monster solar farms, 140 Hoover Dams, or 82 massive coal plants.

Despite its relatively large footprint (1,000 football stadiums is a lot of space), solar is leading the charge, accounting for 160 of the 290 GW. 65 of this will reportedly come from China, where solar power reached price parity with coal this year, according to an analysis by Chinese researchers.

China also accounts for almost 45 percent of all the new renewables in the world, followed by the US, India, and Germany. China is aiming to have 40 percent of its energy consumption come from non-fossil fuel sources by 2030. In the US, which is the third-largest market after China and Europe, renewables expansion is getting a boost from both state-level targets and federal tax incentives.

After solar, onshore wind is the next-biggest source of new power, with offshore wind close behind. The world’s biggest source of renewable energy at the moment is hydropower, but that’s expected to remain static or even decline, with wind and solar driving most of the forecast growth over the next five years.

Speaking of the next five years, the report forecasts that by 2026, global renewables capacity will rise more than 60 percent over 2020 levels, totaling around 4,800 gigawatts—that’s not far off from what’s generated by all the fossil fuel and nuclear plants operating around the world today.

It’s important to keep in mind that all this new energy capacity coming from renewable sources doesn’t equate to a similar proportion of fossil fuel sources being phased out. Demand for energy is constantly growing, and will only continue to do so. As the global middle class expands, more people will want things like cars, air conditioning, washing machines, computers, and innumerable other consumer goods that require energy both to produce and to use. The anticipated transition to electric vehicles means we’ll need a bunch more electricity to run our cars since they won’t be burning gas.

There’s also still the intermittency problem, and the low storage capacity of batteries. But the techno-optimist angle—which in this case is very likely correct—is that technologies to alleviate these issues will continue to develop and improve over time. That’s not to say all our energy problems (nor our climate problems) will be solved, but the push towards renewables is a valuable and necessary step nonetheless.