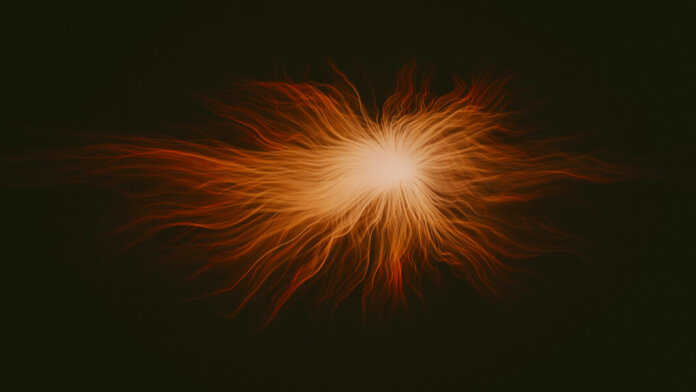 Now You Can Rent a Robotic Worker—for Less Than Paying a Human
Will Knight | Wired
“Last year, to meet rising demand amid a shortage of workers, Polar hired its first robot employee. The robot arm performs a simple, repetitive job: lifting a piece of metal into a press, which then bends the metal into a new shape. And like a person, the robot worker gets paid for the hours it works. ​Jose Figueroa​, who manages Polar’s production line, says the robot, which is leased from a company called Formic, costs the equivalent of $8 per hour, compared with a minimum wage of $15 per hour for a human employee.”

Going Bald? Lab-Grown Hair Cells Could Be On the Way
Antonio Regalado | MIT Technology Review
“We’re born with all the hair follicles we’ll ever have—but aging, cancer, testosterone, bad genetic luck, even covid-19 can kill the stem cells inside them that make hair. Once these stem cells are gone, so is your hair. [Ernesto] Lujan says his company can convert any cell directly into a hair stem cell by changing the patterns of genes active in it.”

Autonomous Battery-Powered Rail Cars Could Steal Shipments From Truckers
Tim de Chant | Ars Technica
“Parallel Systems isn’t just taking an existing freight train and swapping its diesel-electric locomotive for a battery version. Instead, it’s taking the traction motors and distributing them to every car on the train. It’s how many electric passenger trains operate, but it’s a system that has been slow to migrate to the freight world. Parallel Systems is going a step further, though. Each of its rail vehicles consists of a battery pack, electric motors, four wheels, and a package of sensors that allow it to operate autonomously.”

A $3 Billion Bet on Finding the Fountain of Youth
Staff | The Economist
“Though preparations for the launch of what must surely be a candidate for the title of ‘Best financed startup in history’ have been rumoured for months, the firm formally announced itself, and its modus operandi, on January 19th. And, even at $3bn, its proposed product might be thought cheap at the price. For the alchemy its founders, Rick Klausner, Hans Bishop and Yuri Milner, hope one day to offer the world is an elixir of life.”

Intel Selects Ohio for ‘Largest Silicon Manufacturing Location on the Planet’
Jon Porter | The Verge
“After helping to establish Silicon Valley, Gelsinger said the new site could become ‘the Silicon Heartland.’ Intel plans to invest up to $100 billion in the site over the next decade, as well as around $100 million in partnership with Ohio universities, colleges, and the US National Science Foundation to foster new talent.”

Machine to Melt Moon Rocks and Derive Metals May Launch in 2024
Eric Berger | Ars Technica
“…a Houston-based company says there is value in the gray, dusty regolith spread across the entire lunar surface. The firm, Lunar Resources, is developing technology to extract iron, aluminum, magnesium, and silicon from the Moon’s regolith. These materials, in turn, would be used to manufacture goods on the Moon.”

‘It’s All Just Wild’: Tech Startups Reach a New Peak Froth
Erin Griffith | The New York Times
“How crazy is the money sloshing around in start-up land right now? It’s so crazy that more than 900 tech start-ups are each worth more than $1 billion. In 2015, 80 seemed like a lot. …Investors and founders have adopted a seize-the-day mentality, believing the pandemic created a once-in-a-lifetime opportunity to shake things up. ‘The basic fabric of the world is up for grabs,’ [entrepreneur Phil Libin] said, calling this time ‘the changiest the world has ever been.’i”

What Happens If a Space Elevator Breaks
Rhett Alain | Wired
“In the first episode of Foundation, some people decide to set off explosives that separate the space elevator’s top station from the rest of the cable. The cable falls to the surface of the planet and does some real damage down there. What would a falling space elevator cable look like in real life? It’s not that simple to model, but we can make a rough guess.”