Psychedelics Without the Trip Could Be ‘Healing Magic’ for Mental Health 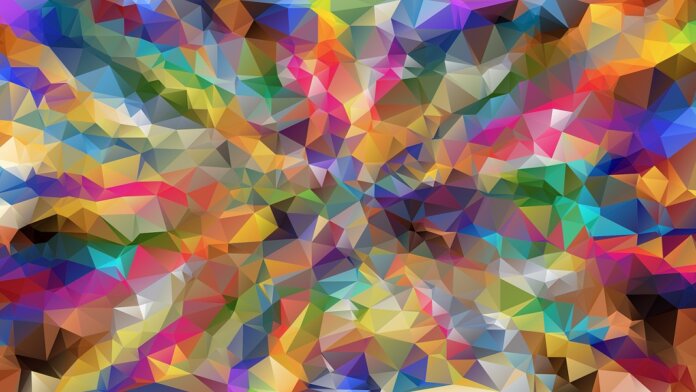 Once counterculture staples, LSD and magic mushrooms are starting to trip out another world: psychiatry. A small—but rapidly growing—group of doctors is embracing the drugs as powerful tools against a myriad of mental demons. People suffering from depression, substance abuse, and post-traumatic stress disorder (PTSD) have all benefited from psychedelics in small controlled trials. Psychedelics, over 50 years after the Summer of Love, have once again taken flight.

With one caveat: they get people high. While a perk for recreational users, the mind-altering effects can be a serious detriment to patients. For now, treatments are carefully administered and monitored inside clinics rather than patients taking pills at home. Regulatory hurdles further prohibit widespread adoption.

But what if there’s a way to strip away the high and leave only the drugs’ therapeutic effects?

Enter crystals. This week, a team extracted and crystallized the structure of psychoactive drugs docking in the brain. Using X-rays, they mapped out the interactions at the nanoscale level, teasing apart those that can lead to hallucinations from those that can calm troubled minds. Knowledge in hand, they engineered several synthetic cousins of LSD, which helped quell depressive symptoms in mice without signs of the critters getting high.

While it could be a long road from mice to men, the study is one in a series of high-profile works that seek to strip the hallucinogenic magic from psychedelics, instead adding a sprinkle of healing magic. For now, they won’t be silver bullets—the mice needed a hefty dose to dampen their depression, which is a red flag for potential side effects.

But the implications are profound. If validated in humans, the drugs would lay the groundwork for an entirely new treatment regime for mental troubles that haunt millions of people.

“This work is going to generate a lot of interest,” Dr. Bryan Roth at the University of North Carolina School of Medicine, an expert in the field who was not involved in the study, said to Science.

Psychedelics were all the rave in the 50s and 60s, and not just in the party scene, but also in psychiatry. At the time, treating patients with LSD, psilocybin (the active component in magic mushrooms), or MDMA (also known as molly or ecstasy) was considered a promising alternative to other therapies for restoring health and autonomy for people confined long-term in asylums. Over the decade, scientists tested roughly 40,000 people in over 1,000 studies for treatment of mental health and addiction issues.

Despite initially promising (though rudimentary) results, the studies lurched to a halt when psychedelics were banned as a backlash to widespread recreational use.

Yet neuroscientists never stopped examining their potential, even at the risk of their careers. A breakthrough came in the 2010s, when several studies showed that ketamine, a horse tranquilizer and party drug, had jaw-dropping effects for depression. Unlike other antidepressants, which often take months to work—if they work at all—ketamine triggered beneficial effects in some people with just one dose, and within hours.

Initially met with skepticism and considered “too good to be true,” rigorous studies further showed that in mice, ketamine boosted the birth of new neurons in the brain while tweaking neural networks to be more adaptable. In 2019, a form of ketamine was approved by the FDA as the first truly new antidepressant in decades, hailed as “a game changer” for depression and a turning point for the return of psychedelics as a potential therapeutic force. It also immediately raised the question: can we make a non-hallucinogenic alternative?

As ketamine began its rebound into psychiatric prominence, other drugs—including LSD, psilocybin, and MDMA—also started their arduous journeys of reentering medical respectability. Between 2010 and 2020 clinical trials tripled, with several showing dramatic effects. One trial found that seven out of ten people who took psilocybin reduced their symptoms by half. Other clinical trials, mostly conducted in the UK and Canada, are entering late stage.

To overcome regulatory hurdles, however, structural biologists have taken a different route: altering the structure of these chemicals, in turn stripping away their ability to trigger an unwanted trip.

It starts with visualizing where the chemicals impact the brain. The crux is a receptor called 5-HT2AR. The receptor isn’t evolved to get us high; rather, it’s a critical protein dock for serotonin—a brain chemical or neurotransmitter—that’s involved in many of our base functions. Mood is one of them, which is why most common antidepressants today target these receptors.

Like the Los Angeles port, 5-HT2AR has multiple docking sites for chemicals, each triggering a different “supply chain” route. Depending on the docking “station,” the same cargo—the drug—changes how the neuron reacts by recruiting other molecular “providers.” Depending on those providers, the drug tweaks the neural circuit in diverse ways, altering the brain’s response to the drug.

In the new study the team hunted down the “provider” proteins that trigger antidepressant effects. They first doused multiple mouse brains with different drugs, including LSD, magic mushrooms, serotonin, and a non-hallucinogenic therapy for Parkinson’s disease. They then crystallized the 5-HT2AR “dock” and examined how the chemicals interacted with it at the atomic scale with X-ray beams.

Surprisingly, many psychedelics turned out to be shape-shifters. Rather than docking at one spot, they were able to contort and bind to another nearby cavity. Turning to mice, they teased apart how the different docks worked. One dock, for example, led the mice to twitch their heads, a sign of getting high. Another, when tested for depression, alleviated the symptoms.

Guided by the 5-HT2AR’s docking map, the team engineered multiple LSD cousins that preferably bind to the anti-depressant “dock.” Repeating the experiment, they found two chemicals (with the non-catchy names of IHCH-7079 and IHCH-7806) that had antidepressant activity, without the head-twitching normally seen with LSD or psilocybin.

The study is one of many following the recipe towards a new generation of mind-healing rather than mind-bending substances. How they work remain a mystery, which is why intricate scrutiny of 5-HT2AR and other serotonin receptors is the current playbook.

On the front line are Dr. David Olson at the University of California, Davis, and Dr. Bryan Roth at UNC-Chapel Hill. Several years back, Olson synthesized near a dozen chemicals similar to LSD, with a promising result called TBG (tabernanthalog) that also binds to serotonin receptors. In mice, the drug boosted the neuronal infrastructure for learning, and cut down substance-seeking behavior in rodents. Mid-2021, a single dose of the drug was further found to be effective for stress disorders in mice. Delix Therapeutics, a company co-founded by Olson, is rapidly exploring the new drugs for clinical use, with trials potentially starting later this year.

Meanwhile, Roth has worked to decipher the structure of 5-HT2AR when bound to psychedelic compounds. The seminal study, in 2020, gained a “first glimpse” into how they act. “Given the remarkable efficacy of psilocybin for depression (in Phase II trials), we are confident our findings will accelerate the discovery of fast-acting antidepressants and potentially new drugs to treat other conditions, such as severe anxiety and substance use disorder,” he said at the time.