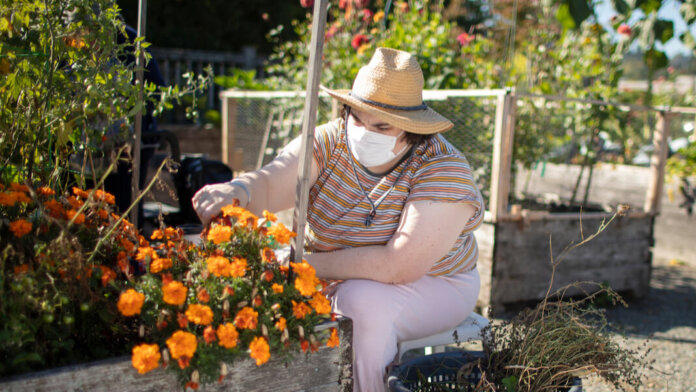 At 36 years old, the avid home cook has struggled with depression since early childhood. She tried the whole range of antidepressant medications and therapy for decades. Nothing worked. One night, five years ago, driving home from work, she had one thought in her mind: this is it. I’m done.

Luckily she made it home safe. And soon she was offered an intriguing new possibility to tackle her symptoms—a little chip, implanted into her brain, that captures the unique neural signals encoding her depression. Once the implant detects those signals, it zaps them away with a brief electrical jolt, like adding noise to an enemy’s digital transmissions to scramble their original message. When that message triggers depression, hijacking neural communications is exactly what we want to do.

Flash forward several years, and Sarah has her depression under control for the first time in her life. Her suicidal thoughts evaporated. After quitting her tech job due to her condition, she’s now back on her feet, enrolled in data analytics classes and taking care of her elderly mother. “For the first time,” she said, “I’m finally laughing.”

Sarah’s recovery is just one case. But it signifies a new era for the technology underlying her stunning improvement. It’s one of the first cases in which a personalized “brain pacemaker” can stealthily tap into, decipher, and alter a person’s mood and introspection based on their own unique electrical brain signatures. And while those implants have achieved stunning medical miracles in other areas—such as allowing people with paralysis to walk again—Sarah’s recovery is some of the strongest evidence yet that a computer chip, in a brain, powered by AI, can fundamentally alter our perception of life. It’s the closest to reading and repairing a troubled mind that we’ve ever gotten.

“We haven’t been able to do this kind of personalized therapy previously in psychiatry,” said study lead Dr. Katherine Scangos at UCSF. “This success in itself is an incredible advancement in our knowledge of the brain function that underlies mental illness.”

The key to Sarah’s recovery is a brain-machine interface.

Roughly the size of a matchbox, the implant sits inside the brain, silently listening to and decoding its electrical signals. Using those signals, it’s possible to control other parts of the brain or body. Brain implants have given people with lower body paralysis the ability to walk again. They’ve allowed amputees to control robotic hands with just a thought. They’ve opened up a world of sensations, integrating feedback from cyborg-like artificial limbs that transmit signals directly into the brain.

But Sarah’s implant is different.

Sensation and movement are generally controlled by relatively well-defined circuits in the outermost layer of the brain: the cortex. Emotion and mood are also products of our brain’s electrical signals, but they tend to stem from deeper neural networks hidden at the center of the brain. One way to tap into those circuits is called deep brain stimulation (DBS), a method pioneered in the ’80s that’s been used to treat severe Parkinson’s disease and epilepsy, particularly for cases that don’t usually respond to medication.

Sarah’s neural implant takes this route: it listens in on the chatter between neurons deep within the brain to decode mood.

But where is mood in the brain? One particular problem, the authors explained, is that unlike movement, there is no “depression brain region.” Rather, emotions are regulated by intricate, intertwining networks across multiple brain regions. Adding to that complexity is the fact that we’re all neural snowflakes—each of us have uniquely personalized brain network connections.

In other words, zapping my circuit to reduce depression might not work for you. DBS, for example, has previously been studied for treating depression. But despite decades of research, it’s not federally approved due to inconsistent results. The culprit? The electrical stimulation patterns used in those trials were constant and engineered to be one-size-fits-all. Have you ever tried buying socks or PJs at a department store, seen the tag that says “one size,” and they don’t fit? Yeah. DBS has brought about remarkable improvements for some people with depression—ill-fitting socks are better than none in a pinch. But with increasingly sophisticated neuroengineering methods, we can do better.

The first step in detecting depression-related activity in the brain was to be able to listen in. The team implanted 10 electrodes in Sarah’s brain, targeting multiple regions encoding emotion-related circuits. They then recorded electrical signals from these regions over the course of 10 days, while Sarah journaled about how she felt each day—happy or low. In the background, the team peeked into her brain activity patterns, a symphony of electrical signals in multiple frequencies, like overlapping waves on the ocean.

One particular brain wave emerged. It stemmed from the amygdala, a region normally involved in fear, lust, and other powerful emotions. Software-based mapping pinpointed the node as a powerful guide to Sarah’s mental state.

In contrast, another area tucked deep inside the brain, the ventral capsule/ventral striatum (VC/VS), emerged as a place to stimulate with little bouts of electricity to disrupt patterns leading to feelings of depression.

The team next implanted an FDA-approved neural pacemaker into the right brain lobe, with two sensing leads to capture activity from the amygdala and two stimulating wires to zap the VC/VS. The implant was previously used in epilepsy treatments and continuously senses neural activity. It’s both off-the-shelf and programmable, in that the authors could instruct it to detect “pre-specified patterns of activation” related to Sarah’s depressive episodes, and deliver short bursts of electrical stimulation only then. Just randomly stimulating the amygdala could “actually cause more stress and more depression symptoms,” said Dr. Chang in a press conference.

Brain surgery wasn’t easy. But to Sarah, drilling several holes into her brain was less difficult than the emotional pain of her depression. Every day during the trial, she waved a figure-eight-shaped wand over her head, which wirelessly captured 90 seconds of her brain’s electrical activity while reporting on her mental health.

When the stimulator turned on (even when she wasn’t aware it was on), “a joyous feeling just washed over me,” she said.

For now, the results are just for one person. But if repeated—and Sarah could be a unique case—they suggest we’re finally at the point where we can tap into each unique person’s emotional mindset and fundamentally alter their perception of life.

And with that comes intense responsibility. Sarah’s neural “imprint” of her depression is tailored to her. It might be completely different for someone else. It’s something for future studies to dig into. But what’s clear is that it’s possible to regulate a person’s emotions with an AI-powered brain implant. And if other neurological disorders can be decoded in a similar way, we could use brain pacemakers to treat some of our toughest mental foes.

“God, the color differentiation is gorgeous,” said Sarah as her implant turned on. “I feel alert. I feel present.”