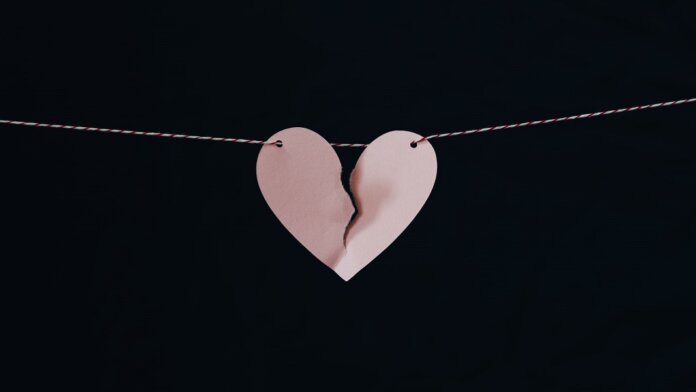 Finding love is hard, and for the past decade or two, technology has been trying to help. The number of dating apps on the market has skyrocketed—to over 1,500 by one estimate—with at least one app for almost every demographic imaginable.

These tools put a world of potential partners at our fingertips, giving us access to hundreds or even thousands of people we’d never have encountered over the course of our daily routines. Many of the algorithms used on these platforms aim to personalize users’ experiences, learning what type of people they like or what qualities they’re looking for.

So why does it seem like not only finding love, but also growing it and holding onto it have become harder than ever before?

In a panel discussion titled Optimized Romance: Is Tech Killing the Mood? at South by Southwest last week, culture journalist Cecelia Girr, Snack founder Kim Kaplan, NASA systems engineer Rashied Amini, and psychotherapist Babita Spinelli shared their thoughts on how technology has helped and simultaneously harmed our romantic lives, and what the future might hold for dating tech.

Apps for Love (and Stress)

According to eHarmony, around 40 million Americans use online dating. These services work in a way that’s counter-intuitive to how we’ve traditionally viewed love and romance, employing data and statistics to try to find users suitable matches. “Romance was once about mystery and excitement and this inexplicable magic, but increasingly, we’re seeing it defined by data and DNA and science,” said Girr.

Our beliefs around romantic chemistry and our ideal match are evolving as a result, but it’s hard to tell if it’s for better or for worse. Is technology causing us to become disillusioned with the idea of “the one,” or hungrier for it than ever?

In Spinelli’s opinion, our desire for the one will never go away. “It’s part of our emotional systems and a core human need,” she said. “We want to feel deeply understood and like there’s one person who has our back and will be with us always.” What’s evolving is the continuous expectation of being able to meet more people, which dating apps enabled in a way real life never could. If one relationship doesn’t work out, finding another is as easy as logging in and swiping away on new profiles.

The positive side of this is that it gives people hope; there’s always someone else out there. The negative side, as Spinelli put it, is that “it’s like conveyor belt sushi rather than a fine dining experience.” People are ostensibly trying to find a relationship, but they never quite feel satiated. Or, they find someone they like but don’t put in effort to make the relationship work, because there are a hundred more matches on the conveyor belt and surely it would be easier with someone else.

The paradox of choice holds that as the number of available options increases, so does the difficulty of knowing which option is best. As such, tech has caused increased anxiety around dating, and not just because there are too many options; “For people leaning into this space, it’s impacting their body image and self-esteem, and there’s an addictive quality—people are always looking and searching and that leads to dating burnout,” said Spinelli.

The Limits of Data

Rashied Amini was working on an asteroid deflection system proposal for NASA when his girlfriend of two years told him she “wasn’t feeling it.” Being the engineer that he is, Amini spent a weekend developing an algorithm to do a cost-benefit analysis of the relationship, and the couple ended up breaking things off.

Amini then took his algorithm and starting interviewing people to see if it could predict the optimal outcome—from the interviewees’ perspectives—of their current or past relationships. He found that the algorithm’s predictions lined up with reality more often than not, and decided to turn it into an app. The result is Nanaya, a “personality test to scientifically predict the future of your love life and report personalized data to help you build romantic and social ties.”

The app is still in its nascent stage, and though Amini believes in his product, he acknowledged that of course no algorithm will ever really be able to identify “the one” for us. “You’re not two people in the universe alone, you’re living in a dynamic world,” he said. You’re out and about, doing things and having experiences that could impact your view of the world, yourself, and potential partners. If you put Romeo and Juliet in a vacuum and designed an equation to measure how Romeo feels about Juliet and how he feels about himself—now and in the future—and the same for her, you could approach an accurate prediction. “This is what we’d call a two-dimensional non-linear dynamic system,” Amini said. How’s that for romantic?

But when you throw in a third dimension—in this case, the constant variability of human behavior and self-perception—accurately predicting an outcome is “mathematically just not really possible,” Amini said. Most of us weren’t holding our breath, but to those who were, sorry to burst your bubble. What algorithms can do, in Amini’s opinion, is help people improve their self-knowledge and identify relationship patterns that may emerge.

The Future Looks Murky for Love

When it comes down to it, apps are trying to make revenue for their creators, and one of the best ways to do this is to keep people on them as long as possible. “It’s a game,” Amini said. “At some point these aren’t humans anymore, they’re just faces on a screen. It’s cynical.”

So where is all this going? Will we learn our lesson, stop staring endlessly at our phone screens, and go back to looking for love the old-fashioned way, out in the real world with other humans?

Probably not. But don’t despair—there’s hope. Sort of.

Kim Kaplan started Snack, which uses a TikTok-like model where users upload videos showing their personalities and interests. “Our goal is to create an extra barrier that forces looky-lous out and lets people showcase themselves,” Kaplan said. The way dating apps work hasn’t really changed in 15 years, she pointed out, with the exception of Tinder introducing the swiping model, which was a new user experience (and I think we can all agree has left singles far worse off). “These apps should be more engaging and fun and give a real-life perspective of who someone is.”

In a slightly more distant future, she believes, you’ll be able to walk into a room and see someone’s dating profile projected onto water molecules in the air next to them, in true Black Mirror style.

While Spinelli agreed there will likely be more opportunity for virtual and extended reality experiences in dating, her predictions for the future were a bit more encouraging. Ideally, to keep people signing up and coming back, app creators will need to bring more human connection and ethical standards into these spaces, and work harder to mitigate the pitfalls of dating.

At the end of their discussion, the panelists took questions from the audience. One person asked whether apps could incorporate features to help people break up with someone more easily. Another, how dating apps can reduce pain points “like knowing what to say about yourself or knowing what to say when you message someone.” A third requested apps do more to help shy people who aren’t naturally skilled at social interaction.

These questions seemed indicative of a not-too-bright future for love and romance, and a growing expectation that besides finding people matches, dating apps will also take care of their personal growth and deliver them from any human interaction that’s not completely smooth and effortless. Finding love may not be getting easier, but trying to delegate all the heavy lifting to an algorithm will certainly end up being a disservice to everyone involved.

So what to do? Other than collectively deciding to delete all dating apps and go back to finding love the old-fashioned way, it seems our best option is to engage with these platforms mindfully and cautiously, and to remember that not all the onus is on them.

“It’s also the responsibility of people to look at what they’re bringing to the table when they join,” Spinelli said. “Do they know what they want? Have they looked at their own unhealthy relationship patterns? Are they blaming the app for some of the mistakes they’re repeating?”