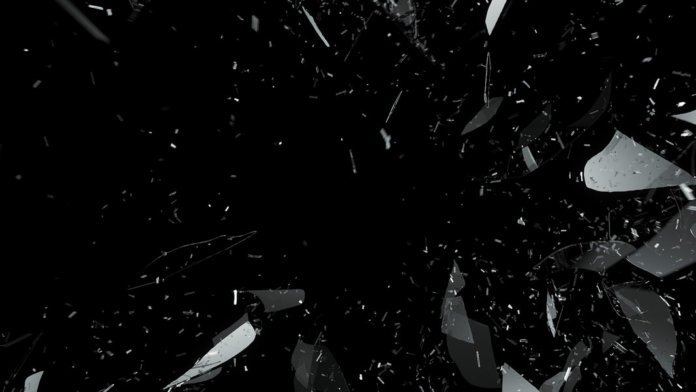 This week, the widely-anticipated fifth season of the dystopian series Black Mirror was released on Netflix. The storylines this season are less focused on far-out scenarios and increasingly aligned with current issues. With only three episodes, this season raises more questions than it answers, often leaving audiences bewildered.

The episode Smithereens explores our society’s crippling addiction to social media platforms and the monopoly they hold over our data. In Rachel, Jack and Ashley Too, we see the disruptive impact of technologies on the music and entertainment industry, and the price of fame for artists in the digital world. Like most Black Mirror episodes, these explore the sometimes disturbing implications of tech advancements on humanity.

But once again, in the midst of all the doom and gloom, the creators of the series leave us with a glimmer of hope. Aligned with Pride month, the episode Striking Vipers explores the impact of virtual reality on love, relationships, and sexual fluidity.

*The review contains a few spoilers.*

The first episode of the season, Striking Vipers may be one of the most thought-provoking episodes in Black Mirror history. Reminiscent of previous episodes San Junipero and Hang the DJ, the writers explore the potential for technology to transform human intimacy.

The episode tells the story of two old friends, Danny and Karl, whose friendship is reignited in an unconventional way. Karl unexpectedly appears at Danny’s 38th birthday and reintroduces him to the VR version of a game they used to play years before. In the game Striking Vipers X, each of the players is represented by an avatar of their choice in an uncanny digital reality. Following old tradition, Karl chooses to become the female fighter, Roxanne, and Danny takes on the role of the male fighter, Lance. The state-of-the-art VR headsets appear to use an advanced form of brain-machine interface to allow each player to be fully immersed in the virtual world, emulating all physical sensations.

To their surprise (and confusion), Danny and Karl find themselves transitioning from fist-fighting to kissing. Over the course of many games, they continue to explore a sexual and romantic relationship in the virtual world, leaving them confused and distant in the real world. The virtual and physical realities begin to blur, and so do the identities of the players with their avatars. Danny, who is married (in a heterosexual relationship) and is a father, begins to carry guilt and confusion in the real world. They both wonder if there would be any spark between them in real life.

The brain-machine interface (BMI) depicted in the episode is still science fiction, but that hasn’t stopped innovators from pushing the technology forward. Experts today are designing more intricate BMI systems while programming better algorithms to interpret the neural signals they capture. Scientists have already succeeded in enabling paralyzed patients to type with their minds, and are even allowing people to communicate with one another purely through brainwaves.

The convergence of BMIs with virtual reality and artificial intelligence could make the experience of such immersive digital realities possible. Virtual reality, too, is decreasing exponentially in cost and increasing in quality.

The narrative provides meaningful commentary on another tech area—gaming. It highlights video games not necessarily as addictive distractions, but rather as a platform for connecting with others in a deeper way. This is already very relevant. Video games like Final Fantasy are often a tool for meaningful digital connections for their players.

The Implications of Virtual Reality on Love and Relationships

The narrative of Striking Vipers raises many novel questions about the implications of immersive technologies on relationships: could the virtual world allow us a safe space to explore suppressed desires? Can virtual avatars make it easier for us to show affection to those we care about? Can a sexual or romantic encounter in the digital world be considered infidelity?

Above all, the episode explores the therapeutic possibilities of such technologies. While many fears about virtual reality had been raised in previous seasons of Black Mirror, this episode was focused on its potential. This includes the potential of immersive technology to be a source of liberation, meaningful connections, and self-exploration, as well as a tool for realizing our true identities and desires.

Once again, this is aligned with emerging trends in VR. We are seeing the rise of social VR applications and platforms that allow you to hang out with your friends and family as avatars in the virtual space. The technology is allowing for animation movies, such as Coco VR, to become an increasingly social and interactive experience. Considering that meaningful social interaction can alleviate depression and anxiety, such applications could contribute to well-being.

Techno-philosopher and National Geographic host Jason Silva points out that immersive media technologies can be “engines of empathy.” VR allows us to enter virtual spaces that mimic someone else’s state of mind, allowing us to empathize with the way they view the world. Silva said, “Imagine the intimacy that becomes possible when people meet and they say, ‘Hey, do you want to come visit my world? Do you want to see what it’s like to be inside my head?’”

What is most fascinating about Striking Vipers is that it explores how we may redefine love with virtual reality; we are introduced to love between virtual avatars. While this kind of love may seem confusing to audiences, it may be one of the complex implications of virtual reality on human relationships.

In many ways, the title Black Mirror couldn’t be more appropriate, as each episode serves as a mirror to the most disturbing aspects of our psyches as they get amplified through technology. However, what we see in uplifting and thought-provoking plots like Striking Vipers, San Junipero, and Hang The DJ is that technology could also amplify the most positive aspects of our humanity. This includes our powerful capacity to love.