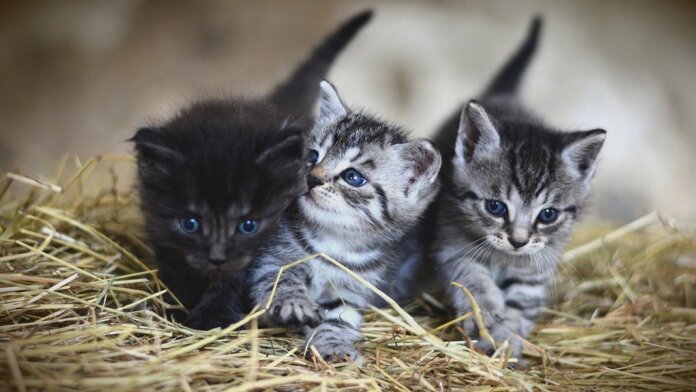 There’s been a lot of buzz in the last few years about the perils of using CRISPR gene editing on human germline cells—the reproductive cells that determine the DNA of every other cell in the body. The idea of CRISPR babies (hypothetical as far as we know, except in the case of Chinese scientist He Jiankui, who edited the DNA of twin girls to make them and their offspring immune to HIV) brings up all sorts of ethical quandaries, from “playing God” to widening the health disparities between rich and poor.

What we haven’t heard as much about, though, is CRISPR cats. And as it turns out, there seems not to be nearly as many ethical questions around editing kitties’ DNA, especially if it means more people can enjoy their company. A team of scientists has been working towards creating hypoallergenic cats by tweaking their genomes to remove a protein that causes allergies in humans.

Whether you’re allergic to cats, pollen, or something else, you know the icky symptoms: your eyes get itchy and watery, your nose feels stuffed up, breathing isn’t quite as easy, etc. The symptoms are caused by allergens, which are molecular structures foreign to the body that cause sensitive immune systems to launch a defensive response, attacking allergens in the same way it would attack a virus.

The immune system starts producing antibodies to destroy the allergens, and those antibodies in turn trigger white blood cells to release histamines. Histamines cause inflammation and catalyze reactions to try to get allergens out of the body, be it through sneezing, coughing, watery eyes, or itchy skin. It’s essentially a long chain reaction intended to protect you, but it feels pretty miserable.

The major allergen in cats is a protein called Fel d 1, which they secrete through their salivary and skin glands. Unfortunately, between 10 to 20 percent of peoples’ immune systems aren’t fond of Fel d 1. The solution, at least in the eyes of one group of scientists, is to make cats without Fel d 1.

A team at biotech firm InBio, published a paper last week in the CRISPR Journal that details research around the genes they’d need to edit to knock out the allergy-causing protein. They sequenced the DNA of 50 domesticated cats and compared it to DNA from 8 different species of wild cats; this was both to determine which gene is responsible for creating the Fel d 1 protein, and to figure out whether cats need the gene to survive—that is, whether it plays an essential role in their health.

Nicole Brackett, one of the lead geneticists on the project, actually sequenced her own cat’s DNA as part of the study. “An essential gene, one that would be required for survival or viability, generally doesn’t change much over evolution, and we’re seeing change between the exotic and domestic cat that suggests that…maybe the protein is not essential,” she said in an interview about the project last year.

The team found two genes—CH1 and CH2—that encode for Fel d 1 production, and used the CRISPR-Cas9 gene editing tool to delete these genes from cat cells in vitro (that is, cells in a lab, not inside cats’ bodies). The edits effectively eliminated the Fel d 1 protein, and the researchers noted there were no immediate negative side effects associated with the gene deletion.

The team plans to further test its use of CRISPR on in vitro cells before attempting to breed cats without CH1 and CH2. Their ultimate goal, though, is to develop a treatment for cats whereby an injection of a CRISPR therapy would cause the cats’ bodies to stop producing Fel d 1, thereby making them hypoallergenic. Such a treatment, the paper says, “may profoundly benefit cat allergy sufferers by removing the major allergen at the source.”

You would think that people with a severe cat allergy would simply not own a cat; but perhaps there’s a substantial population out there of folks who either want cats and can’t have them due to allergies, or love furry felines so much that they suffer the side effects of having one as a pet. InBio’s CRISPR cats would, in these cases, bring much-needed relief. It will likely be several years before hypoallergenic cats become a thing—if they ever do—but cat-lovers may be reassured to know sneeze-free kitties are in the works.