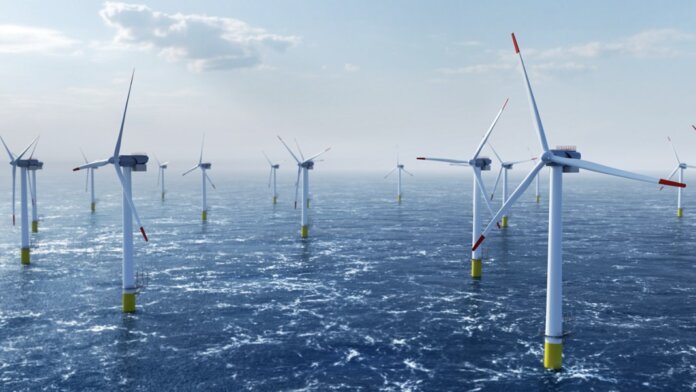 A massive offshore wind project has been underway off the coast of England for over four years. Construction of Hornsea One started in January 2018, and generated its first power a year and a half later. Meanwhile, construction of neighboring Hornsea Two got underway, with that site first coming online last December. Now the project is at long last reaching completion: Hornsea Two is completing its final reliability runs and is expected to be fully commissioned by the end of this month.

Like almost everything else in the world, Hornsea Two was derailed by the pandemic. As Orsted, the the Danish energy firm behind the project, noted in their 2021 annual report, all was going according to plan until Covid’s highly infectious Omicron variant showed up, making it impossible for the company to get the necessary number of people on the vessels used for commissioning turbines.

They’ve caught up pretty quickly (though the delay did cause Orsted to take a financial hit—the company’s second-quarter report noted a negative impact from overhedging on Hornsea Two, to the tune of about 269 million Euros/268 million USD), no small feat given that the site spans 462 square kilometers (178 square miles) of ice-cold choppy water.

Rising out of that water are 165 Siemens Gamesa 8-megawatt (MW) turbines, which the project’s web page notes deliver 20 percent more annual output than the turbines used for Hornsea One. Each blade on these turbines is 81.4 meters (267 feet) long—that’s about three-fourths the length of a football field.

The combined generating capacity of Hornsea Two’s turbines is 1.32 gigawatts (GW), which Orsted says is enough to power 1.3 million homes in the UK.

This will make Hornsea Two the biggest operational wind farm in the world, though it’s only a matter of time until it’s dethroned. Just under four years’ time, to be exact: the nearby 3.6 GW Dogger Bank wind farm has been under construction since early 2020, with the three-phase project (1.2 GW per phase) initially expected to reach completion in March of 2026. It’s possible that pandemic delays will push this timeline back by at least a few months, though.

Dogger Bank is located due north of Hornsea, the two sites not more than a few dozen miles apart. That’s no coincidence, of course; wind speeds in the area average 16-22 miles per hour. For comparison’s sake, the windiest cities in the US get gusts averaging 11-12 miles per hour.

Though Dogger Bank will trump it, Hornsea won’t be too far behind once its additional sites join the fray; Hornsea Three is expected to produce 2.8 GW of electricity and power 3.2 million UK homes, and Hornsea Four is in the planning phase.

Orsted set a target to install 30 GW of offshore wind globally by 2030; they’re well on their way, with 7.5 GW in operation, 3.5 under construction, and 11 of awarded capacity under development (including Hornsea 3).

The company’s not alone in its ambitious goal-setting; the UK is aiming to have 40 GW of offshore wind capacity by 2030, which ties into its national goal of reaching net zero emissions by 2050.

We’ll learn more about how realistic these goals are over time, but as far as offshore wind is concerned, it seems signs are pointing toward success.