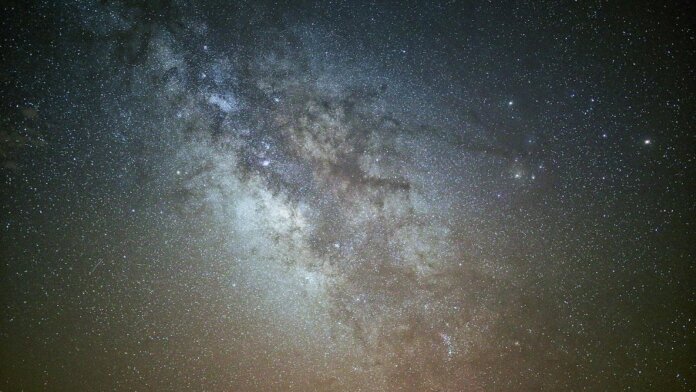 “To see a world in a grain of sand,” the opening sentence of the poem by William Blake, is an oft-used phrase that also captures some of what geologists do.

We observe the composition of mineral grains, smaller than the width of a human hair. Then, we extrapolate the chemical processes they suggest to ponder the construction of our planet itself.

Looking Out to the Universe

At an even larger scale, astrophysicists seek to understand the universe and our place in it. They use laws of physics to develop models that describe the orbits of astronomical objects.

Although we may think of the planet’s surface as something shaped by processes entirely within Earth itself, our planet has undoubtedly felt the effects of its cosmic environment. This includes periodic changes in Earth’s orbit, variations in the sun’s output, gamma ray bursts, and of course meteorite impacts.

Just looking at the moon and its pockmarked surface should remind us of that, given Earth is more than 80 times more massive than its grey satellite. In fact, recent work has pointed to the importance of meteorite impacts in the production of continental crust on Earth, helping to form buoyant “seeds” that floated on the outermost layer of our planet in its youth.

We and our international team of colleagues have now identified a rhythm in the production of this early continental crust, and the tempo points to a truly grand driving mechanism. This work has just been published in the journal Geology.

The Rhythm of Crust Production on Earth

Many rocks on Earth form from molten or semi-molten magma. This magma is derived either directly from the mantle—the predominantly solid but slowly flowing layer below the planet’s crust—or from recooking even older bits of pre-existing crust. As liquid magma cools, it eventually freezes into solid rock.

Through this cooling process of magma crystallization, mineral grains grow and can trap elements such as uranium that decay over time and produce a sort of stopwatch, recording their age. Not only that, but crystals can also trap other elements that track the composition of their parental magma, like how a surname might track a person’s family.

With these two pieces of information—age and composition—we can then reconstruct a timeline of crust production. Then, we can decode its main frequencies using the mathematical wizardry of the Fourier transform. This tool basically decodes the frequency of events, much like unscrambling ingredients that have gone into the blender for a cake.

Our results from this approach suggest an approximate 200-million-year rhythm to crust production on the early Earth.

Our Place in the Cosmos

But there is another process with a similar rhythm. Our solar system and the four spiral arms of the Milky Way are both spinning around the supermassive black hole at the galaxy’s center, yet they are moving at different speeds.

The spiral arms orbit at 210 kilometers per second, while the sun is speeding along at 240km per second, meaning our solar system is surfing into and out of the galaxy’s arms. You can think of the spiral arms as dense regions that slow the passage of stars much like a traffic jam, which only clears further down the road (or through the arm).

This model results in approximately 200 million years between each entry our solar system makes into a spiral arm of the galaxy.

So, there seems to be a possible connection between the timing of crust production on Earth and the length of time it takes to orbit the galactic spiral arms—but why?

Strikes From the Cloud

In the distant reaches of our solar system, a cloud of icy rocky debris named the Oort cloud is thought to orbit our sun.

As the solar system periodically moves into a spiral arm, interaction between it and the Oort cloud is proposed to dislodge material from the cloud, sending it closer to the inner solar system. Some of this material may even strike Earth.

Earth experiences relatively frequent impacts from the rocky bodies of the asteroid belt, which on average arrive at speeds of 15km per second. But comets ejected from the Oort cloud arrive much faster, on average 52km per second.

We argue it is these periodic high-energy impacts that are tracked by the record of crust production preserved in tiny mineral grains. Comet impacts excavate huge volumes of Earth’s surface, leading to decompression melting of the mantle, not too dissimilar from popping a cork on a bottle of fizz.

This molten rock, enriched in light elements such as silicon, aluminium, sodium, and potassium, effectively floats on the denser mantle. While there are many other ways to generate continental crust, it’s likely that impacting on our early planet formed buoyant seeds of crust. Magma produced from later geological processes would adhere to those early seeds.

Harbingers of Doom, or Gardeners for Terrestrial Life?

Continental crust is vital in most of Earth’s natural cycles—it interacts with water and oxygen, forming new weathered products, hosting most metals and biological carbon.

Large meteorite impacts are cataclysmic events that can obliterate life. Yet, impacts may very well have been key to the development of the continental crust we live on.

With the recent passage of interstellar asteroids through the solar system, some have even gone so far as to suggest they ferried life across the cosmos.

However we came to be here, it is awe-inspiring on a clear night to look up at the sky and see the stars and the structure they trace, and then look down at your feet and feel the mineral grains, rock and continental crust below—all linked through a very grand rhythm indeed. 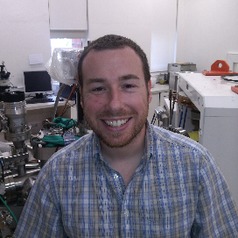 Chris Kirkland
Professor Chris Kirkland is leader of the Timescales of Mineral Systems Theme with the Centre for Exploration Targeting Curtin Node. He completed his undergraduate degree in Geoscience at the University of St Andrews in Scotland and gained a PhD in isotope geology at University College Dublin, specializing in Secondary Ionization Mass Spectrometry. After completing a Postdoctoral position at the Swedish Museum of Natural History, he moved to Western Australia in 2008 to take up a position as a Senior Geochronologist with the Geological Survey of Western Australia (GSWA). As part of this position he was responsible for the development of isotope geology within GSWA and focused on the development of state-wide Lu-Hf and oxygen isotope compilations linked to other chemical, physical and remotely sensed datasets.
RELATED