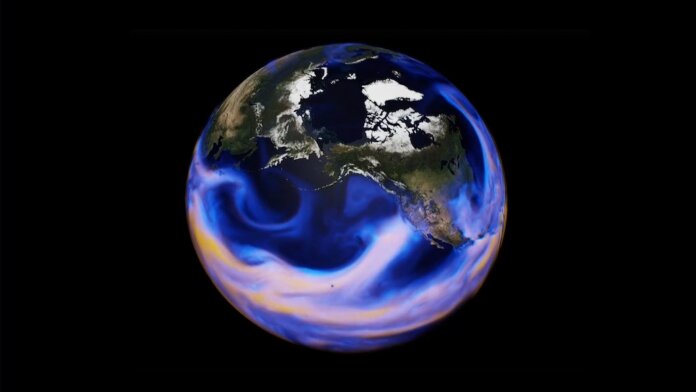 Several weeks ago, clima­­te scientists said an extreme heatwave in China was the worst on record anywhere. Days later, Pakistan declared a national state of emergency due to unprecedented flooding. In Europe, record summer heat included the highest temperature ever recorded in Britain. And, in the US, the worst drought in over a thousand years is draining the country’s two largest reservoirs, forcing water rationing on millions of people.

Extreme weather events have become alarmingly common everywhere on Earth. Currently, we mostly react, but in an ideal world, we’d be able to predict, prepare, and adapt to our changing climate.

However, that may be easier said than done.

Earth’s climate is blindingly complex. Climate and weather patterns are driven by an irreducible web of interactions across a variety of planet-wide systems. Add to that the array of human activities influencing these systems, and you’re left with a painfully elaborate set of variables.

So, an essential item on the climate crisis wish list is a way to predict how these systems might behave over time. It’s not enough to monitor the problem like a weather report. We also need to infer how human activities might influence future outcomes. An urban planner may need to know whether their building plans should account for coastal flooding. But city officials granting those permits would need to predict how that same building’s carbon emissions may affect the climate.

One exciting proposal called Destination Earth—a project launched in early 2021 by the European Commission—envisions a fully simulated digital twin of Earth’s climate. This software copy of Earth would enable researchers and governments to ask important questions about how human activity today might impact the climate outcomes of tomorrow.

Heavily inspired by the idea, NVIDIA announced a similarly ambitious project last year. Their own version will be an interactive digital twin and computing platform called Earth-2.

“At the highest level, the reason we’re building Earth-2 is to be able to predict and monitor climate change, but also develop strategies to mitigate and adapt to change,” Karthik Kashinath, principal engineer at NVIDIA and engineering lead for the Earth-2 initiative, recently told Singularity Hub. The more we know what’s coming, the better prepared we’ll be.

To appreciate Earth-2’s potential, it’s important to understand the developing landscape of digital twin technologies. What is a digital twin? And how might we make one the size of a planet?

Behind the Buzz: Digital Twins

Digital twins are a simulated replica of reality. Reality in this sense might refer to a physical object like a wind turbine or building, a process like the assembly line for manufacturing a car, or a system like the financial system or climate. The idea is that by creating a software-based duplicate of the real thing, digital twins can provide an interactive way to engage with, ask questions of, or make predictions about that object, process, or system.

A number of ingredients go into building a digital twin, but a few worth mentioning are 3D interactive interfaces, live data streams, and machine learning models for prediction.

3D interfaces are what give digital twins a distinctive video-game-like quality and why the press will often conflate their coverage of digital twins with the metaverse.

One example, for anyone who’s been in a Tesla, is the dashboard visualization tool, in which the car shows a real-time, simulated version of itself in 3D. These 3D gaming environments are useful because they abstract away the complexity of working with the underlying technologies. Because of digital twins, urban planning, facilities management, and cybersecurity are shapeshifting into work that might one day be hard to distinguish from playing a video game.

In the case of Earth-2, the project makes use of NVIDIA’s Omniverse platform which can render high-resolution 3D environments. That means users won’t necessarily need complex coding skills to work with Earth-2.

“You’re interacting with it through an interface that allows you to move sliders or type things in. It should be simple to ask questions to this digital twin and get answers,” said Kashinath.

Even if a digital twin has flashy 3D visuals, it’s not useful unless it mirrors the system it’s simulating. To do that, it must include real-time data about what’s happening inside that system.

Consider the new Hummer EV, which makes use of the Unreal game engine to give drivers a sense of what’s happening with the vehicle. The dashboard displays 3D information about things like tire pressure, cardinal direction, torque output, g-forces, and pitch and roll angles. The car can do this because it’s equipped with a variety of sensors producing real-time data.

In big buildings, occupancy sensors, elevators, lightbulbs, and more are being integrated with data about the weather and traffic conditions outside to create a real-time assessment of the building. Digital twins of buildings are now integrating tens of thousands of data points into a single dashboard, which is why a common way to describe digital twins is “a single source of truth.”

Expanding this idea from a building to the entire planet, a digital twin of Earth’s climate would need to behave like the real thing—and to do that it needs a large amount of data.

Earth-2 assimilates data from sources including satellite imagery, ground station sensors, ocean buoys, and weather balloons. Of course, these tools don’t provide weather and climate scientists complete coverage of the globe, so data from hundreds of different sources is fused together in a process called “reanalysis.” Simplistically, reanalysis is like doing a puzzle. Given the pieces you already have, you can guess what goes in the gaps.

“It’s the best representation that we have of the Earth,” said Kashinath.

With respect to digital twins broadly, AI is what turns them from a cool looking image into something interactive, useful, and predictive. A data-driven 3D image of a wind turbine, for example, isn’t as useful as one that can, say, tell a field operator that, due to a variety of reasons, there’s an 80 percent chance it will break down and need repairs today.

Earth-2 currently derives its predictive powers from a new AI model called FourCastNet, the first of more models to come. Developed with scientists from Lawrence Berkeley Laboratory, Caltech, the University of Michigan, and elsewhere, the model is a major departure from traditional weather forecasting.

Weather forecasts are still largely driven by a century-old approach called numerical weather prediction (NWP). The process plugs observations about the current weather into equations that can predict what the weather will do next. Thanks to more computing power and access to better data, NWP models have been improving for decades. Today’s seven-day forecasts, for example, are accurate roughly 80 percent of the time (though it’s likely mathematically impossible to predict specific weather events beyond about two weeks).

Instead of a numerical approach, FourCastNet combines physics and machine learning trained on roughly 10 terabytes, or 40 years’ worth, of reanalysis data. Once trained, the system can take the same weather observation data and make forecasts comparable to NWP models.

To test its accuracy, researchers compared FourCastNet predictions to results from the Integrated Forecast System (IFS), a commonly used NWP model considered to be a gold standard in weather prediction. FourCastNet demonstrated slightly more accurate predictions in shorter timescales and roughly the same accuracy on longer ones. IFS is still superior at giving predictions at a slightly higher resolution (9 square kilometers compared to 25). But with more and better weather data, Kashinath expects FourCastNet will improve its resolution over time.

The real improvement, however, is its efficiency. FourCastNet needs far less computing power and time to crunch the numbers than traditional methods.

“Today, producing a seven-day forecast takes the European Center for Forecasting about 1,500 CPU nodes, and they run it for tens of minutes,” said Kashinath. “Our model can produce the same forecast with the same fidelity 50,000 times faster, in a fraction of a second, and on a single GPU.”

While Kashinath says FourCastNet is perhaps already a better option for weather forecasting due to its speed (and an on-brand much smaller carbon footprint), understanding the future of our climate goes beyond simply predicting the weather. Long-term climate models, in contrast to weather forecasts, seek to understand broad trends like average temperatures and wind speeds, sea level rise, and extreme event frequency and severity.

Kashinath says that the speedup enabled by AI models like FourCastNet will be especially useful for these types of predictions. “We’ll be able to explore thousands of scenarios very quickly. We are dealing with a problem that has many possible scenarios, and we just can’t wait around for a numerical model to crunch through and give us answers slowly one by one,” he said.

Kashinath said that what makes digital twins special is their interactivity. While we’ve had weather forecasts for decades, we’ve never had systems we can easily ask questions of (and quickly).

Thanks to an interactive interface and quick response time, Earth-2 may prove helpful for citizens beyond climate scientists and policymakers.

“If I’m a farmer in Australia, and I want to know what the drought situation is going to look like over the next 20 to 30 years and decide what sorts of crops I might want to grow or how I might want to change irrigation technologies that I use for my farm, I want to be able to ask questions like that to this digital twin and get answers,” Kashinath said.

FourCastNet, an open-sou­­rce project, is the first product of the broader Earth-2 initiative available to researchers. And while there’s no specific date for when the team will launch Earth-2 publicly, Kashinath said it will similarly be open for use by the research community.

Hopefully, as tools like Earth-2 emerge, we can better plan for and adapt to our rapidly changing climate.