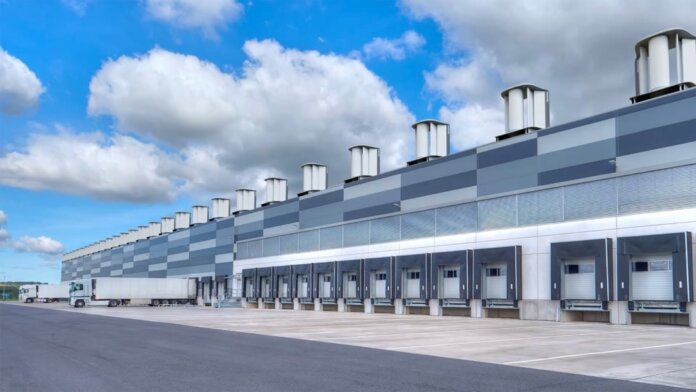 In 2021, wind turbines generated over 9 percent of US utility-scale electricity. The majority of the turbines making up that figure are the horizontal-axis variety (a rotor mounted at the top of a pole, blades twirling windmill-style). But wind energy isn’t limited to this classic design. There are also small vertical-axis turbines; large offshore vertical-axis turbines; and now, rooftop wind generators that aren’t really turbines and don’t have an axis at all, at least not in the traditional sense.

The generators are called Aeromines. Made by Aeromine Technologies, they harness wind and convert it to energy differently than conventional turbines. The latter use wind to turn blades attached to a rotor, and the spinning rotor powers a generator. Aeromines don’t have rotors or blades; instead, they have two airfoils or “wings” shaped like spoilers, angled towards each other on either side of a pole.

The generators sit on the edge of a building’s roof, taking advantage of the aerodynamic effect created by the wall below. As wind hits the airfoils, it creates a low pressure zone that sucks air through perforations and turns a propeller at the bottom of the unit. The spinning propeller is connected to a generator, which can be hooked up to a battery or connect directly to the building to provide electricity.

The system’s technology was validated through joint research with Sandia National Laboratories and Texas Tech University. A Sandia news post notes that Aeromines could be used at warehouses, box stores, commercial buildings, military bases, and remote locations. One drawback of the technology is that the hardware is fixed, meaning the direction the airfoils are angled doesn’t adjust based on which way the wind’s blowing. That means the generators are most practical in places where the wind direction doesn’t vary much.

So how much electricity can these things generate? Aeromine hasn’t set a standard capacity for the most current version of its generators, but Loz Blain points out in New Atlas that similar units were rated for five kilowatts (kW) in a presentation at the AFWERX Reimagining Energy challenge in January 2021.

The average US household uses about 9,000 kWh of electricity each year, which requires a 6.6 kW array of solar panels (about 21 standard panels). That means one Aeromine could meet the needs of an energy-conserving home, and two would be more than enough for an energy-gobbling home.

If multiple Aeromines were installed on the roof of a warehouse or office building, they could make a significant contribution to its energy needs. In a perfectly green world, Aeromines would line the edge of the roof while solar panels blanketed its inner surface, batteries inside storing the excess energy, and the building could go off the grid completely.

But this is a bit of a long shot, even for a typical office building that’s not doing any manufacturing; it’s unlikely we’ll see any buildings with a need for consistent, reliable energy going off the grid anytime soon.

There’s at least one Aeromine already in action, though. A unit was installed on the roof of a BASF manufacturing plant in Wyandotte, Michigan for testing. Aeromine says its system can generate up to 50 percent more energy than rooftop solar panels at the same cost. They’re aiming to launch the wind generators commercially by the end of 2023.