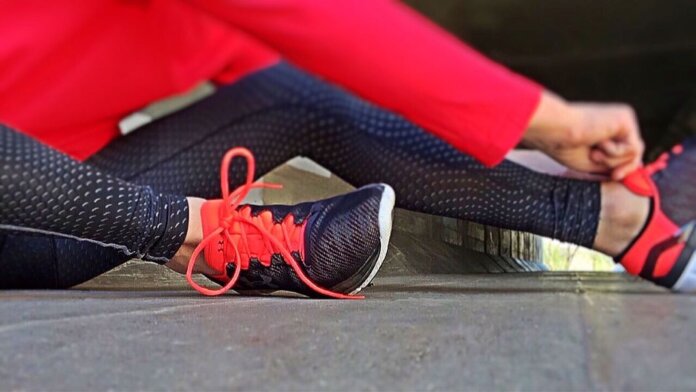 Exercise more. That’s usually my (and many other peoples’) top New Year’s resolution.

But it’s drizzly with bone-chilling winds howling outside. And I’m wrapped in a fuzzy blanket on the couch with a cup of hot cocoa and the latest Netflix show. My resolve quickly dwindles.

According to a new study in Nature, I could get a motivational boost from a surprising source: my gut microbes. In a tour-de-force study, a team from the University of Pennsylvania found that changing the millions of gut bugs in your microbiome can peel you off the couch and motivate exercise—at least, if you’re a mouse.

Alone, the results sound like pseudoscientific nonsense. But the study dug deep: the team honed in on how and why gut microbes encourage mice to run and keep running. The crux is a chemical produced by the microbiome that sends a signal from the gut to the brain, triggering a deluge of dopamine to be released into the ventral striatum—the brain’s “motivation center”—in turn sparking a desire to work out.

I’ve said this often: mice are not men. But the study propels the relatively new field of gut-brain interaction into new territory. Can the gut directly influence the brain’s motivations and desires? By hunting down the molecules in the gut that spur the brain to want to be physically active, the study gave us a first answer: yes.

“If these findings are relevant to humans, they raise the question of whether targeting gut bacteria could improve the mental processes associated with the decision to exercise across individuals, whether elite athlete or not,” said neuroscientists Drs. Gulistan Agirman and Elaine Y. Hsiao at the University of California, Los Angeles, who weren’t involved in the study.

We all know working out is good for us. Thousands of studies have shown that regular exercise helps with everything from weight control to decreasing the risk of heart disease and upping mental health and mood, and even battling aging and dementia.

So why is it that despite knowing the benefits, it’s still so hard to get motivated?

Mindset—that is, your psychology—was originally considered the main culprit, explained Agirman and Hsiao. But the new study suggests that the gut microbiome could also give you a hefty motivational boost.

The gut-brain connection is one of the most influential discoveries of the past decade. The brain doesn’t exist in a vacuum. Rather, molecules and hormones from the body can significantly impact its function. Chemicals released from the liver, for example, bolster memory function in aging mice after exercise, birthing more new neurons in the dentate gyrus—the “nursery” in the hippocampus, a region critical for memory.

A major source of these systemic molecules is the gut microbiome. Its symbiotic microbes thrive inside our guts, helping digest nutrients and support metabolism. A decade ago, neuroscientists surprisingly found that they also impact the brain. Wiping the bacteria out with antibiotics, for example, increases depressive symptoms in mice. Subsequent studies found that certain microbes excrete chemicals as they digest food, which activates the vagus nerve, a main signaling highway that goes from gut to brain.

They also help the body respond to exercise. Specific bacterial groups in the gut have emerged “as key regulators of exercise performance,” said Agirman and Hsiao. Usually this occurs through microbe-excreted chemicals to generate energy, or those that help eliminate molecules that lead to physical exhaustion, such as lactate. The new study wondered: can the gut microbiome directly shape our desire to exercise by impacting brain function?

Mice generally love to run. But like humans, depending on their genetics and physiology, they have different propensities—some like to run fast, others long, and some not at all.

To understand why, the team started with nearly 200 mice specifically bred to encourage a diverse genetic background and gathered their bodily data. These included genetic sequencing, metabolic profiling, and sequencing the RNA in their stool—an established method to gauge a gut microbiome profile.

Overall, the team collected over 10,500 data points for each mouse and roughly two million in total.

The mice next ran on a treadmill or a running wheel. The latter is a treat, as (anyone with a hamster or other rodent pet knows) they will happily hop on and run considerable distances every night—some more than nine miles per day.

But there were also couch potatoes. These fluffballs were happy to chill out, barely touching the wheel during a two-day test period.

Surprisingly, the mice’s genetic signatures had very little impact on their motivation to run. Widening their hunt, the team turned to machine learning to analyze molecules in their blood, their metabolism, and their gut microbiomes to see if individual differences matched up with running performance.

The answer raised eyebrows: the only factor that predicted a mouse’s willingness to run was its gut bacteria. It suggested that “gut bacteria drive exercise performance,” said Agirman and Hsiao.

But correlation isn’t causation. In the next tests, the team wiped out the microbiome of one group of athletic mice using antibiotics, turning them into couch potatoes. In contrast, mice raised inside a germ-free bubble—who naturally lack gut bacteria—transformed into marathon runners when transplanted with gut bugs from their naturally vigorous peers.

Why does the gut microbiome have anything to do with motivation?

The answer seems to be dopamine. Often dubbed the “pleasure chemical,” dopamine has various roles in the brain, including flagging errors that don’t fit predictions and directing smooth movements. But its best-known role is to combine movement and reward, which happens in a deep brain nugget called the ventral striatum, a part of the brain’s “reward center.”

Digging into the mice’s microbiome data, the team found that athletic mice had a population of gut bugs particularly good at secreting fatty acid amides (FAA). Acting as “keys,” these chemicals then activated a receptor “lock”—the CB1 receptor that dots the outside of a specific type of sensory neuron inside the gut (yes, the gut has neurons, and yes, the CB1 receptor is also the target of marijuana’s main chemical components). These specialized neurons then send electrical signals directly through the spinal cord into the brain’s striatum, flooding it with a hit of dopamine.

In contrast, mice without gut bacteria didn’t have this dopamine spike. A bit more sleuthing found that their brains had a high level of an enzyme that rapidly chews up dopamine, essentially killing off their “runner’s high.” However, giving them a dose of FAA as a dietary supplement or transferring gut bacteria that produces FAA into their guts upped their running games.

The authors “have demonstrated that the circuits involved in the motivation needed to sustain physical activity in mice are modulated by gut microbes,” said Agirman and Hsiao.

To be clear, these results are in mice. We don’t know if they hold up in humans. But they do offer new clues to long-lingering questions, such as why runner’s high feels great even when you’re in physical pain. I wouldn’t be surprised if the gut bug chemicals are bottled up into pre-workout motivation elixirs—though again, buyer beware!

Zooming out, the study adds to a growing pantheon of evidence that our microbiomes directly impact the brain’s function, especially for mood and motivation. But our gut does not control our desires.

“Although tempting to consider the human implications of this research, gauging the practical relevance of these findings will require extensive further assessment,” said Agirman and Hsiao. “A variety of other factors influence motivational states in people, requiring a range of strategies to strengthen motivational and reward circuits in unfavorable environments.”