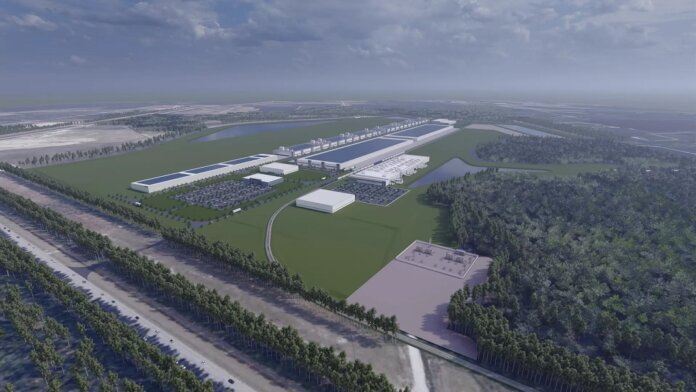 As the world attempts to transition away from fossil fuels over the next several decades, critical minerals will likely be among the world’s most sought-after commodities. The US isn’t in a great position with respect to resources like cobalt, lithium, or graphite, all of which are needed for electric vehicles. China, meanwhile, controls 65 percent of the supply chains for battery-ready lithium chemicals and has 20 times more battery manufacturing capacity than the US.

That will take a while to change in any significant way, but an announcement last week from battery manufacturer Redwood Materials is a small step towards evening the scales. The company will be building what it calls a “battery materials campus” near Charleston, South Carolina that will eventually be able to power more than a million electric vehicles per year.

Redwood runs a combination recycling/manufacturing operation: the company takes in batteries (from cars, laptops, phones, tablets, and other electronics) that are at the end of their useful life, then breaks them down and extracts metals like nickel, copper, cobalt, and lithium. They then rebuild those metals into cathode and anode products, which are the fundamental components of electric vehicle batteries (and account for most of their cost).

Anode and cathode components aren’t produced anywhere in the US at present (or anywhere in North America, for that matter). According to Redwood, companies that make battery cells have to source them through a 50,000-mile global supply chain—and that’s not cheap. As a result, American battery manufacturers will spend more than $150 billion overseas on anode and cathode components by 2030.

The Inflation Reduction Act (IRA) President Biden signed into law this past August aims to change that. The act includes provisions to aid the onshoring of critical minerals mining, processing, and related manufacturing. Mining companies that produce aluminum, lithium, or graphite will qualify for a tax credit equivalent to 10 percent of the cost of production for that mineral, and consumers who buy electric vehicles get tax credits if a certain proportion of the minerals in the cars were extracted or processed in the US or free trade partner countries.

The IRA was preceded by an announcement last May of $3.16 billion in government funding for domestic battery manufacturing and supply chains for battery materials as part of the Bipartisan Infrastructure Law passed in November 2021.

There’s no shortage of incentives, then, for companies like Redwood to get cranking on those batteries. The South Carolina plant will be built on 600 acres, cost $3.5 billion, and create about 1,500 jobs. The company says the operation won’t use any fossil fuel, sourcing only clean energy, and its plant design and manufacturing process will yield an 80 percent reduction in the CO2 emissions from producing these components (as compared to the current Asia-based supply chain).

The facility is expected to supply battery materials to Ford, SK On, Toyota, Volvo, and Envision AESC plants in nearby states. Redwood plans to break ground on the project in the first quarter of 2023, have its first recycling process running by the end of next year, and eventually produce 100 GWh of cathode and anode components annually.