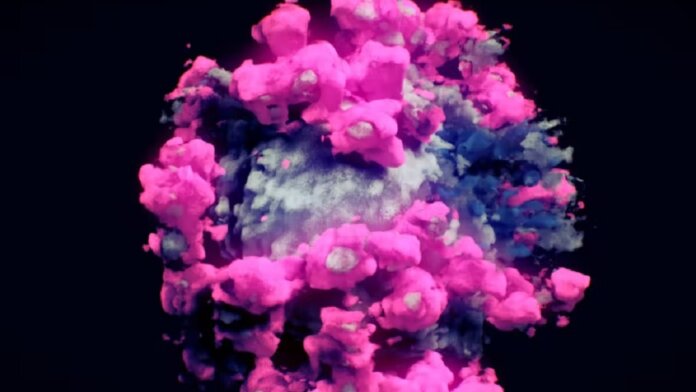 All life is made up of cells several magnitudes smaller than a grain of salt. Their seemingly simple-looking structures mask the intricate and complex molecular activity that enables them to carry out the functions that sustain life. Researchers are beginning to be able to visualize this activity to a level of detail they haven’t been able to before.

By analogy of Google Maps, while scientists have been able to see entire cities and individual houses, they did not have the tools to see how the houses came together to make up neighborhoods. Seeing these neighborhood-level details is essential to being able to understand how individual components work together in the environment of a cell.

New tools are steadily bridging this gap. And ongoing development of one particular technique, cryo-electron tomography, or cryo-ET, has the potential to deepen how researchers study and understand how cells function in health and disease.

As the former editor-in-chief of Science magazine and as a researcher who has studied hard-to-visualize large protein structures for decades, I have witnessed astounding progress in the development of tools that can determine biological structures in detail. Just as it becomes easier to understand how complicated systems work when you know what they look like, understanding how biological structures fit together in a cell is key to understanding how organisms function.

A Brief History of Microscopy

In the 17th century, light microscopy first revealed the existence of cells. In the 20th century, electron microscopy offered even greater detail, revealing the elaborate structures within cells, including organelles like the endoplasmic reticulum, a complex network of membranes that play key roles in protein synthesis and transport.

From the 1940s to 1960s, biochemists worked to separate cells into their molecular components and learn how to determine the 3D structures of proteins and other macromolecules at or near atomic resolution. This was first done using X-ray crystallography to visualize the structure of myoglobin, a protein that supplies oxygen to muscles.

Over the past decade, techniques based on nuclear magnetic resonance, which produces images based on how atoms interact in a magnetic field, and cryo-electron microscopy have rapidly increased the number and complexity of the structures scientists can visualize.

What Are Cryo-EM and Cryo-ET?

Cryo-electron microscopy, or cryo-EM, uses a camera to detect how a beam of electrons is deflected as the electrons pass through a sample to visualize structures at the molecular level. Samples are rapidly frozen to protect them from radiation damage. Detailed models of the structure of interest are made by taking multiple images of individual molecules and averaging them into a 3D structure.

Cryo-ET shares similar components with cryo-EM but uses different methods. Because most cells are too thick to be imaged clearly, a region of interest in a cell is first thinned by using an ion beam. The sample is then tilted to take multiple pictures of it at different angles, analogous to a CT scan of a body part (although in this case the imaging system itself is tilted, rather than the patient). These images are then combined by a computer to produce a 3D image of a portion of the cell.

The resolution of this image is high enough that researchers (or computer programs) can identify the individual components of different structures in a cell. Researchers have used this approach, for example, to show how proteins move and are degraded inside an algal cell.

Many of the steps researchers once had to do manually to determine the structures of cells are becoming automated, allowing scientists to identify new structures at vastly higher speeds. For example, combining cryo-EM with artificial intelligence programs like AlphaFold can facilitate image interpretation by predicting protein structures that have not yet been characterized.

As imaging methods and workflows improve, researchers will be able to tackle some key questions in cell biology with different strategies.

The first step is to decide what cells and which regions within those cells to study. Another visualization technique called correlated light and electron microscopy, or CLEM, uses fluorescent tags to help locate regions where interesting processes are taking place in living cells.

Comparing the genetic difference between cells can provide additional insight. Scientists can look at cells that are unable to carry out particular functions and see how this is reflected in their structure. This approach can also help researchers study how cells interact with each other.

Cryo-ET is likely to remain a specialized tool for some time. But further technological developments and increasing accessibility will allow the scientific community to examine the link between cellular structure and function at previously inaccessible levels of detail. I anticipate seeing new theories on how we understand cells, moving from disorganized bags of molecules to intricately organized and dynamic systems. 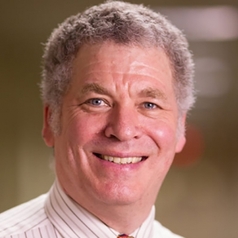 Jeremy Berg
Jeremy M. Berg, PhD, is associate senior vice chancellor for science strategy and planning, health sciences, and professor of computational and systems biology in Pitt’s School of Medicine. Dr. Berg works to advance the University’s position as a biomedical research leader. In July 2016, he was named editor-in-chief of Science magazine and the Science family of journals. Dr. Berg was the founding director of Pitt’s Institute for Precision Medicine, which he oversaw from 2013–16. Launched by Pitt and UPMC, the institute applies genetics, genomics, and research in other areas to advance evidence-based medicine and treatments tailored to individual patients, often through genetics and DNA analysis. Prior to his appointment at Pitt in 2011, Dr. Berg served as director of the National Institute of General Medical Sciences (NIGMS), one of the National Institutes of Health, where he oversaw a $2 billion budget supporting basic research across a wide range of areas, including cell biology, genetics, biological chemistry, bioinformatics, anesthesiology, wound healing, and critical care medicine. Before serving as NIGMS director, Dr. Berg directed the Institute for Basic Biomedical Sciences at Johns Hopkins University School of Medicine, where he was professor and director of the Department of Biophysics and Biophysical Chemistry. Dr. Berg’s research into the structures and functions of biological molecules has elucidated how zinc-containing proteins bind to DNA or RNA and regulate gene activity. As a bioinorganic chemist, Dr. Berg investigates biomolecule interaction inside cells using experimental and computational methods. Dr. Berg’s awards and honors include the American Chemical Society’s Public Service Award, the Distinguished Service Award from the Biophysical Society, and election to the National Academy of Medicine. He is a fellow of the American Association for the Advancement of Science and past president of the American Society for Biochemistry and Molecular Biology. Dr. Berg earned his BS and MS in chemistry at Stanford University, received his PhD in chemistry from Harvard University, and was a postdoctoral fellow in biophysics at Johns Hopkins.
RELATED