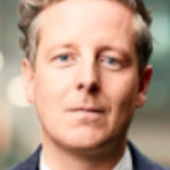 Gavin is an associate professor in financial technology at the University of Liverpool where he is the FinTech lead. His research focuses on payment technologies and the future of money, specifically cryptocurrencies and stablecoin pricing.

Gavin is a fellow of the ICAEW as a chartered accountant. He is listed on the FCA’s Register. He is also a cofounder and director of a digital assets fund.

From 2017 to date Gavin has performed in excess of two hundred media engagements reaching an audience of 100+ million people.

Gavin has been an invited keynote speaker at; The House of Lords, the Isle of Man government, the University of Oxford, the University of Manchester, HMRC, the Bank of England, H.M. Treasury, the civil service and CASS Business School.

He is a published author having written the book 'Algorithms, Blockchain & Cryptocurrency' with Emerald Publishing in 2020. Gavin is currently writing two more books with Emerald publishing, 'Money 2030' & 'Spending Without Thinking', scheduled for publication in 2022.

Gavin is a thought leader in cryptocurrencies with a significant media profile. He has been interviewed by live television (BBC and CNBC) and radio (BBC Radio 4 and 5). He has also written articles and provided media commentary for leading national newspapers, including; The Daily Telegraph, The Conversation, The Independent, The Financial Times, The Times, The Metro, Yahoo Finance, The Sunday Times, Moneywise Magazine, Forbes Magazine, The ICAEW, The Government Gazette for The E.U., and The Daily Express.

He has provided industry talks for Credit Suisse, Bank of China, JP Morgan, American Express, The Greater Manchester Chamber of Commerce, and HSBC in London, New York, Singapore, and online. Gavin has given keynote speeches at conferences including The European Blockchain Expo 2019 in Amsterdam and The AI and Blockchain Summit 2019 in Malta. Gavin is an invited keynote speaker at the forthcoming Northern Economic Summit in the UK.

Gavin holds both a Bachelors and MSc in business management as well as an MBA from the University of Oxford (Said Business School) where he was a Dean's List Member.

Gavin Brown - March 6, 2022
War is expensive. The United States spent about $1 trillion on the 2003 Iraq war in today’s money, while the Falklands war cost the UK the equivalent of about £2.6 billion. Funding is therefore an...
Read more