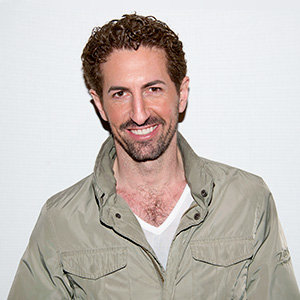 Moran Cerf is a professor of neuroscience and business (Kellogg School of Management) and the Alfred P. Sloan professor (American Film Institute; ’AFI’).

Cerf holds a Ph.D in neuroscience (Caltech), an MA in Philosophy and a B.Sc in Physics (both from Tel-Aviv University).

His research uses methods from neuroscience to understand the underlying mechanisms of our psychology, emotion, decision-making and dreams.

Cerf holds multiple patents and his work has been published in academic journals such as Nature, and portrayed in popular media outlets such as Wired, Scientific American, BBC, CNN, The Atlantic, Time, Forbes and dozens of others.

Cerf has made much of his research accessible to the general public via his public talks at TED, TEDx, PopTech, The World Economic Forum, and many more - gathering millions of views and a large following.

Cerf was recently named one of the "40 leading professors below 40".

At AFI he teaches an annual seminar on science in films and is a consultant to Hollywood productions such as “Bull”, “Limitless”, “Falling Water”, and more.

Prior to his academic career, Cerf worked as a hacker in the cybersecurity industry. Currently, is on the board of a number of tech companies and is the Co-founder of ThinkAlike and B-Cube.

Importantly, he is right handed.

Moran CerfRyan BurkeScott Payne - Mar 11, 2019
In recent years, the media has sounded the alarm about mass job loss to automation and robotics—some studies predict that up to 50 percent of current jobs or tasks could be automated in coming...
Read more