The Genetically Modified Food You Eat

Would you eat food that was genetically modified? You probably already have. 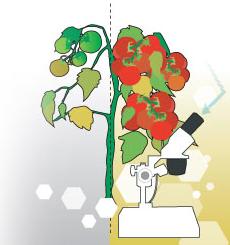 Scientists have been tinkering with the DNA of commercial food for nearly two decades, and they’ve covered most of the food pyramid. Modern soybeans, cotton, tomatoes, potatoes, corn, rice, and sugarcane have all had their genomes tweaked to serve the human species. Most of the genetically modified (GM) food in the world sprouts on American soil, but the practice is growing in Argentina, Canada, Brazil, and China, to name just a few.

Maybe the strangest part of GM food is that most people have no idea they eat it. The majority of Americans don’t know how it’s done, why it’s done, how it’s regulated, or why they should care. The Grocery Manufacturers of America estimates that 70-75% of all processed foods in your local grocery store contain ingredients from GM plants. Genetically modified food: it’s what’s for dinner.

So why remix food genomes? It depends. Some GM food is designed to resist diseases, insect attacks, or herbicides regularly used in modern industrial agriculture. Plants can be made hardier and more tolerant to environmental stress such as drought or irregular weather. Crops can be made to mature faster (decreasing their growing time) and rot slower (increasing shelf-life). GM food can also produce higher crop yields, and be engineered to lack unwanted toxins (such as allergens).

But that’s not all. Genetic modification is giving a new meaning to the phrase “super food”. Crops are being engineered to produce more nutrients, vitamins, and all that healthy stuff. Work is also underway to turn plants into little pharmaceutical factories, pumping out desired drugs… is “Pfizer Farm” trademarked yet? And (of course) GM foods are specially tweaked to please your taste buds, engineered to make every edible on your plate that much more appetizing.

The ubiquity of GM foods – that 70-75% statistic – comes from its presence in staple ingredients for processed food. Soybean oil, cottonseed oil and corn syrup are three cornerstones of the Western diet, and each one is mostly likely GM-derived. Everything from bread and cereal to frozen pizza gets a dose, not to mention almost every soda on the market.

So now that it’s already in your body, wanna hear how it’s done?

In olden days, farmers had to modify crop genomes the old fashioned way: selective breeding. At the very least, they had to work with the genes already at their disposal (in their crops). No longer. Genetic engineering lets scientists plop totally new genes – ones that would never naturally occur in corn, for example – into the target species to produce a new effect.

Sort of like skinning a cat, there’s a number of ways to genetically modify a genome. Still, they all share the same principles: first, isolate a gene that does something interesting. Next, insert that gene into a vector: a virus, plasmid, or other stretch of DNA capable of invading a cell’s nucleus. Introduce the vector to the target organism’s cells, and allow the new genes to be incorporated into the original genome.

So who does the remixing? Most of the GM strains available to farmers have been developed, patented and marketed by the agricultural biotech giant Monsanto. If you didn’t just wince at your computer screen, you probably haven’t heard of them. Cue transition to controversy section.

Give Me Spots On My Apples

The heated debates around GM food are tricky to untangle. Monsanto, a biotech company leading the way in creating new food strains, is sort of your prototypical evil corporation. Okay, maybe “evil” is a strong word… Let’s go with “ethically questionable”. In the fine tradition of Chevron and Dow, Monsanto has been accused of every manner of unethical behavior. From dumping hazardous waste to bullying small farms, the company has a pretty nasty laundry list of unsettling policy and action. Worse, lots of higher-ups within the company have occupied positions in the EPA, the Department of Agriculture, etc. One begins to wonder where interests conflict. 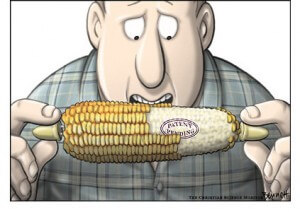 As Monsanto is the largest supplier of GM food seeds in the world, criticisms of GM food can be difficult to distinguish from attacks on the corporation itself. Bananas aren’t evil, but United Fruit was. Sure, Monsanto made Agent Orange… but is GM food a boon to mankind, innocuous but for the company that weilds it? Is it actually safe?

You might be wondering why you’ve never seen GM food labeled with a little “tinkered genome” sticker (I’m thinking a little double-helix would suffice). The FDA has approved all GM foods, and doesn’t consider the genetic engineering to pose any major risks to your health. Critics claim there haven’t been any long-term studies done (GM food has only been around for 20 years), that supportive research was biased or inadequate, and that the FDA rushed the approval. Others feel that GM foods might impact whole ecosystems in unpredictable ways, disrupting natural food chains in a sort of domino effect. A few countries – from Hungary to Venezuela – have banned GM foods altogether.

Unless you’re technophobic by nature (in which case, reading this blog amounts to masochism), it’s hard to deny the benefits of GM foods. In the 90’s, reworking the papaya genome saved Hawaii from having a staple crop wiped out by a virus. GM foods resistant to insect attack actually require fewer pesticides than their natural counterparts, a seeming win for the environment. Stress-resistant GM crops can survive droughts and disease, warding off famine in developing countries across the globe. Frankly, it’s amazing that we can remix our food to be more nutritious, disease- and pest-resistant, faster-growing, longer-lasting, and tastier to boot. 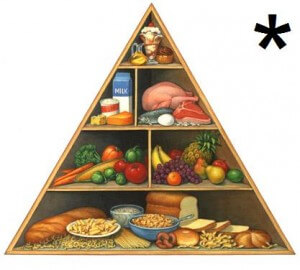 Like all of genetic engineering (say, artificial life), GM foods show the power of the modern biotech revolution. They have the potential to make us healthier, improve ag production, make pharmaceuticals, and survive hell and high water. Maybe future crops could recycle more nutrients back into dirt and help avert the looming topsoil crisis. What kinds of GM foods would you want to see?

But the benefits don’t erase the legitimate concerns over health and the environment. I wouldn’t want Chevron running the EPA; is having Monsanto officials working at the FDA all that different? Ecosystems are so intricately complex and interconnected that it’s difficult to determine the consequences of even small changes (the most important aspect of endangered species conservation). GM foods are so new and exciting, it’s possible that our best science isn’t yet capable of understanding its long-term consequences (making regulation a dicey process). And with Monsanto patenting every crop they remix, it won’t be long until they own the genome of every fruit and vegetable you eat.

So that’s what all the fuss is about.  Given their widespread (and spreading) use, it’s important to keep you, dear consumer, up to date on the food that hits your plate. So now you know, and knowing is half the battle.