A Warning to LCDs – Watch Your Back, AMOLEDs are Coming 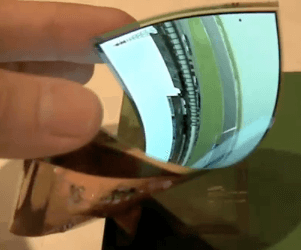 If you, like me, tend to drop your electronic devices and have spent countless dollars repairing cracked screens, rejoice!  The Active Matrix Organic Light-Emitting Diode (AMOLED) might be the answer to your problem.  Samsung recently unveiled a slew of new AMOLED products at CES 2011, and they did not disappoint.  By layering thin sheets of an electroluminescent organic material, Samsung has managed to conceive of an entire line of products that take LED displays to an entirely new level – these videos you have to see to believe.  From transparent displays to paper-thin deformable screens, Samsung has definitely set the AMOLED bar pretty high.

Most impressive are the paper thin, flexible display screens that deliver a crisp and uninterrupted picture even while being bent and twisted.  A 4.5 inch AMOLED display was less than 0.3 mm thick (!) with a 480×800 resolution.  That is a drastic departure from traditional, and much thicker, LCD and LED displays that require a glass substrate for support.  Unlike LCDs and LEDs, the light producing components in AMOLEDs are organic, non-crystalline (read: flexible) films that are sandwiched between a transparent anode and cathode layer.  Each resulting pixel is in series with its own thin film transistor, a switch that actively controls the electrical current delivered based on the required brightness of that pixel.  The continuous adjustment of current to each pixel results in much lower power consumption over traditional LEDs and OLEDs that don’t operate on a pixel basis, and over LCDs that require constant backlight to produce a picture.  For example, the black background on an LCD display still requires power because of that ever present backlight, but on an AMOLED the current to the black pixels is just switched off.  The lack of a backlight also results in a higher color quality and contrast ratio than in LCDs, though this also makes it harder to see in bright/sun light.  Further, because each pixel is actually emitting light (versus blocking the backlight in LCDs) AMOLEDs have a much greater viewing angle; this video contrasts the AMOLED Samsung S8500 and the LCD iPhone.

So what does all of this mean?  Essentially, the possibilities are endless.  You might be able to change the witty quote on your favorite AMOLED t-shirt, your favorite athlete might be waving at you from the AMOLED Wheaties box as you enjoy your morning breakfast, maybe even programmable wallpaper – who knows?

Imagine walking through a mall surrounded by giant screens playing runway shows and product demonstrations.  On closer inspection, you realize that these giant screens are in fact the store windows – giant AMOLED screens that display video but are also transparent and allow you to see into the store to inspect the goods.  Yep, Samsung thought of that – check out this video from the Samsung booth at CES 2011.

The display/window shows a red dress as it walks down the runway, and if you look through the display, there is the dress ready for you to purchase.  These transparent layers and light producing organic compounds might just revolutionize the way we shop – and a bunch of other things too.  Soon it may be possible to simultaneously check your email and walk down the street because you will be able to see through your screen.  I certainly won’t miss the stubbed toes and awkward run-ins with strangers.

Despite recent hype, this technology has been in use for years – the Kodak Easyshare LS 633 digital camera with an AMOLED screen was released in 2003.  Since then though, the technology has been relatively slow to take off, mostly due to manufacturing costs, and the inability to fill the demand of smart phone manufacturers.  Despite difficulties, many companies – namely Sony and Samsung – remain committed to developing the technology.  Their efforts seem to be paying off – AMOLED screens are used in current products such as Samsung’s Galaxy S smart phones and the soon to be released Nokia E7, next-gen Galaxy Tab, and Sony’s Cyber-shot digital camera TX100v.

So for now, this technology is mainly used in smart phones and mobile devices, but it isn’t hard to imagine the myriad of future (albeit distant) possibilities.  Perhaps one day the Super Bowl could be televised uninterrupted by commercial breaks – the camera could simply zoom in on the quarterback’s AMOLED covered helmet during a time out.  Or even better for advertisers, their commercials could play throughout the game, turning each helmet into a video display – after all as shown in this 2009 video, the displays can take a hit.

But come on, where’s the fun in that (not to mention that would give me a headache)?  Though AMOLEDs have the potential to revolutionize electronic displays, let’s hope this technology doesn’t go too far… because I am pretty sure that the E*Trade talking baby wouldn’t be nearly as funny without its own time slot. 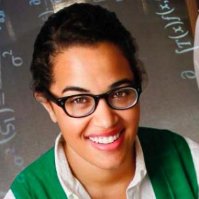