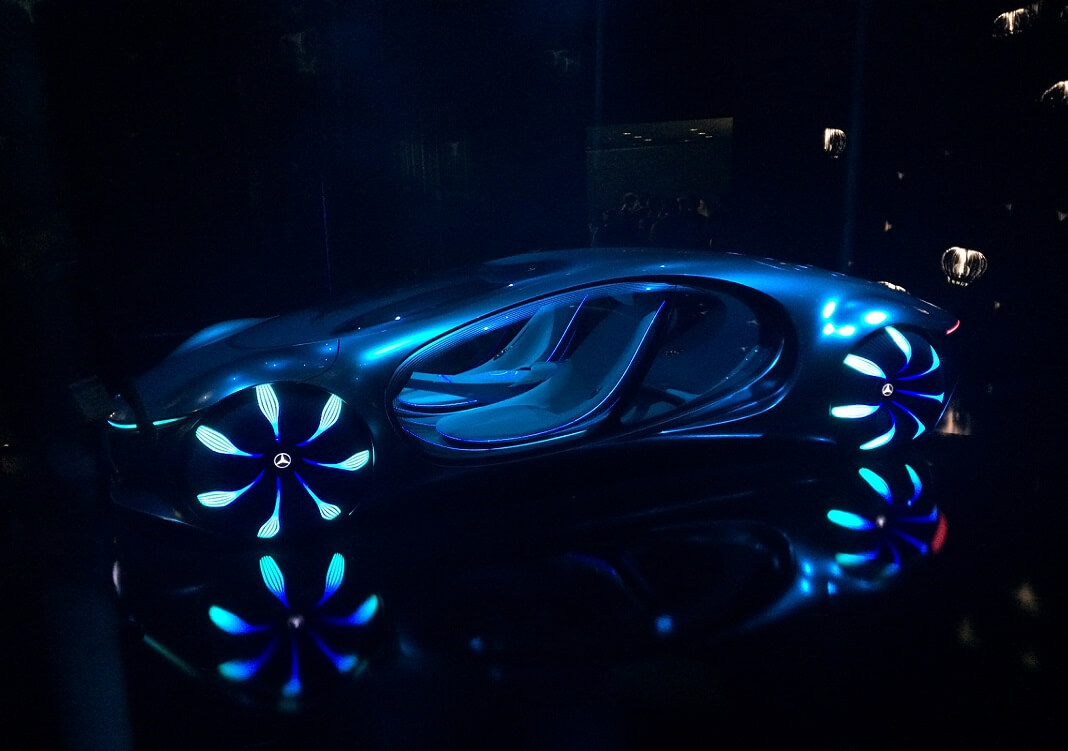 As you know if you’ve ever been to, heard of, or read about the annual Consumer Electronics Show in Vegas, there’s no shortage of tech in any form: gadgets, gizmos, and concepts abound. You probably couldn’t see them all in a month even if you spent all day every day trying.

Given the sheer scale of the show, the number of exhibitors, and the inherent subjectivity of bestowing superlatives, it’s hard to pick out the coolest tech from CES. But I’m going to do it anyway; in no particular order, here are some of the products and concepts that I personally found most intriguing at this year’s event.

Italian startup e-Novia’s Weart glove uses a ‘sensing core’ to record tactile sensations and an ‘actuation core’ to reproduce those sensations onto the wearer’s skin. Haptic gloves will bring touch to VR and AR experiences, making them that much more life-like. The tech could also be applied to digitization of materials and in gaming and entertainment.

I expected a full glove, but in fact there were two rings that attached to my fingers. Weart co-founder Giovanni Spagnoletti explained that they’re taking a modular approach, so as to better tailor the technology to different experiences. He then walked me through a virtual reality experience that was a sort of simulated science experiment: I had to lift a glass beaker, place it on a stove, pour in an ingredient, open a safe to access some dry ice, add that, and so on. As I went through the steps, I felt the beaker heat up and cool off at the expected times, and felt the liquid moving inside, as well as the pressure of my fingertips against the numbered buttons on the safe.

There was a slight delay between my taking an action and feeling the corresponding tactile sensation, but on the whole, the haptic glove definitely made the experience more realistic—and more fun. Slightly less fun but definitely more significant, Spagnoletti told me Weart is working with a medical group to bring tactile sensations to VR training for surgeons.

Sarcos Robotics unveiled its Guardian XO full-body exoskeleton, which it says can safely lift up to 200 pounds across an extended work session. What’s cool about this particular exoskeleton is that it’s not just a prototype; the company announced a partnership with Delta airlines, which will be trialing the technology for aircraft maintenance, engine repair, and luggage handling. In a demo, I watched a petite female volunteer strap into the exoskeleton and easily lift a 50-pound weight with one hand, and a Sarcos employee lift and attach a heavy component of a propeller; she explained that the strength-augmenting function of the exoskeleton can easily be switched on or off—and the wearer’s hands released—to facilitate multi-step tasks.

Hyundai and Uber partnered to unveil an air taxi concept. With a 49-foot wingspan, 4 lift rotors, and 4 tilt rotors, the aircraft would be manned by a pilot and could carry 4 passengers at speeds up to 180 miles per hour. The companies say you’ll be able to ride across your city in one of these by 2030—we’ll see if the regulatory environment, public opinion, and other factors outside of technological capability let that happen.

As evident from its name, Mercedes’ sweet new Vision AVTR concept car was inspired by the movie Avatar; director James Cameron helped design it. The all-electric car has no steering wheel, transparent doors, seats made of vegan leather, and 33 reptilian-scale-like flaps on the back; its design is meant to connect the driver with both the car and the surrounding environment in a natural, seamless way.

Offered the chance to ‘drive’ the car, I jumped on it. Placing my hand on the center console started the engine, and within seconds it had synced to my heartbeat, which reverberated through the car. The whole dashboard, from driver door to passenger door, is one big LED display. It showed a virtual landscape I could select by holding up my hand: as I moved my hand from left to right, different images were projected onto my open palm. Closing my hand on an image selected it, and suddenly it looked like I was in the middle of a lush green mountain range. Applying slight forward pressure on the center console made the car advance in the virtual landscape; it was essentially like playing a really cool video game.

Mercedes is aiming to have a carbon-neutral production fleet by 2039, and to reduce the amount of energy it uses during production by 40 percent by 2030. It’s unclear when—or whether—the man-machine-nature connecting features of the Vision AVTR will start showing up in production, but I for one will be on the lookout.

Waverly Labs unveiled its Ambassador translator earlier this year and has it on display at the show. It’s worn on the ear and uses a far-field microphone array with speech recognition to translate real-time conversations in 20 different languages. Besides in-ear audio, translations can also appear as text on an app or be broadcast live in a conference environment.

I stopped by the booth and tested out the translator with Waverly senior software engineer Georgiy Konovalov. We each hooked on an earpiece, and first, he spoke to me in Russian. After a delay of a couple seconds, I heard his words in—slightly robotic, but fully comprehensible—English. Then we switched: I spoke to him in Spanish, my words popped up on his phone screen in Cyrillic, and he translated them back to English for me out loud.

On the whole, the demo was pretty cool. If you’ve ever been lost in a foreign country whose language you don’t speak, imagine how handy a gadget like this would come in. Let’s just hope that once they’re more widespread, these products don’t end up discouraging people from learning languages.

Not to be outdone, Google also announced updates to its Translate product, which is being deployed at information desks in JFK airport’s international terminal, in sports stadiums in Qatar, and by some large hotel chains.

AI is making steady progress towards achieving human-like vision and hearing—but there’s been less work done on mimicking our sense of smell (maybe because it’s less useful in everyday applications). Stratuscent’s digital nose, which it says is based on NASA patents, uses chemical receptors and AI to identify both simple chemicals and complex scents. The company is aiming to create the world’s first comprehensive database of everyday scents, which it says it will use to make “intelligent decisions” for customers. What kind of decisions remains to be seen—and smelled.