Throughout history, mankind has strived to control the weather. Back in the day, you could sacrifice an animal or do a rain dance in an effort to win the favor of your god in hopes that he (or she) would provide some precipitation. Well soon, you may just need to call the scientists at Meteo Systems, a Swiss company developing a technology they’ve dubbed Weathertec. The idea is to erect giant ionizers wherever you’d like to have some rain. If the ambient humidity in the area reaches the required minimum of 30%, then you turn the ionizers on and start pumping electrons into the atmosphere. Assuming that you have high temperatures, the electrons will rise with the heat and water molecules will start condensing around them. At this point, you have clouds that will produce rain once they are dense enough. Simple right?! The jury is still out on this new technology, but at least you can skip the sacrifice!

The Weathertec system has been getting press since it was revealed that secret tests in the deserts of the United Arab Emirates (UAE) had met with some limited success. And not all of it has been good press. Many atmospheric scientists are skeptical of Meteo’s claims. And the company isn’t helping it’s cause at the moment as they are closely guarding the data from the tests in the UAE as well as the specifics of their technology. Until these two things are verified independently, we simply cannot know how well this idea works. And while it can’t be said with absolute certainty that the rainstorms produced in the desert weren’t of natural causes, the amount of precipitation that fell was definitely higher than the norm for that region. During the 4 months of summer there, ambient humidity reached 30% on 74 days and the ionizers were switched on. Fifty two times during those days, the area experienced rainfall despite there being no rain in the forecast. Does this mean Meteo Systems succeeded? That’s debatable.

Interestingly, this isn’t the first serious attempt to produce rain on demand. Chinese scientists were embarrassed in late 2009 when they used chemicals to “seed” clouds and produce rain in Beijing. What they didn’t expect was for air temperatures to fall suddenly and unleash snowstorms instead of rain! It seems that Mother Nature isn’t too keen on giving up her monopoly without a fight and perhaps we should learn some important lessons from the mishap in China. The following video of the Chinese weather modification results is modified from an original broadcast on Reuters.

Sure, being able to start a rainstorm at will would have some great upsides. It would substantially help us in fighting wildfires like those that have been ravaging Arizona for the past few weeks. Maybe it can even help minimize the chance of wildfires starting in the first place by creating enough moisture to keep shrubs and trees from igniting easily. And perhaps in combination with responsible water management and improved irrigation methods, they might help us avoid devastating famines that have led to some of the worst humanitarian crises throughout history. However, there could also be some real negative issues with weather modification. Clearly, there is only a limited amount of water in the atmosphere, estimated to be approximately 0.001% of the total water on the planet. Therefore, its reasonable to assume that removing this water from the atmosphere can have an impact on the global climate and disrupt natural weather patterns. If indeed this technology is proven to work, then there must be guidelines on it’s use. Sure, it’s another cool way for humans to master their environment. But we must exercise caution in doing so or we could end up doing more harm than good. 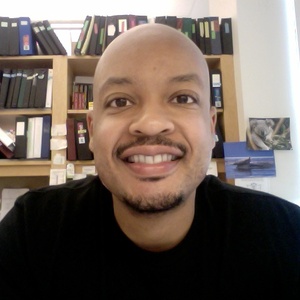