The Logic Behind Bailing Out the Auto Industry: Job Creation With Robotics

“Today, I’m calling for all of us to come together- private sector, industry, universities, and the government – to spark a renaissance in American manufacturing and help our manufacturers develop the cutting-edge tools they need to compete with anyone in the world… With these key investments, we can ensure that the United States remains a nation that ‘invents it here and manufactures it here’ and creates high-quality, good paying jobs for American workers.”

Noble words spoken by Obama to a focused audience. But there is much confusion about why manufacturing is important, and even more confusion as to how robots – which displace workers – are necessary for America to retain it’s competitive edge and manufacturing prowess.

The auto industry is a big user of robots and also a big employer. The extent of its collapse played havoc with communities all over the country where laid-off employees drained the coffers of unemployment insurance and didn’t contribute taxes to the community from their wages and purchases. Aside from the pain of the situation and the myriad ways that it affected the people in those communities, the broad view shows how interrelated we all are to manufacturing – and to the auto industry.

The confusion and obfuscation from politicians has been constantly in the news. Since 2008, when President Bush approved a $17.4 billion auto bailout, the first of many loans that trailed into the Obama Administration, pundits and politicians have derided it, ridiculed and as Mitt Romney mildly labeled it as “[the] wrong way to go” without ever suggesting the right way.

Manufacturing is a critical component to the health of a country’s overall economy. The most clear example of why this is is the trickle down effect that happens when a 3rd shift is added to an auto plant.

When automakers add overnight production lines, many companies, communities and individuals benefit. This is significant because at the lowest point of the economic crisis, most auto plants reduced staff and ran just a single shift; second shifts returned throughout 2011 and recently third shifts have begun. GM, for example, is adding more than 4,300 3rd shift jobs in four states.

The trickle down effect is described in a Bloomberg Businessweek article: A third shift typically requires about 1,000 autoworkers and creates about 7,850 spinoff jobs (7.85:1) ranging from police and fire workers to construction, retail, and restaurant employees. A night shift added at a GM factory also adds night shifts at childcare centers, cafes, bars and dry cleaners. Other service businesses stay open longer hours as do dentists and other professional services. Wages and taxes flow into the community from all these new workers. Sixty percent of spinoff jobs occur within a 60-mile radius of the factory where the new workers are employed.

In a press release picked up by all the major news media, the International Federation of Robotics predicted that robots will contribute 1 million new jobs in this decade and will save another 2 million jobs from going offshore. Their commissioned study reported that:

In world terms, three to five million of jobs would not exist if automation and robotics had not been developed to enable cost effective production of millions of electronic products, from phones to playstations.

Other headlines exclaim that robot sales in 2011 exceeded all expectations and that hiring demand for robotics jobs grew 44% year over year. According to WANTED Analytics, a real-time talent analytics site, there were over 2,100 U.S. job ads for robotics skills in January, 2012, a 44% year-over-year growth rate from 2011.

The IFR also reported that investment in robot installations surged globally in 2011 to 150,000 units sold – a year-over-year growth of 30%.

What are the figures for robotics? What is its spinoff rate?

In a recent study commissioned by the International Federation of Robotics, the ratio for job creation was determined to be 3.1:1 for every robot deployed.

Jobs are created at the robot manufacturer’s site, at the factory where the robot is deployed, and also at companies that install, configure and maintain the robots.

At the site where the robot is deployed, even though some jobs are replaced by robots, many jobs are preserved from moving to lower cost labor factories offshore. There is much evidence proving that with more robots, fewer jobs are lost. That’s why Germany, with it’s hourly rates almost 50% greater than in the US, has remained competitive: they have twice as many robots per employee as do the Americans. There are also ancillary jobs created at educational institutions that teach robotics, at robot component suppliers, and at engineering and consulting companies that provide integration services and equipment.

The IFR Metra Martech study showed that 300,000 workers are directly involved in the manufacture and operation of robots and an additional 3 million jobs were created in factories where accuracy and consistency could not be achieved without robots; and another 300,000 jobs were created where poor working conditions were overcome by the use of robots — 3.6 million total. Most of these workers are in the electronics (1.2 million) and automotive (1.5 million) industries. Thus the Metra Martech study is suggesting a ratio of 3:1 based on the 1.15 million industrial robots presently at work around the world.

The study goes on to suggest that an additional 2-3 million jobs were created in situations where employment would be wiped out if manufacturing costs were not reduced [i.e. saving jobs rather than adding to employment]. This is a western industry problem, the problem of moving jobs offshore, caused in the past 20-30 years by the growth of industries in the low cost countries, particularly China and India. The report also adds another 3-5 million jobs created downstream by new products and services (jobs in the form of design, engineering, distribution, handling, marketing, sales, etc.) that wouldn’t happen without the use of robots. It’s a little far-fetched to add these two figures to the previous ratio but, if we did, then the ratio would be 8.4:1, a figure that is closer to the ratio in the auto industry (7.8:1) described above.

Projections for this decade in industrial robotics

In the next few years, as the cost of sensors and lightweight robots become more affordable and artificial intelligence enables robots to be more intuitive and trainable, the marketplace of industrial robot users will increase significantly. SME’s – Small and Medium Enterprises – companies with less than 250 employees – will be able to acquire, train and quickly utilize portable robots to help them become competitive in the global marketplace by enhancing productivity with robots.

Also in the next few years, the use of industrial robots in Asia will change the number of robots in use dramatically. Foxconn, the component manufacturer and electronics assembler, recently began a program to build and install 1 million robots by 2015. If achieved, that will almost double the world’s industrial robot population.

Projections from the IFR for the next few years suggest a gain of 14% per year. When combined with the opening of the SME marketplace and the massive investment into robots by Foxconn in China, the next 8 years in industrial robotics will be good ones for the robotics industry.

[source: This story originally published by Frank Tobe on Everything-Robotic] 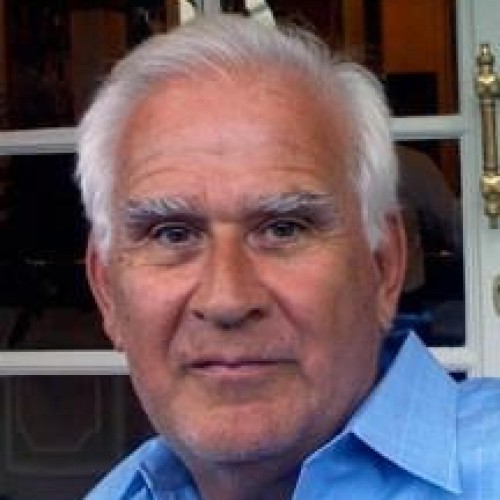 Frank Tobehttp://www.TheRobotReport.com
25+ years as consultant to the DNC and major presidential, senatorial, congressional, mayoral campaigns and initiatives all across the U.S., Canada and internationally. In early 2008, in a personal effort to learn about the robotics industry and the future of robotics, and with an eye toward selectively investing in publicly-traded and privately owned robotics businesses, I began an intensive research project that took me to Japan, Korea, Germany and all over the US and the Internet. My eyesight has suffered but not my mind. I love what I'm doing and finding out and, in an effort to share my research, I set up The Robot Report, to track the business of robotics and this blog to provide in-depth opinion and insights.
RELATED