The 3D printer space is getting crowded, but like many things, devices that are currently available fall into two camps: the high-end professional machines and the low-end DIY printers. Fortunately, this bimodal distribution of consumers couldn’t last and a company has launched a professional yet affordable 3D  printer on Kickstarter to fit in the gap. The goal of $100,000 in funding was aimed at bringing the product into full production.

The response? The Form 1 3D Printer from FormLabs smashed funding goal in 3 hours and crossed $1 million in funding in two days!

Form 1 is “a high resolution 3D printer at low cost” as the promotional video states. The first 25 backers gobbled up the device for $2,299, the next 100 claimed one for $2,499, and the current price of $2,699 is still available. It’s important to note that this price does not include shipping, which could be significant for the international community that already paid $2,999 to get theirs. Still, compared to the recently announced new Replicator 2 printer from popular MakerBot available for $2,199, the Form 1 is definitely within the budget of many in the market for a 3D printer.

Co-founder Maxim Lobovsky told Techcrunch that Form 1 is the “first 3D printer that takes affordability to the high-end, professional level.”

The campaign page from FormLabs takes the time to explain the technological improvements made in this printer by comparing the extrusion process of low-end printers versus the stereolithographic method of professional printers, which provides high accuracy. The team found a way to pull off stereolithography cheaply, allowing for 25-micro layers to be printed with the printer. FormLabs also aimed to make the user interface of its software more intuitive than typical CAD software and imports models from various CAD programs.

It is one of only a handful of Kickstarter projects to break  the million dollar threshold and notably, the only one that is not in the world of gaming or smartphone-related tech.

With over 3 weeks to go, hundred of backers enthusiastic about the product, and a ton of financial support, Form 1 is off to a great start.

Talk about being at the right place at the right time. The demand for 3D printers is on the rise with a growing online community sharing designs, numerous physical hackerspaces providing access to 3d printers to hobbyists, and a slew of printers offered by new startups entering the fray routinely. Numerous futurists and tech experts have predicted that 3D printing is the future of manufacturing, and while some focus on the technical capabilities of the printers, others are using 3D printers to produce phenomenal artistic creations.

Additionally, 3D printers have had a good run on Kickstarter. Last year, PrintrBot raised over $830,000 and B9Creator pulled in $513,000. With lower hauls but nonetheless successful campaigns, Bukobot grabbed $167,000 and the Vision 3D Printer raised $65,000 or about 2.5 times its funding goal. Yet, not all 3D printer projects have been successful. Two printers, the TangiBot and 3D DLP, never reached their target even though they were running around the same time.

In the case of Form 1, it’s success is likely due to its clean design and low-cost tech combined with arriving at just the right price point to meet consumer demand.

The printer seems to hit that perfect middle ground between professionals and enthusiasts. For professional designers and manufacturers, this is a potential money saving device and for businesses who have been on the fence about 3D printers because of their high cost, the printer is an ideal entry-level device to pilot designs. When it comes to enthusiasts who have been hacking together printers or are used to ones made out of plywood, the ability to use a professional grade printer for about the same amount that previous devices costs is a testament to how quickly the costs of technology fall.

Form 1 appears to be a dream come true providing a powerful device much sooner than one might have expected.

It’s worth keeping an eye on whether the project can have another burst of funding or whether it has simply plateaued as many breakout crowdfunded projects appear to. Regardless, FormLabs has been given a strong vote of confidence that they are the right team to bring 3D printing a big step closer to the mainstream. 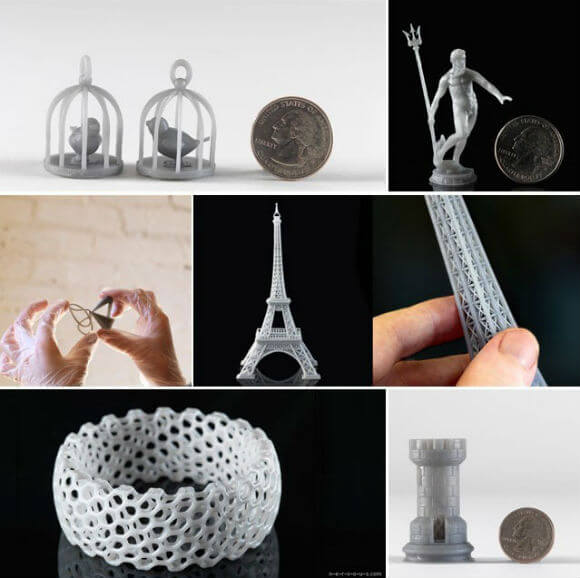