Turns out all this snooping is legal, even if it sounds iffy at first. Whatever information leaks onto public land and airspace is fair game—folks just couldn’t as easily or usefully detect it in the past. But technology is rapidly changing all that.

Cushing houses the largest oil storage facilities in the US. In recent years, oil has flowed in faster than out—by a lot—because Cushing is short on pipeline infrastructure. Oil that can’t easily be delivered to refineries drops in price, theoretically, to make up for the cost of alternate transportation. But more generally because nobody wants a product they can’t easily get at and use. So, the spread (price differential) between cheap crude in Cushing and more expensive international Brent crude is historically huge.

Basically, if you can figure a way to cost effectively get oil out of Cushing—on trains, trucks, or barges, for example—you can pocket what’s left of the spread after you sell it to refineries on the coast. But taking that risk requires forecasting the price of Cushing oil, and forecasting prices requires timely supply data.

So, to get the most up-to-date supply information to traders (the IEA releases Cushing storage numbers but once a month) data providers are going high tech. 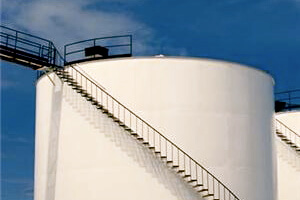 Louisville-based Genscape, for example, employs infrared photographers to spot thermal differences in storage tank walls to compute oil levels inside; they fly helicopters twice weekly to check levels inferred by shadows cast by floating tank roofs; they set monitors under powerlines to guage electricity use and therefore oil flow in and out of storage facilities. And then there are the satellites. Bloomberg affiliate DigitalGlobe flies three satellites over Cushing twice a week to snap high resolution photos of the facilities.

The more information, the better for traders. But of equal interest is how technology is blurring the distinction between public and non-public information.

Snapping photos of WalMart parking lots isn’t too controversial. After all, anyone is allowed on the property. But what if we took the Cushing example a step further? Imagine data providers placing advanced listening equipment on public land near a private office space. Such a strategy isn’t far removed from monitoring electrical flow to infer “private” energy use.

Does that make anything discussed inside public information because anyone with the right technology can detect the signal (sound waves, EM radiation, whatever) on public land? Can traders legally act on that information? Where’s the line?

Intuitively, the answer is no, of course not. But legally?

Not too long ago prosecutors had a hard time pinning an insider trading rap on a hacker because the Securities Exchange Act of 1934 wasn’t written with hackers in mind. Heck, it wasn’t even written with computers in mind.

All this begs the question: How gracefully will our definition of public and non-public information keep up with exponentially advancing technology? As the pace of technological development accelerates, the lagtime between laws and technological capability will only increase. Something will have to give.

Ultimately, new technology will force us to modernize governance. But hopefully, that’s a deliberate process—a sharp revolutionary shock being a less palatable alternative. In the meantime, businesses will fight traditional privacy incursions in court and with shielding tech of their own.

And maybe that war goes on in perpetuity. 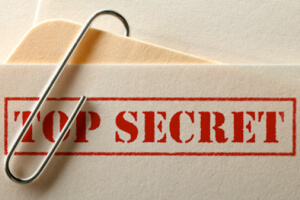 But we might also witness changes in the norms governing public and private information. Already, individuals are reconciling themselves to a kind of radical openness by way of smartphone app and social networking.

Such radical openness might one day extend to market information too. Our current conception of non-public information may seem downright archaic to future generations. (“They just didn’t appreciate the benefits!” they’ll say.)

Increased information could potentially ease markets past bubbles and busts. The less there is to guess, the more efficient markets become, and the less violent their fluctuations to correct business and investor misperceptions.

Perhaps some combination of radical openness and future AIs like IBM’s Watson sifting all that new info will calm Keynes’s animal spirits. In the meantime, expect some tension between private interests and information gatherers as we hash out a workable definition of private and public information in the age of exponential technology.