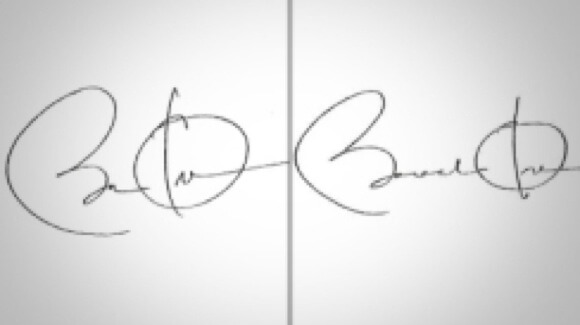 The end of 2012 was a rocky ending for US lawmakers. While their citizenry was popping corks, they were desperately trying to stave off the “fiscal cliff” and thus spare us at least one pounding headache. Their efforts culminated on January 3rd when they finally passed a bill that they hope staves off the fiscal cliff.

Problem though. President Obama needs to sign the bill, and he’s 4,800 miles away in Hawaii.

No problem, they have the autopen.

The autopen is a machine that signs documents for you. Or, rather, transfers your signature to a sheet of paper. A file containing Obama’s signature can be sent by email, stored on a USB flash drive, then transferred to a card that is read by the autopen machine. The all important document is placed beneath the machine with a pen attached, and the signature is signed.

Obama has actually used the autopen two times prior: Nov. 28, 2011 while at the Pacific regional talks in Indonesia and May 26, 2011 in France while attending the G8 Summit. Interestingly (or annoyingly I suppose, based on your political leanings) Rep. Tom Graves (R., Ga.) questioned the constitutionality of a Presidential signature by way of machine after Obama had signed the bill from France extending the life of the Patriot Act. “I thought it was a joke at first,” he said.

Here’s a video of one type of autopen called Ghostwriter (it’s not known, however, whether or not the Ghostwriter is the same type the White House used to save Obama the second trip from Hawaii in a week).

Sometimes a president gets so busy it’s almost as if he has to be at two places at once.