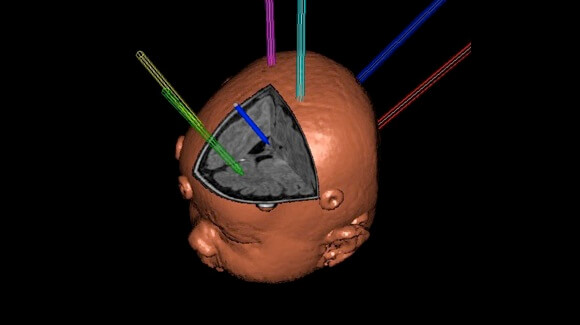 Chalk up another victory for gene therapy. A recent clinical trial has shown that gene therapy can be used to extend the lives of children with a rare brain disorder that typically proves fatal in the first few years of life. The oldest child to benefit from this reversal of fortune has reached an amazing 18 years of age.

Canavan disease is a genetic disorder in which an enzyme, aspartoacylase, is missing. Aspartoacylase breaks down the metabolite aspartic acid in the brain. In individuals with Canavan disease aspartic acid accumulates to abnormally high levels in the brain and the brain’s white matter deteriorates. Symptoms usually appear between 3 and 6 months of age and include delayed motor development, abnormal enlargement of the head, epileptic seizures and blindness. Children with Canavan disease are also quiet, less active and less responsive. Only about 600 people in the world suffer from the genetic disorder which is particularly prevalent among the Ashkenazi Jewish population, affecting approximately 1 in 6,400 to 13,500 people. Currently, there is no cure for the disease. Death normally occurs before 18 months of age, although a rare number do survive to adulthood.

Because Canavan is caused by a defect in a single gene it is a suitable target for gene therapy. The scientists at the Cell and Gene Therapy Center at the University of Medicine and Dentistry of New Jersey in Stratford attached the missing gene to an adeno-associated virus then injected it directly into the patients’ brains. The hope was that the virus would insert the new gene into the brain cells, giving them the ability to produce the missing enzyme. Thirteen children participated in the phase 2 trial, ranging in age from 3 months to 8 years old.

Two important measure of effectiveness for the therapy were incidence of seizures and alertness. For 11 of the 13 children seizures decreased (two did not have seizures prior to or following therapy). And 10 of the 13 became more alert. Interestingly, it was the three oldest children that failed to become more alert, suggesting that the therapy is more effective in younger children. The oldest child, now age 18, still has major cognitive deficits, but can answer “yes” and “no” to questions by blinking or opening her mouth. “These findings strongly suggest that early detection and treatment in the neonatal period may offer the best chance of a cure,” lead scientist of the study, Dr. Paola Leone, said in a press release.

A study documenting the trial was published in Science Translational Medicine.

The purpose of the trial, begun in 2001, was to demonstrate the longterm safety and efficacy of the therapy. Adeno-associated viruses are the gene carriers of choice as they don’t incorporate into the patient’s own DNA, which can cause the cells to become cancerous. Right now the cost for the therapy is $100,000 for the first two years. The researchers are reaching out to private sources to fund a third clinical trial that would include a large number of patients in what they hope would be the final step in making the therapy a bonafide treatment for Canavan disease.

The addition of aspartoacylase was correlated with reduced accumulation of aspartic acid in the brain and tissue deterioration. But despite the therapy’s effectiveness, it is not yet known whether or not the buildup of aspartic acid is the actual cause of the white matter deterioration that is associated with Canavan disease. It remains possible that the missing aspartoacylase leads to the tissue breakdown in some other, as yet undiscovered way.

The trial is just the latest in a growing number of triumphs for gene therapies. Over the last several years the therapies have been used to successfully help the blind to see, stop bleeding in hemophiliacs, and improve the symptoms of Parkinson’s disease patients. And last July a gene therapy drug was approved for the first time. We are still at the early stages of a gene therapies trajectory that is beginning to take off. Hopefully for the Canavan disease treatment and others to follow, the sky’s the limit.